History of the Ducati Monster

Earlier this year, the 350,000th motorcycle to wear the Ducati Monster badge rolled off of the production line at the Borgo Panigale factory, nearly 30 years after the first. The model that celebrated the landmark was a new Monster 1200 S “Black on Black”, with Claudio Domenicali, Ducati’s big boss, handing the bike over to its new owner to mark the occasion.

With such a milestone achieved, we’ve taken a look back at the legendary Ducati Monster journey. With a new Monster launched for 2021, there are still many chapters to be written… 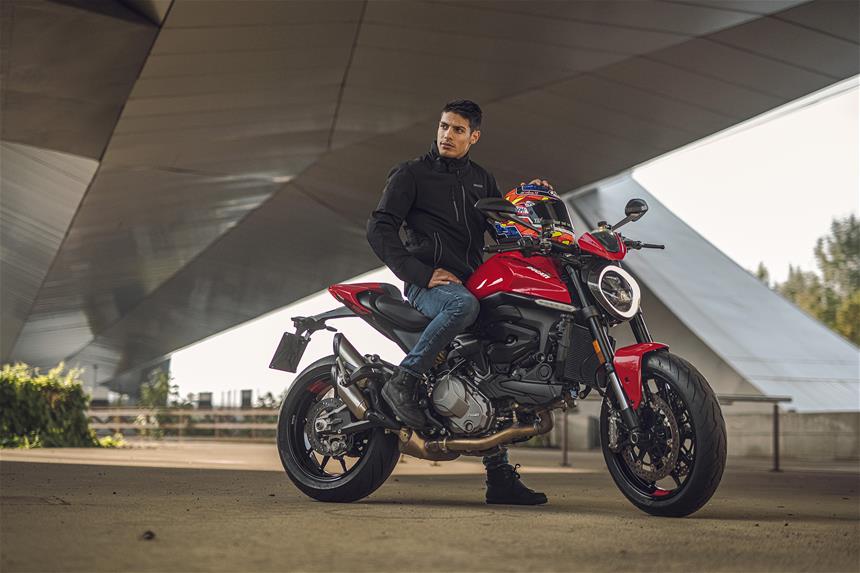 A Monster is born

Ducati’s 916 may have grabbed the headlines with its racetrack pedigree and bedroom poster good looks, but in the mid 1990s it was the original Monster 900 that saved the company from certain bankruptcy. The first generation of the iconic naked were parts bins specials, created using mainly parts from the faired SS models and a frame based on that of the 851 superbike, but somewhat surprisingly, the Monsters sold like nothing else Ducati had made before.

The first Monster was created in 1993 when the Italian marque decided they needed a model that didn’t look like a race replica or anything else in their line-up. So much so, they completely removed the fairings, as well as anything else deemed unnecessary, to try and attract a new type of rider, and boost much needed sales.

Rather than designing a totally new chassis, the Ducati engineers stuck to what they knew, and built the naked bike around the steel trellis frame for which it was already famed. It proved to be a winning formula and the result was the inaugural M900 model, in which Ducati was able to claim a new segment of the motorbike market – the sports naked category. 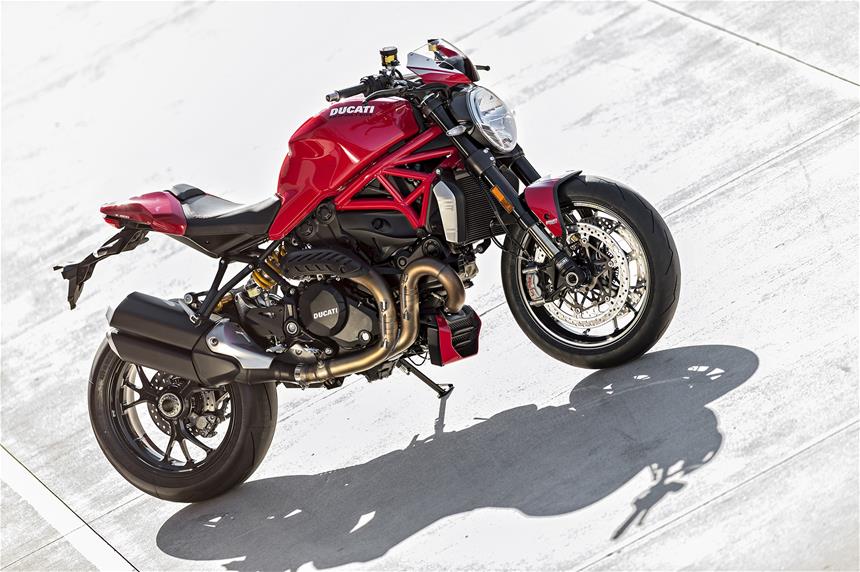 Over the course of almost 30 years since the M900, the Monster has changed and evolved both technically and in the looks department, but its goal as a motorcycle has remained the same – to be fun to ride, and to inspire new generations of riders.

The 1994 Monster 600 was even cheaper, and opened up the world of Ducati to younger riders. There was also the not-so-favourable M750, which was a decent enough bike but was too close to the other models to really make an impact. Ducati needed to re-inject some excitement into the brand in 1998. That came in the form of added accessories on the M900, which paved the way for the first ‘S’ model Monster, the M900 S, which arrived with carbon side panels and mudguards, a small screen and fully adjustable Showa forks.

A big part of the appeal of the Monster has always been its accessibility. With a low seat height and relatively soft power delivery, the range has always offered an attractive proposition for shorter and less experienced riders, while the entry level models carried competitive price tags despite the alluring name on the tank.

At the turn of the new millennium, the M900 got fuel injection and increased power by 11bhp. It also came equipped with a new digital dash, as well as the Showa forks previously reserved for the ‘S’ model. The smaller capacity Monster 600 and M750 got the fuel injection treatment a few years later before, in 2001, Ducati took a controversial step in making the first water-cooled Monster, the S4. 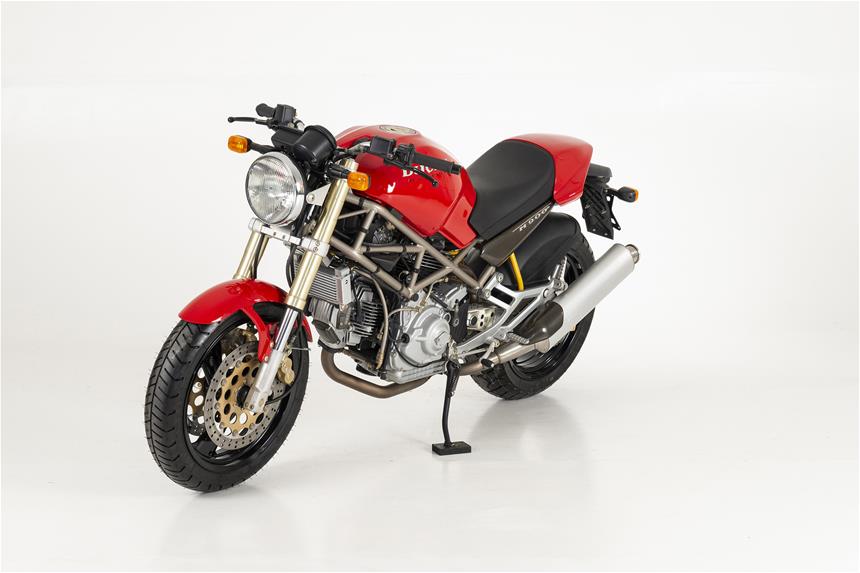 With the ‘4’ representing the number of valves per cylinder, the S4 was powered by an adapted version of Ducati’s desmoquattro engine from the iconic 916 superbike, which produced a 101bhp and made it the most powerful Monster to date. Although still very ‘Monster’ in its appearance, the reason the S4 invited controversy from Monster die-hards at the time was due to its liquid-cooled engine, going against the air-cooled tradition and naturally came complete with a whole host of pipes and hoses that they just weren’t into. But it was a sign of things to come later down the production line.

The S4 Foggy Replica launched a year later in 2003 and saw the S4 increase in capacity to 996cc and become the S4R with its single sided swingarm and twin stacked pipes. As if the S4R wasn’t outrageous enough, Ducati released the bonkers S4RS in 2007 with Ohlins suspension and 998cc testastretta engine pumping out 126bhp.

Electronics arrived on the Monster M1100 Evo in 2011, in the form of traction control and ABS on the top of the range model, then in 2014, water-cooled Monsters took over in the shape of the M1200 and M1200S. The 821 finally called time on air-cooled Monsters for good a year later in 2015, making way for the next generation of water-cooled motors. 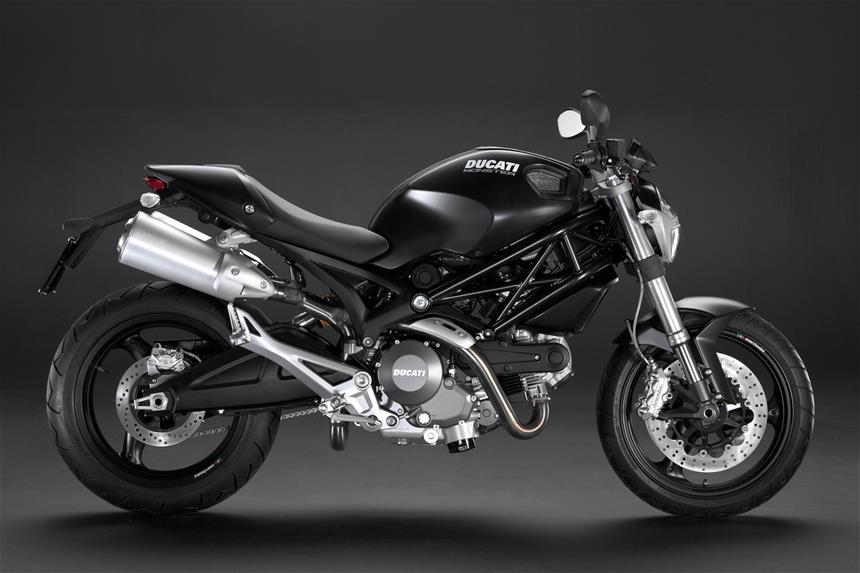 On 2nd December last year, Ducati presented the latest generation of the Monster which will arrive in dealerships in April this year priced from £12,295. At first glance the styling looks more KTM Duke than previous Monsters, which have had more aggressive stances styled into them in the past few years. Simplicity has always been a big part of the Monster appeal, and Ducati have gone back to the basics and created a new type of motorcycle which is lighter and more accessible than the outgoing model.

Replacing the old 821cc bike, the 2021 Monster utilises Ducati’s 937cc Testastretta engine which has previously seen action in the Hypermotard and SuperSport. The Euro5 spec engine delivers 111bhp, similar to the old 821 unit, but is almost two-and-a-half kilos lighter than the outgoing power-plant.

Saving weight has been Ducati’s mantra with this year’s Monster. Where older models have piled on the pounds with each passing version, Ducati has wiped the slate clean and put the 2021 model on a crash diet. Out goes the traditional trellis frame, replaced by an aluminium front frame in the style of the Panigale V4 superbike. That weighs just 3kg, 4.5kg less than the old item: wheels are 1.7kg less, rear subframe is 1.9kg down and the swingarm 1.6kg lighter. In total the new Monster is 18kg down on the outgoing model, weighing in at just 166kg dry.

Judging by the images released for the launch of the new Monster, it’s performance certainly looks all the better for the weight saving, new electronics package, motor and frame.

From the very first Monster M900, the M600 which opened the world of Ducati up to younger riders, to the second generation with the 696 and 1100 models, passing through the four-valve versions, up to the most recent 797, 821 and 1200 models, the Monster represents a huge success story for the brand, Ducati as a business and the motorcycling industry as a whole.

While early examples are now entering classic motorbike territory, the real legend of the Monster is the way in which it saved Ducati when it was on the brink, and how it has helped so many motorcyclists start out their two-wheeled careers.