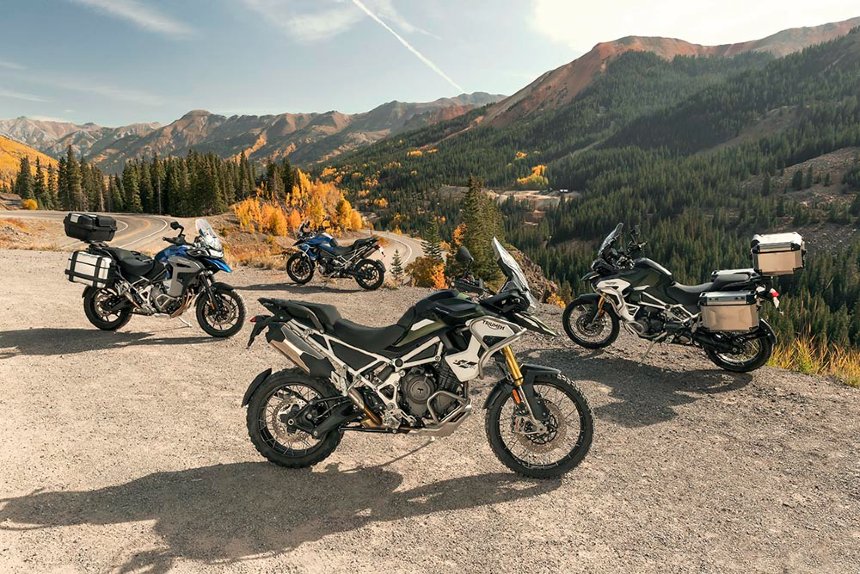 Lighter, more powerful and more refined than ever before. Could this be the range of Tigers that we’ve all been waiting for?

In a sector that’s dominated by the BMW R1250GS and jam-packed with incredible machinery, Triumph’s big Tiger has never quite had that edge to be the very best. But with a serious overhaul for 2022, they look set to address that imbalance with an all-new machine that looks set to pack a serious punch.

At the heart of the new Tiger range is an all-new 1160cc ‘T-plane Triple’ engine, which really is all new – every single aspect, from the bore and stroke to the clutch, has been built from the ground up. This means that it now pumps out an impressive 148bhp at 9000rpm alongside 130Nm torque at 7000rpm, which is considerably more than the previous 1200 and brings it closer in line with most of its competition.

This is thanks to a whole host of new tech that includes what they call their new T-plane crank and an uneven firing order, which not only creates a more responsive feeling from the bottom of the rev range all the way through to the top end, but also a nice soundtrack too.

It’s not just the engine that’s new either, as Triumph have been hard at work on the handling side of things too. Not only have they shaved a whopping 25kg from the previous model, but now the new Tiger comes equipped with a new frame sub-frame and suspension package which has been completed by top notch Brembo Stylema brakes for good measure.

Triumph tell us that the ergonomics of the Tiger have been improved massively for better feel at both low and high speeds, while handguards are now standard for all five of the Tiger 1200 for the first time as well.

Although the spec varies from model to model, as you can imagine it comes with a whole host of bells and whistles in the tech department, including up to six riding modes, 7” TFT dash, an IMU and cornering traction control and ABS, Showa semi-active suspension, keyless ignition, and even a quickshifter and autoblipper on every model except the base GT. If you opt for the GT Explorer and Rally Explorer models, you get the new Triumph Blind Spot Radar System too.