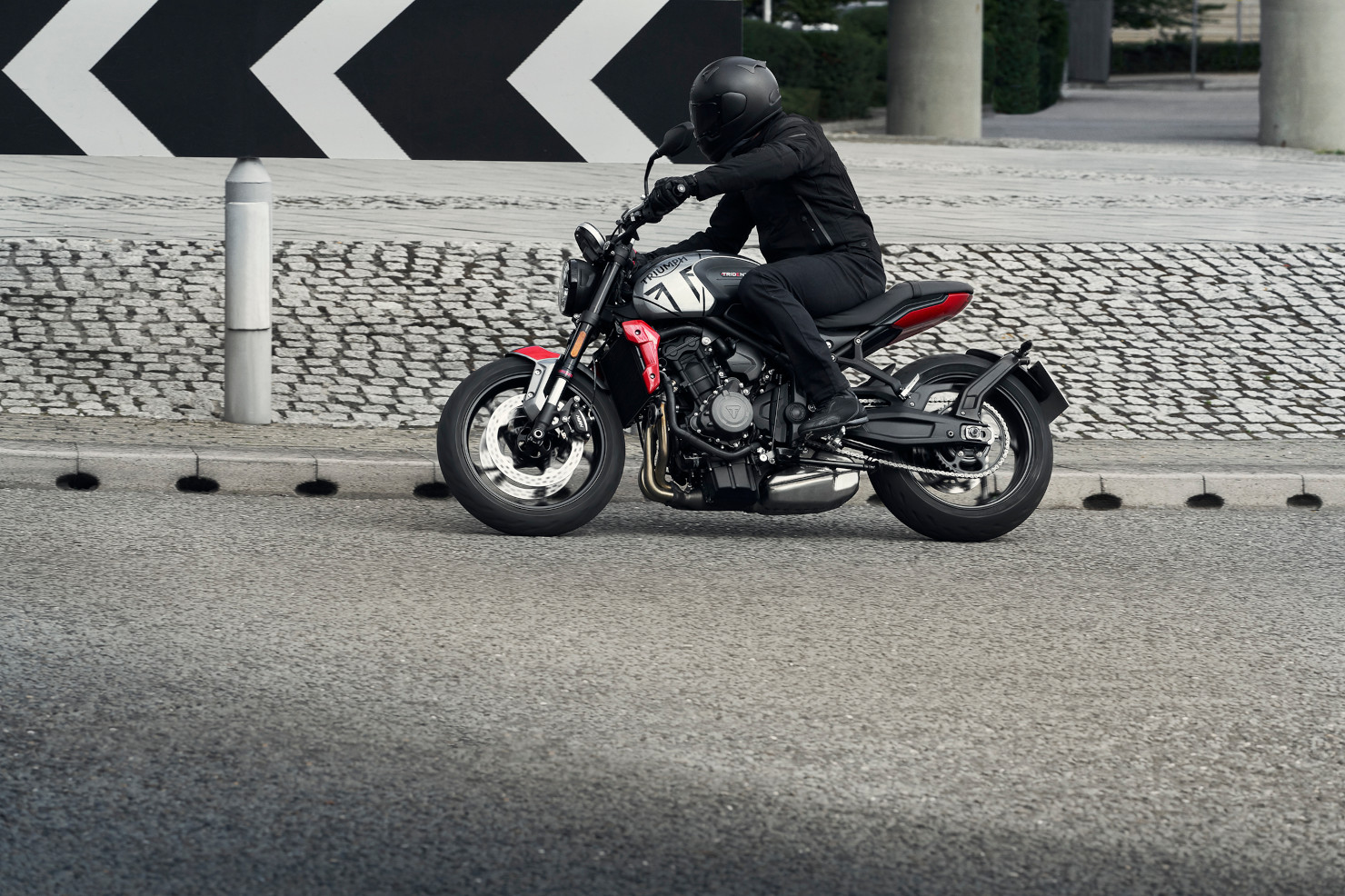 Just because you’re a young rider, it doesn’t mean that you need to be stuck with a boring motorcycle.

In recent years, A2 licence rules have come in and mean that new riders under 24 will need to spend two years on a power limited. These ‘A2’ rules limit the bike to 35kw (just under 47bhp) and while many lower capacity bikes are designed specifically to be ridden by A2 licence holders (such as Honda’s CB500 range and Kawasaki’s Z400) there are a new generation of larger, middleweight, machines which can be restricted to meet the rules.

The key thing to know is that only bikes with an original maximum power output of 70kw (93bhp) can be restricted, which is why many new bikes are engineered to deliver exactly that power. The main benefit of purchasing one of these restricted bikes is that you will be able to derestrict it when your licence allows. You may also find that the torque characteristics of your larger engined bike will create a more relaxed riding experience, while many riders simply enjoy riding a bigger and more prestigious machine, even if the performance is similar to other A2 category bikes.

This year has seen many new or revised models introduced, many of which can be modified for A2 use. Here’s five of our favourites… 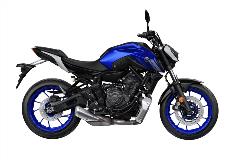 Yamaha’s MT-07 has been a middleweight sensation since it was first introduced in 2014.

Whereas most middleweights of the time were built using existing components from the parts bin, the MT-07 was a ground up new design with a dedicated two-cylinder engine designed especially for the bike, which was light and super competitively priced.

The arrival of the MT-07 led to the other manufacturers upping their game, and Yamaha too made subtle changes to keep their bike ahead of the pack.

While this year’s model is not exactly all-new, it is a fairly comprehensive overhaul with more aggressive new styling to go with the now Euro5 spec engine. In full power, the MT-07 delivers 73bhp but the good news if you’re restricted to the 47, is that the wet weight (that’s the weight ready to ride, including fuel) is just 184kg, making it agile and great fun to ride. 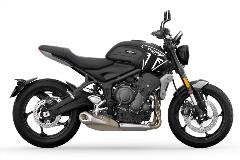 Over the years Triumph has tended to have gained a reputation for building bigger bikes, but they’ve had more than a few successes in the middleweight divisions too, most notably with the Street Triple and entry level Bonnevilles.

Previously their traditionally styled Street Twin the main point of entry for A2 licenced riders, but for 2021 they’ve a new entry level model in the Trident 660.

The Trident may be an old nameplate from the classic Triumph collection, but the bike is more or less all-new. At £7195, it undercuts the Street Twin by the best part of £1000 and is priced to go up against competition from the Kawasaki Z650 and Yamaha MT-07.

With a three-cylinder engine, developing 80bhp in full power trim, it offers a lot of performance for the money and Triumph will be hoping that it attracts a youthful new audience to the brand. They’ve been going big on A2 bikes this year, with the new Tiger 850 Sport also able to be restricted and a tie-up with India’s Bajaj company also expected to deliver some smaller capacity, pure A2 models in the not too distant future. 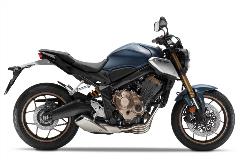 In many ways, Honda’s CB500 range are the perfect A2 licence motorbikes. They’ve been designed from the ground up to make 47bhp and have all the attributes required for rookie riders: light weight, low running costs and a bargain screen price, but for some riders, especially those looking to keep their bikes when they upgrade to a full licence, a larger bike may represent a better investment.

Honda’s CB650R ticks all the boxes for many riders. It’s a ‘proper’ four cylinder roadster and looks and feels like a big naked bike, very similar in style to Honda’s own CB1000R. The £7199 650 has had an update for 2021, giving it an even more premium, big bike, feel with equipment such as Showa big piston forks and new LCD dashboard. Unrestricted, it makes bang on the 95bhp limit, although at 202kg it’s the heaviest bike in our selection.

For riders looking for a sportier ride, Honda’s CBR650R utilises the same platform but is fully faired. 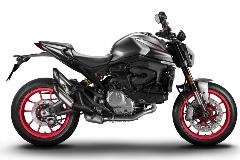 A Ducati Monster? For a novice? Surely some mistake! Nope, you read that right, despite Ducati’s new Monster delivering a claimed 111bhp from its 937cc V-twin motor, you too could be riding this Bolognese icon on an A2 ticket.

How so? Well, A2 licence bikes are a big deal – especially in mainland Europe – and to capture that opportunity Ducati has announced that you’ll be able to buy a 95bhp Monster to special order which, in turn, can be legally restricted and ridden on A2.

Having evolved since the introduction of the first model in 1993, the Ducati Monster has become a real icon over the years. The new model is pretty much an all-new bike, swapping the traditional steel trellis frame for an aluminium front frame developed from the Panigale superbike. The styling is also completely updated and with Ducati putting the Monster on a comprehensive diet and offering a set height as low as 775mm, the Italian stallion is super accessible for novice riders.

At £10,295 the 2021 Ducati Monster is the most expensive bike in our selection, but it is a premium model packed with all the latest equipment. 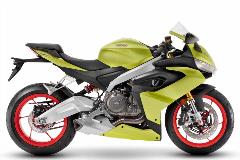 Sales of middleweight sports bikes have dropped off in recent years but Aprilia are trying to buck the trend with a new take on the class.

The RS 660 focusses on light weight and high tech. The 660cc parallel-twin motor is essentially half an RSV4 unit, and also utilises the superbike’s sophisticated electronics package.

As with the Monster, the RS 660 needs to be ordered with a 95bhp engine as standard, which can be further restricted for A2 licence holders. As the full power version makes 100bhp, A2 licence holders won’t be missing out on too much performance when they pass their test and derestrict.

Mind you, even in 47bhp form the RS 660 promises to be great fun.  The Aprilia has been receiving great reviews and with just 183kg to haul around, performance should remain lively for novice riders.