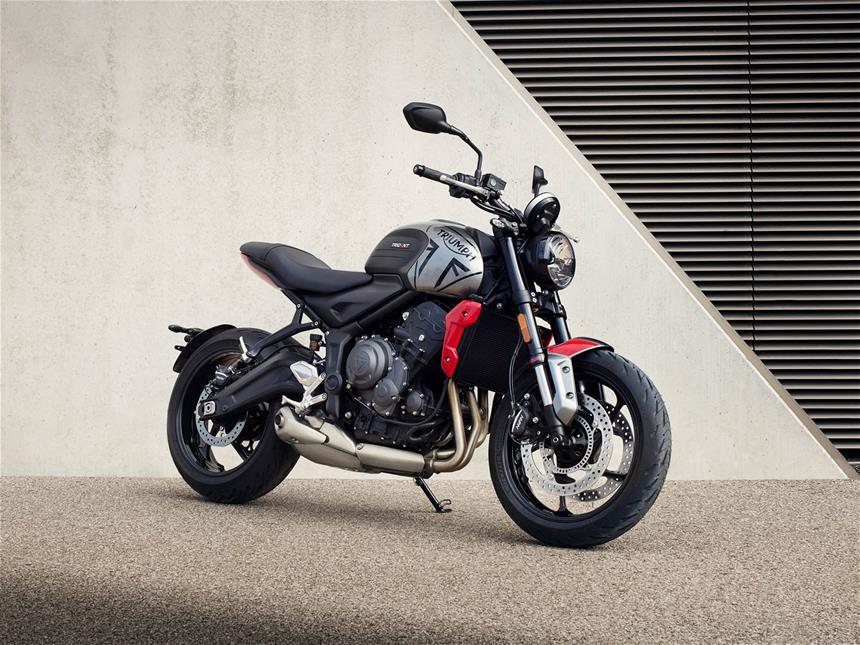 See a bright orange Harley-Davidson and you instantly think of XR750s flying sideways round a dirt track oval. Back in the 1960s, riders like Cal Rayborn were legends, tucked in with one hand on the fork legs before diving into an 80mph dirt corner, fighting with superstars like Kenny Roberts and Dick Mann. That’s what I think when I see one, anyway!

Fast forward nearly six decades and the paint scheme may have evolved, but it still evokes special memories. I’m sitting astride the American brand’s latest Street Bob and although this ain’t no dirt track bike (and it’s not meant to be) you still know you’re riding a whopping great slice of Americana.

It’s those flat track emotions, not to mention Route 66, Daytona Bike Week, Hells Angels, Screamin’ Eagle, living the American dream and the freedom of the open road, all rolled into one, that evoke such an emotion when you see a Harley-Davidson – probably the world’s best known motorcycle company.

Whatever you think of the new Harley Street Bob, this is a real, genuine Harley-Davidson in terms of its shape, look and feel. Harley might be breaking new ground with the Pan America and LiveWire, but this is The Motor Company doing what it’s most famous for. It’s a Harley-Davidson in every way. That big lump of iron, those mini apehanger bars, the sound and the attitude are classic Harley-Davidson. It’s all there. The silhouette of the bike is famous the world over, and for good reason.

This stripped-back, bobber style, Harley Softail uses the new Milwaukee Eight 114ci engine, or 1868cc in metric, which means a hefty 155Nm of torque, 86bhp and a hell of a lot of grunt as standard. 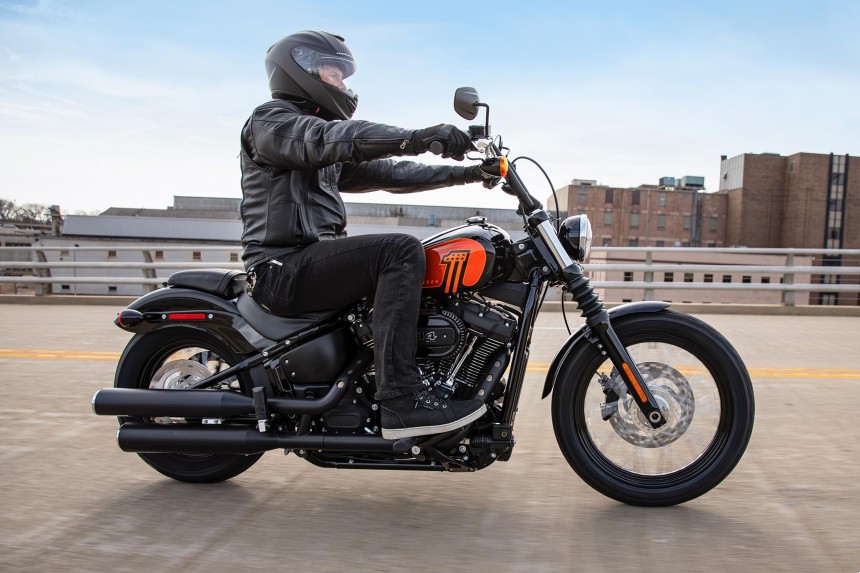 So much grunt, in fact, that the first time I pulled out of a junction, within 100 metres (or should that be yards?) of riding the bike on cold tyres it spun, went sideways and left a thick black line on the road. It might ‘only’ make 86bhp, but that torque is enough to keep you on your toes and honour that dirt track heritage, which it pays homage to with its paint and tank design.

The blacked-out engine and pipes give it a mean look. Triumph’s Bobber might be a bobber by name, and in terms of its UK retro styling, but when it comes to an actual bobber shape, there’s nothing like a Harley-Davidson.

The noise is subtle, rather than loud, but let’s be honest. When has anyone ever kept a Harley-Davidson on standard pipes? Exactly. Harley-Davidson’s hefty accessory catalogue features plenty of official parts for many owners looking to modify and customise their steeds.

This bike is all about ripping down slip roads on to dual carriageways (or freeways if you’re living the dream) before kicking back at 70mph and taking in the world. It will do a lot more than that of course, but I found an in-built speed limiter of about 105mph (riding it on a private road) before the wind blast squashed my nose against my helmet. It probably says a lot about the size of my nose to be honest, but the mini apehangers also make your arms act like a kite at anything above legal speeds, so that’s okay then. 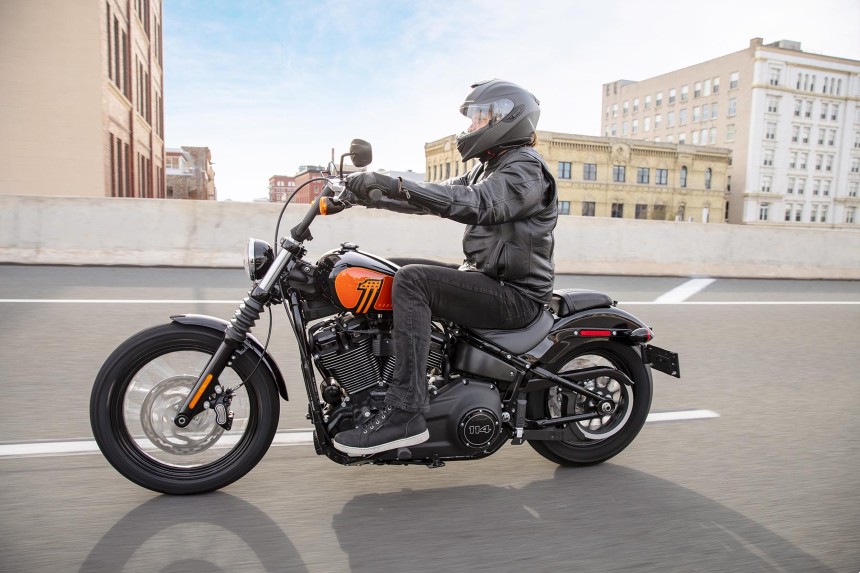 Straight lines are best. The bike has a maximum lean angle of 28.5 degrees so corners aren’t really its thing, but like most Harleys it is stiff and predictable, and it will get a decent turn of speed on a back road of that’s your thing. Ideally on a smooth back road so as not to trouble the suspension. It’s set for freeways, not B-roads.

But make no mistake this bike is all about posing and making sure everyone knows you’re on a Harley-Davidson. And it’s a really good Harley-Davidson, perfect for the full midlife crisis and about as Harley as a Harley gets. It costs £13,995, with another £350 for the lurid Baja Orange paint, and if that’s what you’re after, there are few cruisers that do it better. 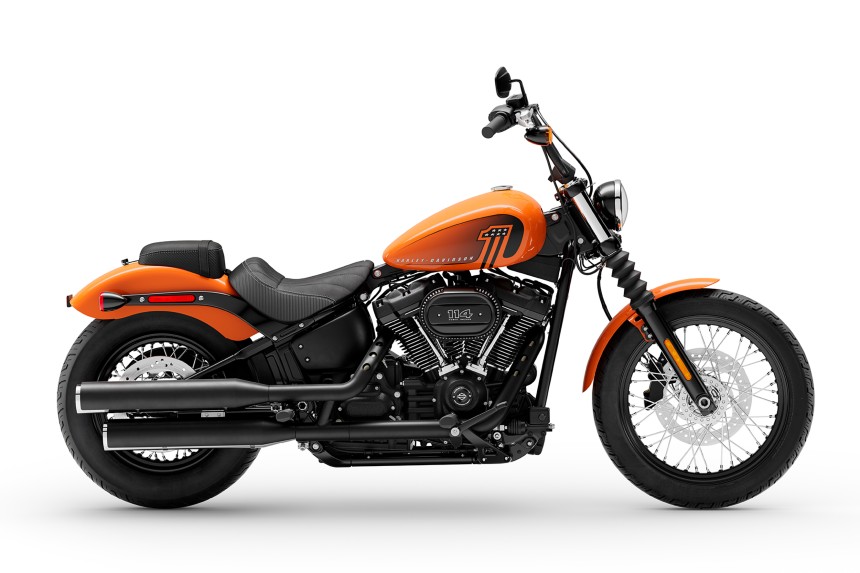