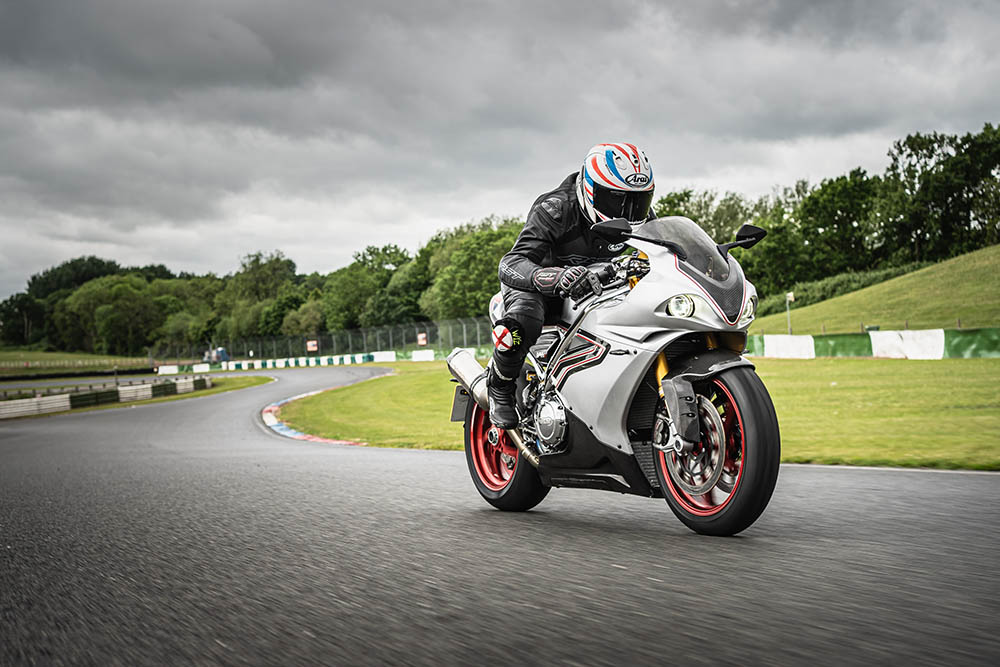 The Stuart Garner Norton era was a tumultuous time, even in the often stormy story of the iconic British brand, and the poster bike of the revived British manufacturer proved to be yet another PR disaster with a number of design flaws rendering them unsafe for use on public roads. The good news is that for the past two years the company has been in the hands of Indian giants TVS, who have been reengineering the beautiful superbike to spearhead the company relaunch.

At first glance the new V4SV looks like a mild makeover of the Garner machines, which is no bad thing as the old V4SS was always a thing of beauty, but under the skin they’ve been given a thorough going over, changing almost half of the components to rectify the faults of the old bike and hopefully make the SV a Norton to be proud of.

Powering the V4SV is Norton’s own 1200cc, 72-degree V4 motor. At 185bhp, it’s a good bit shy of the Ducati Panigale V4S in the power stakes – not to mention the 200bhp Japanese superbikes, but Norton will be hoping that the stunning looks and pent up demand for a British superbike will mean they don’t need to compete on the spec sheets.

That said, the new Norton is packed full of technology, even if the electronics don’t appear to be quite up to the level of the aforementioned competition.

The hand welded, mirror finished, aluminium frame is based on the TT bikes raced by John McGuinness and Josh Brookes in recent years, and offers adjustable geometry. The distinctive chrome of the Garner bikes may no longer be an option, but the standard machine comes in a similar silver paint scheme that’s reminiscent of the famous Manx Norton racers.

There’s also the ‘Carbon’ option, which of course lavishes plenty of carbon fibre on the V4SV, with unpainted fairings and BST carbon wheels instead of the red OZ alloys on the regular model. Both models feature the British union flag design on the seat unit, with a stealthy monochrome on the Carbon and a vibrant red, white and blue livery on the Manx Silver variant.

Commenting on the new V4SV, Norton boss Dr. Robert Hentschel said: “Two years ago, Norton inherited the V4 - a bike imagined on the track but born for the road. A bike that promised to blend poise, performance, and power.

“Over the last 18 months we have worked tirelessly putting this machine through our new world-class facilities in Solihull to proudly deliver on our promise to Norton owners.

“Thanks to TVS investing £100 million in Norton, and us subsequently investing wisely in our engineering processes and brand-new manufacturing base, we have ensured barely a part hasn’t been improved on from the bike we inherited.

“The V4SV is unlike anything on the market today, by design, but its everything you expect in a bike built by unapproachable Norton. Short gearing and engaging power make this a perfect bike for the road.

“We are incredibly proud of what we have produced given the challenges we have faced getting it to the start line.

“Importantly, this new Norton V4SV marks just the first step on our exciting vision for the brand.”

Insidebikes understands that prices for the Norton V4SV will start at £44,000, although delivery dates have still to be confirmed.