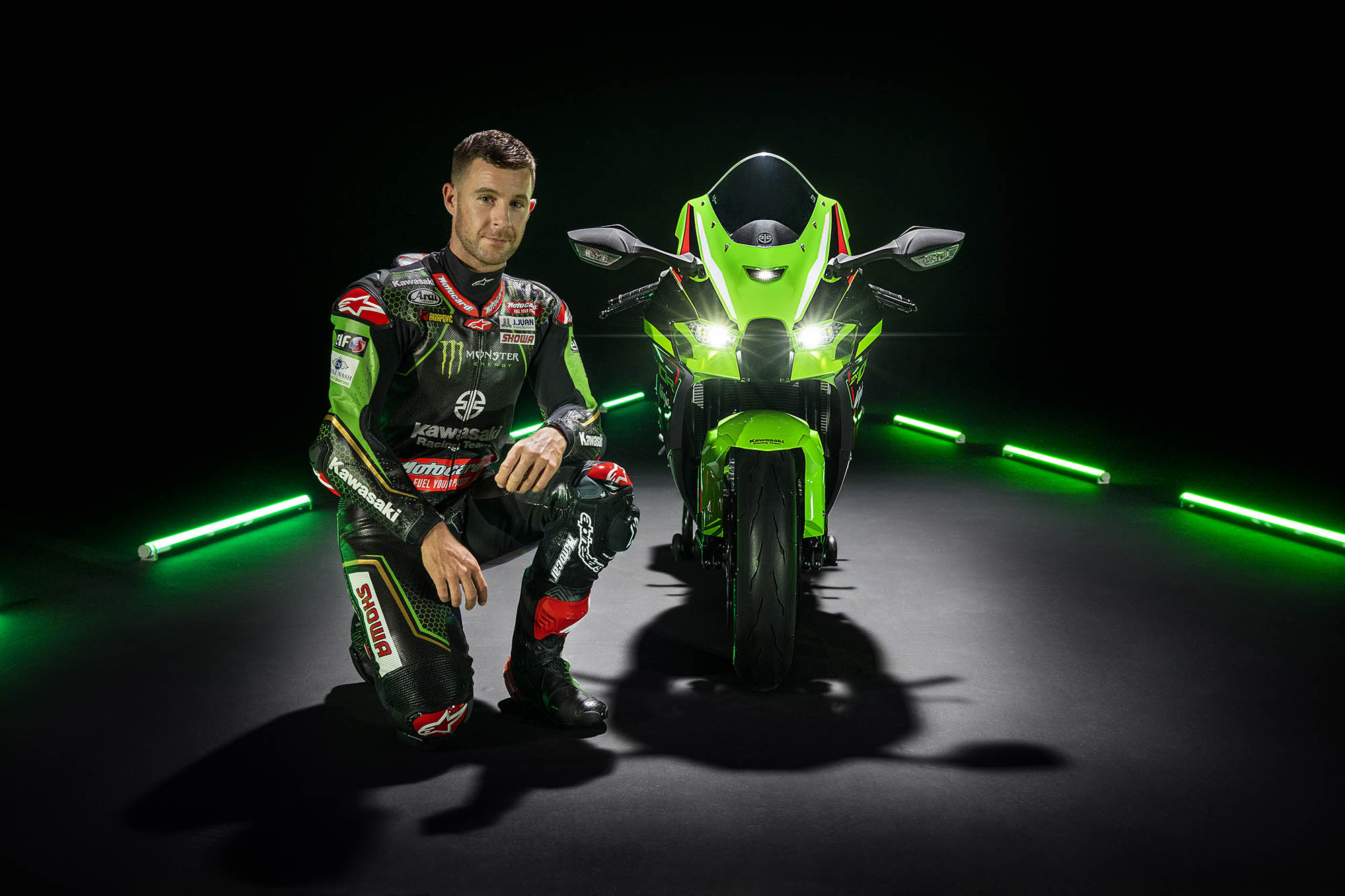 Kawasaki has revealed an innovative new fairing for its all-conquering ZX-10R Ninja, using the input of its factory superstars to help as Jonathan Rea aims for an unprecedented seventh consecutive world superbike title aboard the lime green missile.

Once again the Japanese company will be offering two versions of the ZX-10R, the standard model and a hopped up limited edition ZX-10RR, which has some small but critical upgrades specifically for motorcycle racing.

In a recent interview with Insidebikes, Carole Nash backed Rea told us how the factory took his feedback from the track, and requests for future developments, and transferred them to new evolutions of the production bikes, which form the basis for the factory superbikes.

Grabbing the headlines will be the new fairing, which looks similar to that of the one on the supercharged Ninja H2R hyperbike and which is said to generate 17% more downforce than the outgoing ZX-10R. The fairing is Kawasaki’s take on the current trend of adding MotoGP-style aerodynamic ‘wings’ to 1000cc sportsbikes, started by Ducati on its Panigale V4R and followed more recently by BMW and Honda. The concept creates downforce at the front of the bike, which reduces wheelies under power and adds stability under had braking. While the newly designed fairing is unlikely to offer much actual benefit to the average road rider, it will be a popular development for Rea and team-mate Alex Lowes on the Kawasaki Racing Team bikes in world superbikes. The factory duo already debuted the new fairing design in testing last week, with Rea topping the time sheets once again.

Other developments are more subtle. The ergonomics are slightly different, with rear sets which are 5mm higher combining with a 40mm taller screen. The geometry is changed too: the swingarm is 8mm longer, the pivot point 1mm is lower (and adjustable on the RR model) while the fork offset is changed too (increased by 2mm if you’re interested). Triple clamps are also changed as are the suspension spring rates, which are softer at the front and stiffer at the rear.

For the road rider, there’s a new race style TFT dashboard and two most un-sportsbike like features in cruise control and optional heated grips. Mitsubishi’s LED projector headlights are also new, and being employed on a motorcycle for the first time with the ZX-10R.

The engine has been given a tweak, in part to meet new Euro 5 regulations and in part to improve race track performance. The inlet port has been modified and a new oil-cooler is another Rea developed component, while lower ratios in the first three gears should improve acceleration which, with 203bhp on tap, won’t be lacking.

As mentioned, the ZX-10RR Ninja has an extra sprinkling of magic dust, which should improve its competitiveness in superstock racing, where tuning and changes to the homologated street bike is more restricted. Just 500 ZX-10RRs are being produced and only two UK dealers (Corby Kawasaki and MSS Performance) will sell them, to special order for race teams. The main differences are lightweight Marchesini wheels and modified engine internals, allowing for a 400rpm higher rev limit – achieved by using lightweight conrods and low friction pistons, which are produced by German race specialists Pankl. It also has an adjustable swingarm pivot, allowing race teams to further tune the chassis dynamics.

The standard ZX-10R Ninja is in dealerships from May, priced from £15,799, and comes in either black or (of course) Kawasaki Lime Green. The ZX-10RR is available earlier, to special order, from £24,799.

If the race replica style ZX-10R isn’t your thing, but you still want a bonkers fast Kawasaki, the green team’s other new 2021 model might be up your street.

Announced earlier this year, but not on sale until the spring, the Z H2 is the company’s 200bhp supercharged super naked. Kawasaki has now stated that a second version, the Z H2 SE, will also be available, featuring electronically controlled ‘Skyhook’ active suspension and more premium paint schemes and finishes. Prices for the standard model start at £15,899, with the SE costing £18,349, or £19,449 for the Performance Edition which comes with a number of additional accessories from the Kawasaki parts catalogue fitted.