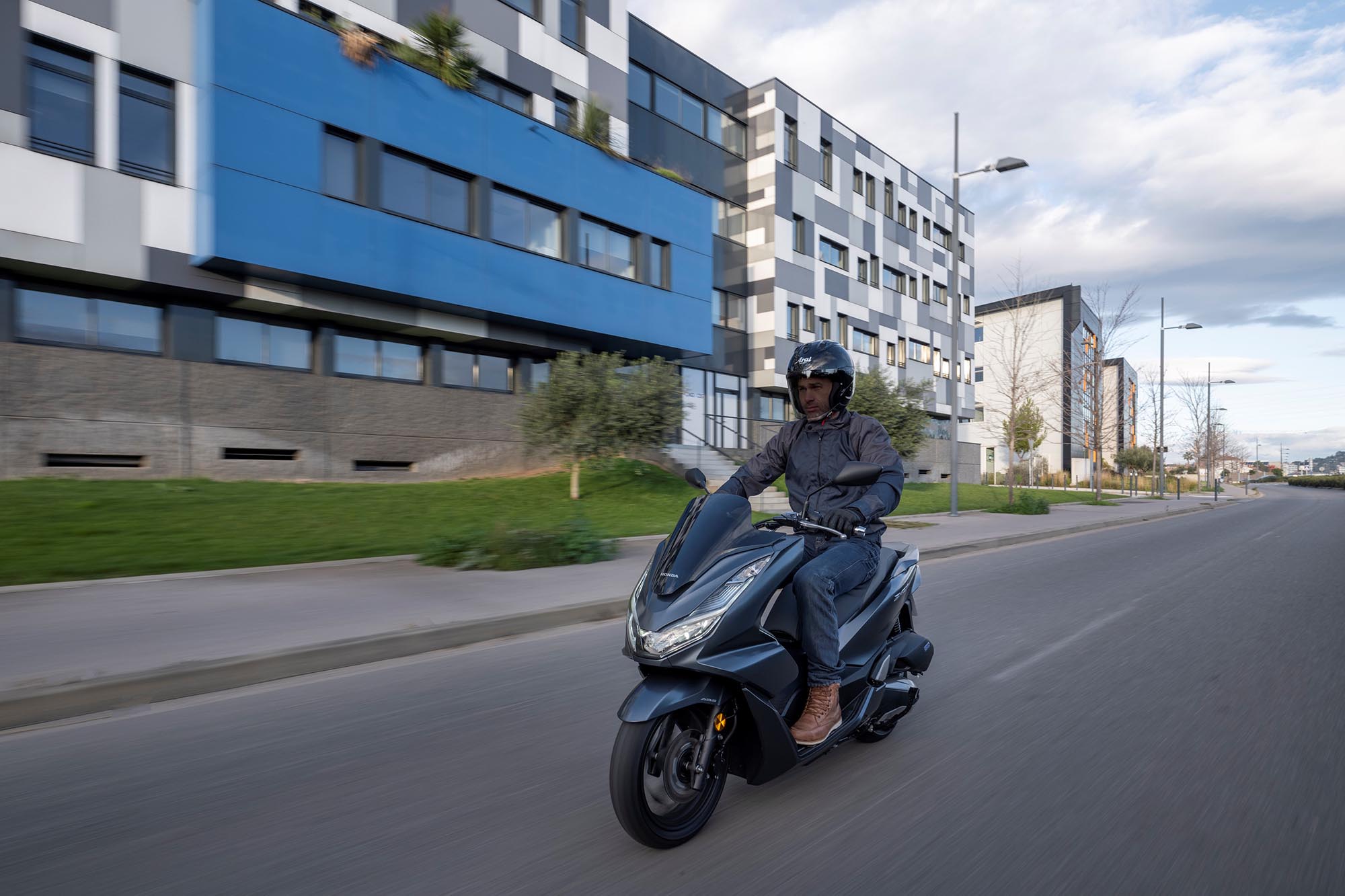 While 2020 was a year unlike any before it, with Covid-19 gripping the world and the global economy taking a tanking, it wasn’t all bad for the British motorcycle industry.

Overall sales of powered two-wheelers (PTWs) were down by just 2.6% compared to 2019, despite all the uncertainty caused by the pandemic and many people staying at home, with a total of 104,612 were registered during 2020.

Sales were down by an enormous 83% in April, during the first national lockdown, but a combination of pent up demand, attractive sales promotions and new riders being turned on to motorcycling during the pandemic saw a real bounce back during the summer months. By the end of the year, sales of motorcycles were down by just 6.7% when compared to 2019, although scooter sales saw a 10.5% uplift, a result of an increase in demand on home delivery services as well as commuters ditching public transport for the more socially distanced experience offered by motorcycling.

Lexmoto’s sporty LXR, a geared 125cc motorcycle, was third in the PTW sales chart, with BMW’s ubiquitous R1250GS range by far and away the best selling large capacity motorcycles. Sales of the big adventure bike were split almost equally between the standard model and the taller Adventure spec machine, which are listed as separate models. Combined the big GS would have been second only to the PCX in the sales chart, but separately the R1250GS Adventure was Britain’s fourth best selling PTW, just ahead of the standard model.

Surprise entries into Britain’s best seller list include the Royal Enfield Interceptor 650. The Indian built, £5699, machine was the country’s best selling motorcycle in June, just after the first lockdown period, while Chinese company Keeway enjoyed some success with its £2299 Superlight. The authentic looking 125cc cruiser was November’s best selling motorcycle and featured in the top 10 best sellers of 2020. The year ended with Lexmoto as Britain’s biggest selling brand in December, recording 1875 registrations during the final month of the year, with Suzuki their closest competitor, who had 726 hit the road.

Sales of electric powered PTWs continue to rise in 2020, with 2459 battery powered bikes and scooters sold in 2020, an increase of 51.2% on 2019. The vast majority of the electric bikes sold were low powered commuter machines, with brands like Surron, NIU and Super Soco all faring well.

The strong sales figures come despite ‘lockdowns’ which have meant that dealers have found their sales departments closed for several months during the year, while the summer saw restrictions and adaptations to their usual trading conditions.

Many dealers we spoke to said that demand outstripped supply, particularly on 125cc scooters, and that they could have sold many more had they been available, as a combination of Covid related issues and the introduction of new Euro5 models led to a shortage of stock for certain models. This scarcity of new stock also led to prices of second hand motorcycles staying strong.

For its part, the UK’s motorcycle industry association (MCIA) lobbied to get motorcycles and scooters on the government agenda during the pandemic, promoting the benefits of powered two-wheelers through its Unlock Your Freedom campaign, which helped non-riders understand how to get on two wheels for their daily commute.