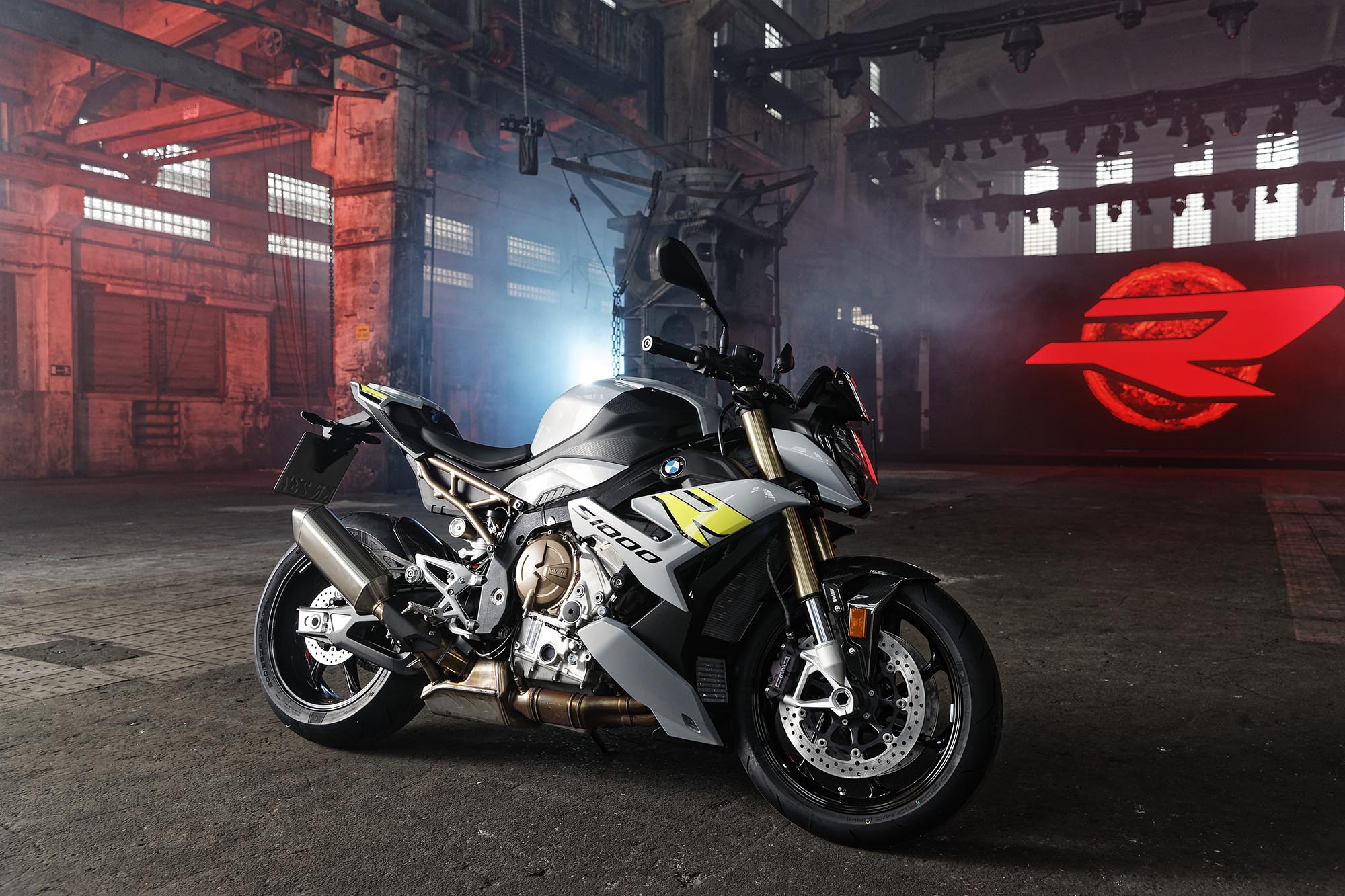 BMW has announced a new S1000R for 2021, utilising an all-new chassis and the latest generation S1000RR engine, for a lighter and more powerful incarnation of its flagship naked bike.

With the new Euro 5 regulations necessitating the need to update the S1000R for 2021, BMW has taken the opportunity to completely reinvigorate a model which has been a standout in the range since its introduction in 2014.

The R has always been a close derivative of the S1000RR superbike, and the Bavarian giants have taken the motor from their superbike and modified it for their roadster, detuning it from 200bhp to 165bhp but optimising the mid-range and changing the top three gears to put an emphasis on acceleration rather than outright top speed. The frame and swingarm are also based on those of the current S1000RR, which was a new model for 2020, and is 5kg lighter than the one used on the outgoing S1000R. It all adds up to 165bhp motorcycle that tips the scales at 199kg, a boost of 5bhp and a weight loss of more than 6kg over the old bike.

On paper, that leads to a package that should be pretty lively and difficult to manage, but BMW’s electronic aids are renowned for their user friendliness and the German company has specified their latest generation rider aids on the S1000R to keep the whole thing usable for riders of varying levels of experience.

As standard, the S1000R comes with three riding modes, dynamic traction control and cornering ABS but, optionally, a ‘Riding Modes Pro’ option allows for even more adjustability, including the ability to adjust the engine braking and torque control. There’s also launch control and a ‘Power Wheelie’ function with the optional package, which allows the rider to adjust how much they can let the bike wheelie on corner exit (on track only, of course) – and with those specifications we’re assuming that the S1000R will be happy to wheelie on demand!

In its most basic trim, the S1000R costs a reasonable looking £12,055 although it’s easy to spend more than half as much again if you tick all the option boxes.

Topping the options list is the £2800 ‘M’ package, which brings lighter, forged aluminium wheels, lightweight battery, chain and silencer, as well as a sports seat and a livery in BMW’s traditional motorsports colours – although if that’s not enough you can swap your forged wheels and an additional £2100 for some carbon fibre hoops. The M package saves almost 5kg in weight with the carbon wheels, or around 3.5kg with the forged items.

The M package also includes a lap timer on the already substantial 6.5” TFT dashboard, which has a whole host of riding information including lean angle, electronics settings, traction control and deceleration figures. The rider’s smartphone can also be connected to the dash to use the integrated sat-nav and, overall, it is an extremely well specified motorcycle.

Styling has been redone too, with a new LED headlight unit that looks a little bit more conventional than the asymmetric design of the first S1000Rs and the facelifted outgoing model. It’s also in line with the entry level G310R, BMW’s A2 licence naked bike, which has been given a mild makeover for 2021.