LEGO and the BMW M 1000 RR superbike: a perfect combination? 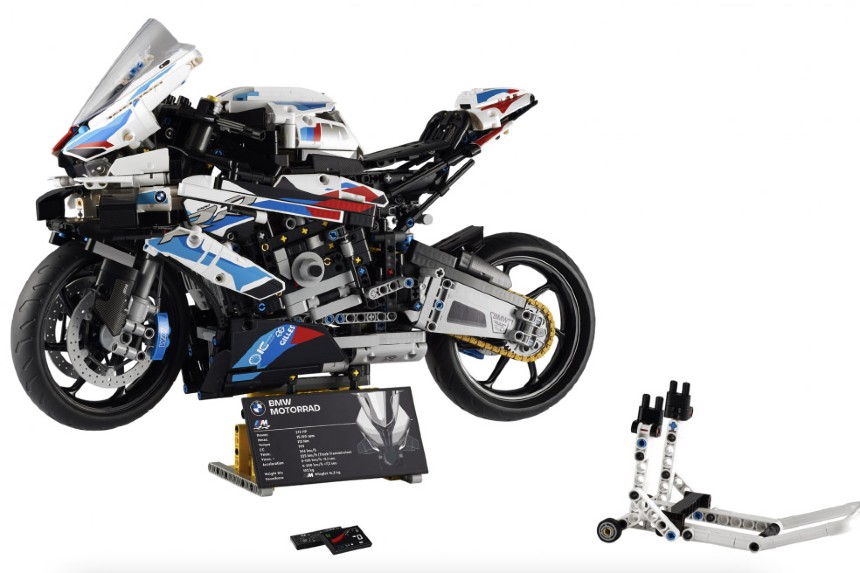 For many fans of sportsbikes, BMW’s M 1000 RR is probably the bike of 2021, and if a lottery win eluded you again this year, Danish toy masters LEGO have the perfect project for you this winter.

Yep, it’ll still set you back a hefty £174.99 when it goes on sale on January 1, but the bricktastic homage to the £30k superbike looks like a perfect new year pick-me-up for bike fans and AFOLs (that’s Adult Fans Of LEGO to you and me) alike.

The M 1000 RR set is not LEGO’s first licenced motorcycle set, but it is by far the biggest. Sitting at 45cm wide and 27cm high, the 1:5 scale model towers above previous LEGO motorcycles, which include last year’s Ducati Panigale V4R interpretation and a stab at the ubiquitous BMW R 1200 GS adventure bike from a few years back. LEGO have released a version of the iconic Harley-Davidson Fat Boy under its LEGO Creator banner a few years back too.

The new kit comprises of 1920 pieces and fits under LEGO’s Technic brand, the Meccano style technical building sets which allow the fitment of mechanical elements such as motors and working gearboxes. 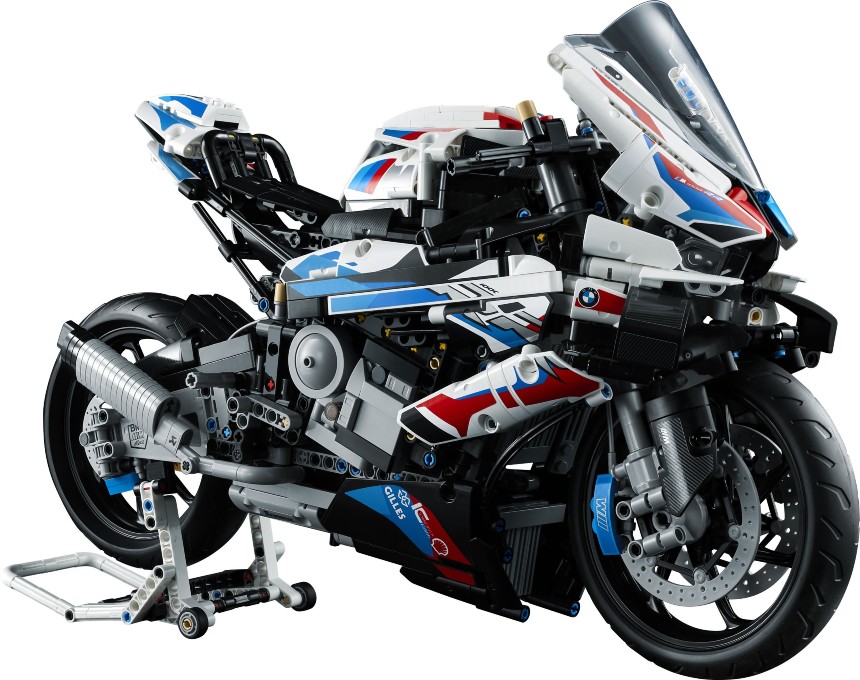 It looks like a pretty accurate representation too. It comes in BMW’s traditional motorsport colours and features the aerodynamic wings on the fairing, about which so much has been written. Sure, it can’t disguise its brick-based roots but there are loads of cool technical features, including working front and rear suspension, a fully-functional three-speed gearbox and moving steering.

There are also a few unique parts that replicate some of the M 1000 RR’s special details, such as the M-branded brake callipers, gold-coloured drive train, three different dashboard options, sports wheels and tyres, and a dedicated printed windscreen. The kit also includes a paddock stand made out of LEGO Technic and an alternate display stand printed with the M 1000 RR’s staggering specs.

LEGO has given the model an 18+ age rating, not because it contains any explicit material but presumably because it’s going to be somewhat challenging to assemble.

If £175 sounds expensive for a model, it’s worth considering that these models tend to remain coveted on the used market once the sets get retired, so make sure you keep the box and don’t lose any pieces!