Resurrected European brand Husqvarna is continuing to develop its product range with a new model, called the Svartpilen 125, as it makes its first foray into the A1/learner bike market.

Originally founded in Sweden in 1903, the last quarter century has seen the Husqvarna motorcycle division under the ownership of Italy’s Cagiva and Germany’s BMW, before seemingly settling in under the umbrella of Austria manufacturer KTM’s stewardship since 2013.

Under its new owners, the brand has continued to develop new off road bikes, for which it is most famous, and a range of trendy small capacity machines based around KTM’s single-cylinder 373cc engine, which are aimed at younger riders.

With those Svartpilen and Vitpilen 401 models sharing their underpinnings with the KTM Duke 390, it’s no surprise to see a 125cc version based around the Duke 125’s mechanicals. 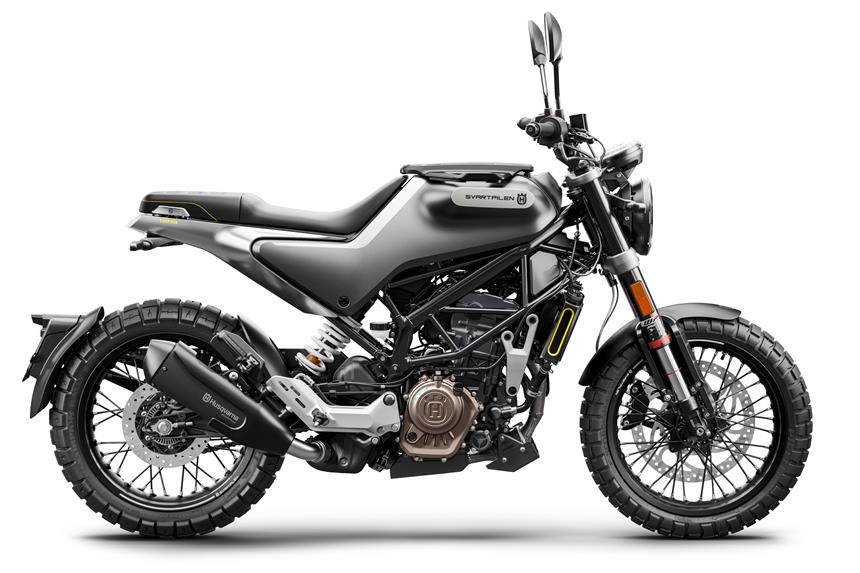 Where the Duke range are aggressively styled and ultra-modern, the Svartpilen has been penned with retro/modern mash up. Spoked wheels with lightly knobbled Pirelli tyres are pure 1960s and create what the marketing people call a ‘rugged’ look, while the minimalist bodywork and LED lights are pure 21st century.

And while a bright orange KTM is in your face, the Svartpilen is the complete antithesis of in its cool black and grey hues.

At an expected £4499, it’s £200 more expensive than the KTM and only a few hundred quid less than the Svartpilen 401 – which can be had for less than £5000 when shopping around. That makes it an expensive proposition for a ‘learner’ motorbike, but for riders who plan to ride only in the city, and who don’t fancy or need to take an often expensive A2 licence test, the 125 offers an easy to access form of transport that looks and feels cool and premium.

The spec sheet reads very well, with good quality components from some of the most prestigious names in the motorcycle industry. The steel trellis frame is a KTM signature and the 43mm WP ‘Apex’ forks is a step up from the traditional ‘learner bike’ suspension, while braking is shared with the Duke 125 and comes from Brembo’s ByBre sub brand. Reinforcing its big bike feel, the Svartpilen runs a bigger front disc than its KTM sibling, and benefits from the latest generation ABS braking system from Bosch.

The Husqvarna is slightly heavier than the KTM, at a claimed dry weight of 146kg, a large part of which will be down to the addition of the spoked wheels, but it’s still a real flyweight that should be great agile around town.

So far there’s no Vitpilen variant (which has a more café racer feel, with dropped bars and street tyres) and overall, the Svartpilen is a unique addition to the 125cc class. It’s one of the coolest looking machines you can ride on a CBT and will be on sale in the UK later this month.