Having teased us for over a year, Suzuki has announced a new version of its legendary Hayabusa – and it will be on sale in the UK from next month, at £16,499.

First introduced in 1999, the GSX1300R ‘Busa’ polarised opinion with its aerodynamic, curvy styling and hit the headlines as the fastest motorcycle in the world. With over 170bhp and a top speed in excess of 190mph, the Hayabusa bested the Honda CBR1100XX Super Blackbird, which previously held the ‘fastest bike’ record on the spec sheets. Was it a coincidence that the word Hayabusa was Japanese for the peregrine falcon – a bird famed not only for its speed but for preying on blackbirds?

Later Hayabusas were restricted to a ‘mere’ 300kph (186mph) as part of a gentleman’s agreement between the manufacturers. A second generation model was introduced in 2007 but, with 190,000 sales under its wheels, it slipped quietly out of the range a few years ago as it failed to meet the Euro4 emissions regulations. Now, for 2021, comes a new version designed to meet the latest Euro5 standards. 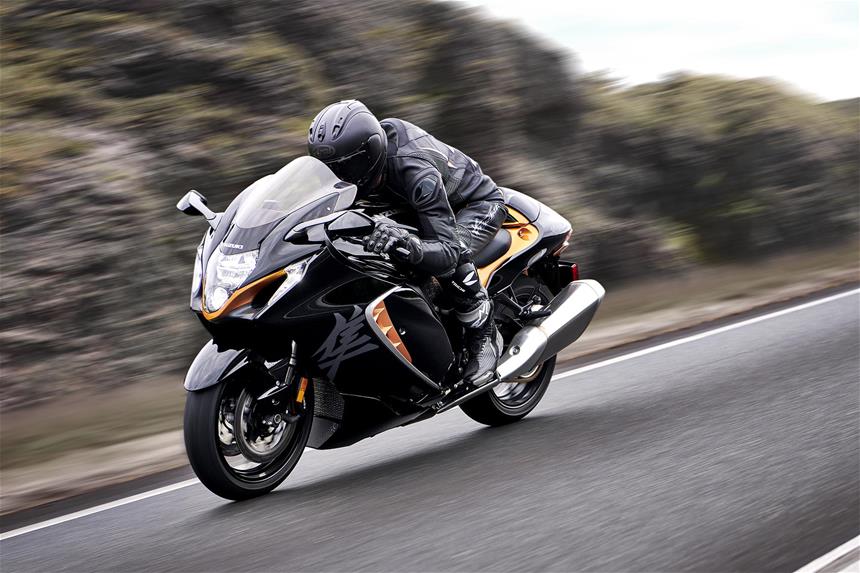 Suzuki have whipped up considerable interest in a third-generation Hayabusa in recent years, giving plenty of hope to the ‘Busa loyal.

This new-for-2021 is not an all-new motorcycle. Suzuki say that they looked into supercharging and six-cylinder motors for a new model, but in the end the third-gen bike shares the 1360cc four-cylinder layout and basic frame design with its predecessor.

Significant internal changes to the motor and a new exhaust system are said to give better low-to-mid range power characteristics and mean that it complies with Euro5 regulations, although peak power is almost 10bhp down on the previous version – at 187bhp. Top speed is still capped to the same 186mph as before, but Suzuki say that the latest Hayabusa is quicker off the mark than previous models.

That, in a large part, is likely to be down to the latest suite of electronics. The new Hayabusa shares the same basic frame as the second-gen model, but the whole bike has been fully modernised and given the latest tech throughout.

That means the 2021 Suzuki Hayabusa runs updated suspension, new Brembo Stylema brakes and the latest generation Bridgestone Battlax Hypersport S22 tyres on new seven-spoke wheels. Styling and ergonomics are also new but retain the iconic look of previous models. It still looks swoopy and very aerodynamic, although arguably the styling is a little more conservative than those original polarising designs from two decades ago. 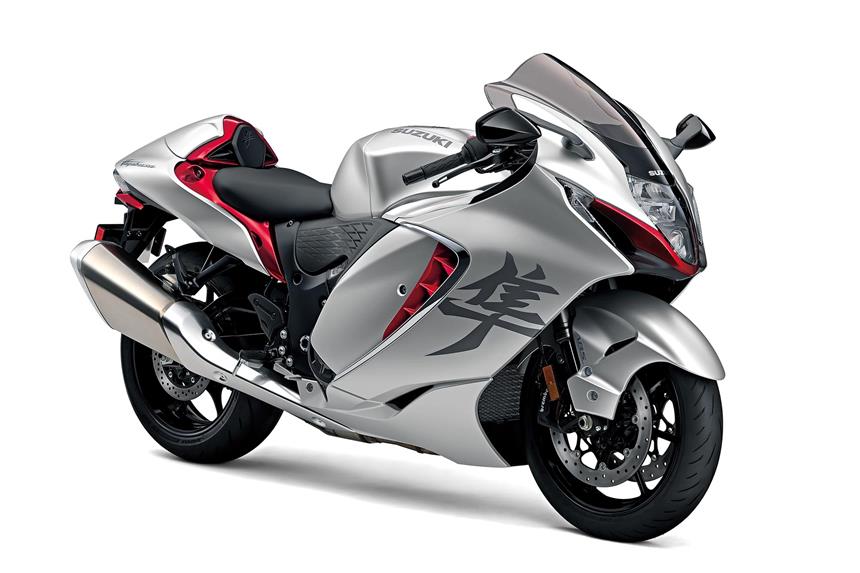 The one area where motorcycle design has really evolved in the last two decades is in electronics, and the 2021 Hayabusa has all the rider aids you’d expect from a modern sports bike.

Suzuki love an acronym more than any other motorcycle manufacturer and the S.I.R.S (Suzuki Intelligent Ride System) features six rider modes (known as Suzuki Drive Mode Selector Alpha – or SDMS-α for short), with three preset from the factory and another three which can be user defined.

The traction control has 10 settings, as does the wheelie control. The quick shifter has two settings and there are also three engine brake options, but old-school ‘Busa fans will probably be happy to know that all the rider aids can be switched off to give a fully-analogue experience.

Other modern tech making its way to the new Hayabusa includes hill assist, LED lights and a fancy TFT info panel as part of a traditional looking dashboard that features traditional analogue readouts for speed, revs, fuel and temperature.

At its essence, the Hayabusa remains a mile munching sports tourer and while the 2021 Suzuki Hayabusa may not be the revolution some loyal brand fans had hoped for, it is good to see this iconic motorcycle back in the showrooms after a short absence.

Look out for a full review on Carole Nash Insidebikes in the coming months.