Big Bullit aims to be an urban Hero 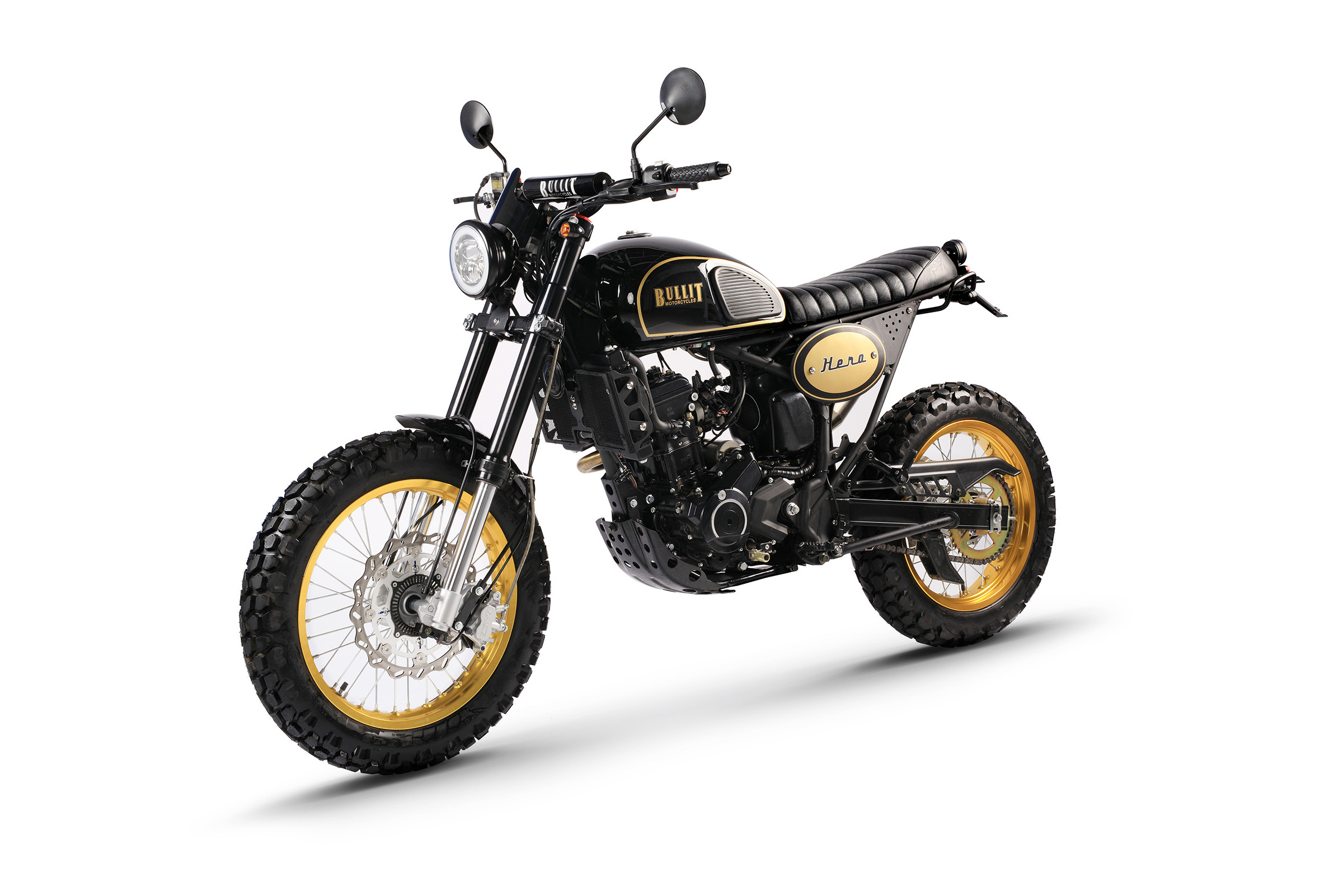 Bullit is one of a number of new generation ‘manufacturers’ taking basic Chinese built machines, upspeccing and modifying them with higher quality components and hip styling aimed at western riders. Just like British companies Herald and Lexmoto, Bullit work closely with the Chinese factories to develop new models and the Hero 250 is a product of one such collaboration.

Based on the air-cooled Hero 125, as the name suggests the Hero 250 drops a more powerful new motor, complete with six-speed gearbox, into the frame. With 26bhp at the rider’s right wrist, it requires at least an A2 licence to be ridden, but for those who’ve moved on from 125s it looks like a real tool for the urban jungle, especially as it weighs just 148kg.

For a £4000 motorcycle, the styling is absolutely spot on. Inspired by 1960s motocross bikes, or scramblers as they were known back in the day, it features spoked wheels with lightly knobbled tyres, engine bash plate, tall suspension (with modern upside down forks at the front and a monoshock rear) and a high level exhaust system that looks like it’s been spirited from an expensive custom bike. While it will no doubt be adept at some light off-roading, the Bullit Hero 250 is more likely to be at home on the mean streets of Milan or Manchester than it is at Matchams Park or Matterley Basin.

Overall the look is that of a custom built ‘Bike Shed’ special. The classic leather bench seat, rubber knee pads, side number boards and an old school round headlamp with diddy flyscreen are all straight out of the custom bike builder’s parts catalogue. The choice of paint jobs is inspired too. In addition to the silver grey (aka Titanium) option of the 125, there are two options which evoke memories from 1970s motorsport. For those of a certain age, the timeless gloss black (with gold wheels and pinstriping) looks to be inspired by the famous Lotus Formula One cars, while the equally classic white, red and blue combo (also with gold wheels) conjures up images of the sportscars and rally cars sponsored by a well known Italian drinks brand.