On the eve of Suzuki pulling the covers of their new GSX-S1000, we thought we’d have trip down memory lane and have a look at some of their very best high-capacity nakeds. It’s a category where they have really excelled for decades now. From their big-bored GSX1400, to the opinion splitting B-King, Suzuki really have pushed the boat out when it comes to high-capacity beasts. Now there’s another just on the horizon. So without further ado, here are five of our favourites… 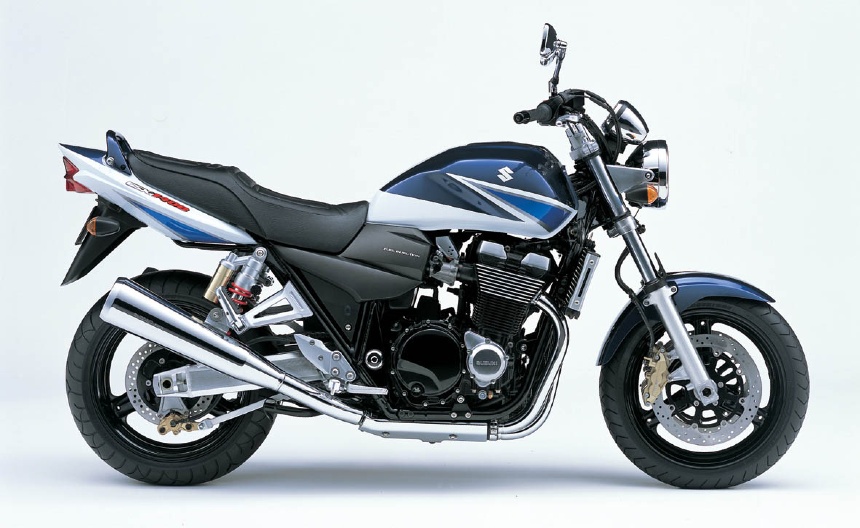 If you like bikes that are fairly hefty in stature, styled as if the world was still in the 1970s and had about enough torque to pull a building down, then Suzuki’s GSX 1400 really did hit the nail on the head.

With a whopping 1402cc motor, the GSX 1400 pumped out an impressive 93ft-lb of torque at just 5,000rpm, although it made just 105 horsepower at the top end. Don’t fret about going too fast though, as it came equipped with the very same Tokico brakes that Suzuki gifted their range topping GSX-R1000 at the time, which were pretty impressive for a bike in this range.

The big Suzuki also came equipped with fully adjustable suspension both front and rear, although don’t expect too much in terms of handling – it came with an incredibly upright riding position and weighed in at 229kg so is a bit of a beast. Big bruisers like this were a big deal in the early 2000s (think Honda CB1000 and Yamaha XJR) and this was among the best. 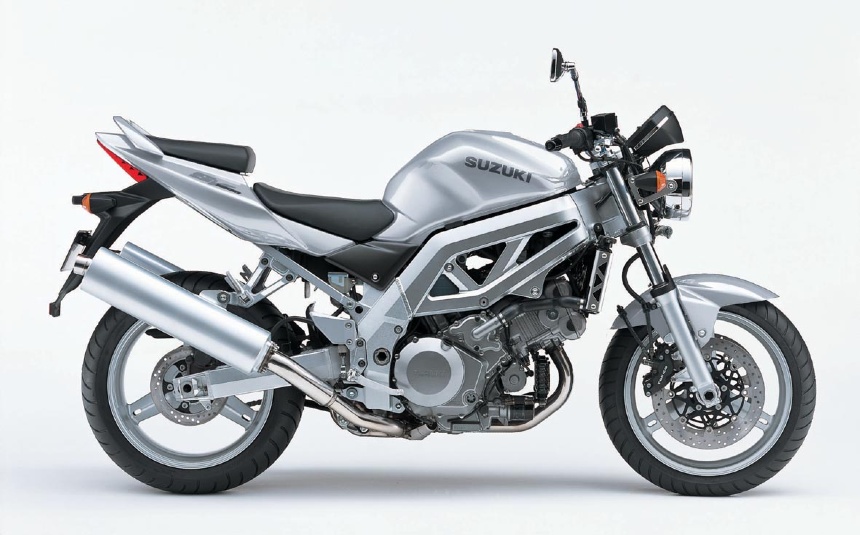 There’s no way that we could have a list of Suzuki nakeds without including one bike from their legendary SV range. The SV650 was a real hit when it was launched in 1999, but as we’re talking about big capacity, we’d better talk about their SV1000 instead.

With a big 1000cc V-twin engine that was stolen from the TL100S, the SV produced 118 horsepower and 75 ft-lb torque, which isn’t a bad set of numbers at all. Besides the engine, the rest of the bike was actually new, featuring an aluminium frame, conventional suspension and a decent set of brakes.

The SV1000 is a big, comfy naked at the end of the day, but Suzuki also released an ‘S’ version, that came equipped with lower handlebars, and a proper fairing if you wanted something that could hustle that little bit better. 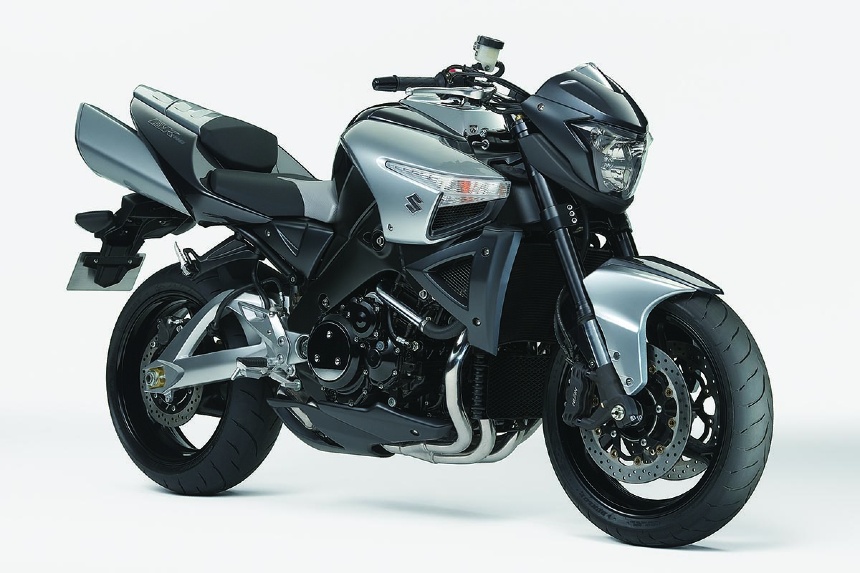 If ever there was a Suzuki that had the Marmite effect, it had to be the B-King. Iconic to some but downright ugly to others, the B-King was essentially a naked take on the Hayabusa, powered by a whopping 1340cc engine that produced 164bhp and 94.5 ft-lb of torque.

It was a beast in terms of figures, weighing in over 260kg fully fuelled, yet it still handled fairly well and was only let down by a shock that came in on the softer side, especially considering its weight. It was sold for a decent price at the time, but even so the B-King wasn’t the massive hit that Suzuki hoped it would be (the original concept bike of 2000 had a supercharged engine, leaving a few underwhelmed by the production model) and in reality the big naked spent less time in production than it did to develop… 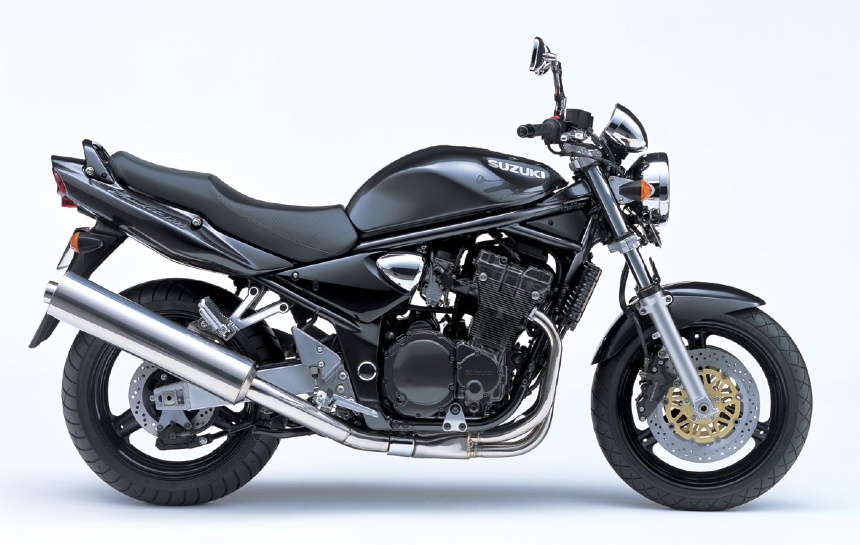 Suzuki’s Bandit will always be an absolute icon of its own right. Nothing offered so much power for so little money. Whether we’re talking about the very first GSF250 and GSF500 models, the latter, legendary GSF600, or the larger capacity GSF1200… which evolved into this: the GSF1250, they’ve always enjoyed a real cult following.

With a new 1255cc engine that Suzuki constructed to meet new emissions legislation back in the day, it may have only made 97 horsepower, but it did offer up just shy of 80 ft-lb of torque which made it pretty potent all the way through the rev range.

It wasn’t just about the go, though, as the 1250 Bandit came equipped with an upgraded frame and suspension set-up too, which quickly made it a favourite with everyone from stunt riders and hooligans, to couriers and commuters. You’ll still see them razzing about in city centres and attending bike meets today, often heavily modified! 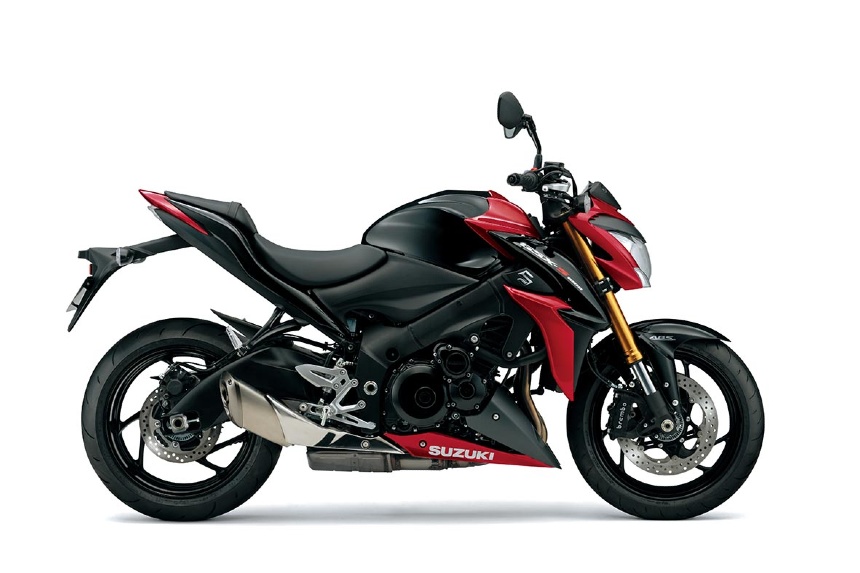 The GSX-S1000 was Suzuki’s take on the modern, naked sportsbike; the phenomenon of taking a range topping sportsbike, losing the fairings and sticking wide, flat bars on. It came powered by the legendary GSX-R1000 K5 motor which Suzuki had made some minute changes to, in turn meaning that although the GSX-S wasn’t ground-breaking in terms of figures, with 143bhp and 78.2 ft-lb of torque, it offered an easy but effective spread of power, that was genuinely usable on the road and track.

Unlike the GSX-R1000 that the GSX-S was based on, it came with a longer wheelbase and a softer steering geometry to make road riding that little bit easier and was gifted with KYB suspension and some fairly effective Brembo brakes too. This meant that the GSX-S was no slouch in terms of cornering - especially as it came with traction control as standard. It was updated in 2017 with some sharper looks, alongside more power, torque and a slipper clutch. We can’t wait to see what the 2021 model holds…