With modern classic machines selling by the bucket load, Yamaha’s new A1 compliant 125cc machine looks set to be a real hit. But is the XSR125 as good as it looks?

With modern classic machines continuing to grow in popularity, it always felt a bit odd that there was a learner-legal hole in Yamaha’s XSR range when they have their naked (MT) and supersport (YZF-R) ranges covered so completely – especially as they’ve sold a massive 32,000 XSRs since they first hit dealers in 2014. And with the 125cc market growing an absolutely enormous 21% in 2020, there’s not been a better time to release a smart-looking, high-spec A1 compliant retro… so enter the XSR125.

I was a big fan of both the YZF-R125 and MT-125, which is good news as the XSR shares much of the same platform, albeit a little more relaxed in terms the riding position, thanks to bigger, higher bars and a different seat. It utilises the same (yet slightly updated for Euro5) 11.4 horsepower engine, complete with electronic fuel injection, an assist and slip clutch alongside the Variable Valve Actuation (VVA) technology, which gives that little motor a different set of cam profiles at 7,400rpm, in order to enable both better torque and improved top end power characteristics. 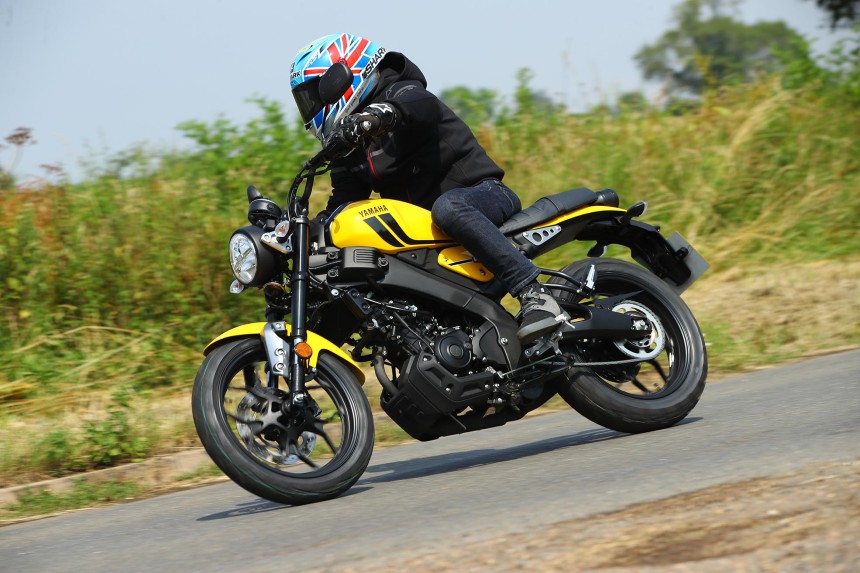 It also has the same black painted Deltabox frame as the other 125s in Yamaha’s range, although the XSR does come equipped with a different subframe in order to create that slender retro appearance. As far as the finish goes, the XSR125 has been given some scrambler-esque rubber on its new wheels, a twin pot front disc, 37mm upside down KYB forks, and even a neat little LCD dash, alongside LED lights all round.

The XSR125 may sound like a lot of cash at £4,450, but if you’re on the hunt for a PCP deal and have £1,134 sitting down the back of the sofa for a deposit, it will set you back £49 a month with a £2115 optional final repayment - which you may find is cheaper than a monthly travelcard. And as I found out, it’s way more practical and fun than jumping on a sweaty, crowded train too.

Coming in a selection of colours, the bold Impact Yellow XSR125 instantly caught my eye at first glance. It’s bold, bright and really does look the part, from its soft, retro lines, to those bold, split LED lights.

Up close and personal, besides how small the engine is it really does echo the stance of a much bigger machine, with a finish that matches that status – I really like how Yamaha have dived into the details, with bits like the etched aluminium plates and the embroidered ‘Yamaha’ logo on the seat oozing a sense of class that an A1 compliant machine would never usually be associated with. The dash is fairly simple, but shows all the information you need, and is easy to read as well. 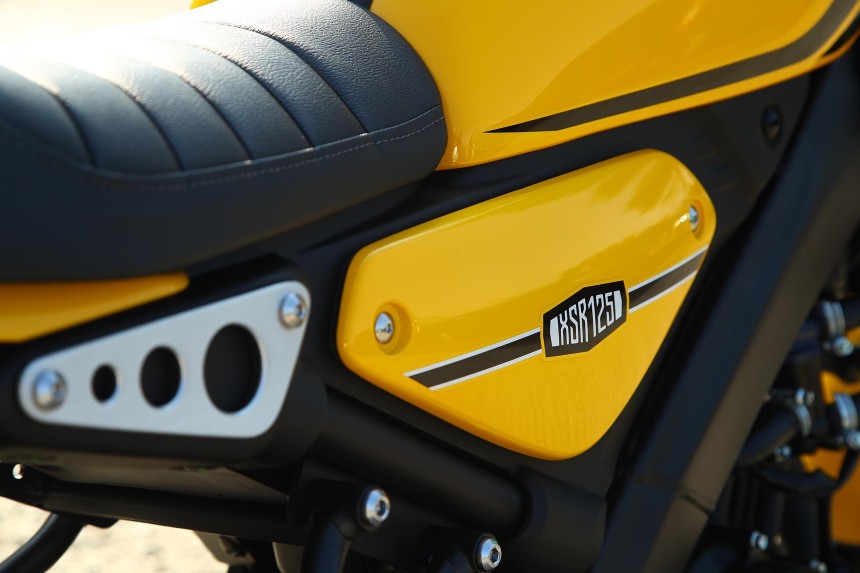 That very same feeling continues on the bike too; I stand at 5’7”, and I couldn’t believe just how big the XSR125 felt, as it was only the lack of weight (it’s 140kg, ready to roll!) that convinced me I was sitting on a 125. Sure, I could near enough get both feet on the floor thanks to the narrow chassis, but with those newly positioned handlebars, it really did reach out far, and could easily accommodate a much taller, heavier rider without making them look silly, which is a feat not many A1 compliant machines can boast about.

As a massive fan of both the naked and supersport versions of Yamaha’s 125 when they were updated a few years ago, and by using that platform for the XSR, it really did not disappoint. Sure, it’s got less than 12 horses under the tank but thanks to the insanely low weight and the technology that’s been thrown into that engine, somehow it just feels like more; although you can’t feel the VVA working as it’s so smooth, it genuinely does make a difference in oozing torque at really low speeds.

Yet even so, it will happily climb up through the ‘box to 60mph and even sit at 70mph, which is a real box-ticker for a bike like this. Even after a day of riding it flat-out, it had barely drunk any fuel at all, sitting over the 102mpg mark for the whole day, which is a mightily impressive figure if efficiency is your thing.

And then there’s that chassis. Working with the 37mm KYB forks, the XSR actually offers a way more intuitive ride than I was expecting, combining surprisingly well with the scrambler-styled tyres. The turning circle is absolutely tiny and at every turn, twist and manoeuvre the little Yamaha felt completely composed, which would make it the perfect tool for darting through town.

We did quite a few miles on big, swooping B-roads too and my only criticism there would be that although it feels delightful through town in doesn’t handle the bumps very well at a high-speed, getting a little unsettled, but for a machine like this that really is to be expected, and if you want a learner bike to ride purely flat out everywhere, then you should already be putting your money down for the YZF-R125 anyway.

To be honest, it’s as much about the look, appearance and stature as it is about the riding in this sector, and this is a bike where you could turn up anywhere on, and still look and feel the part. In a world where 125cc machines are flying out of dealers and modern classics are all the rage, Yamaha have pulled off a master stroke and created the ultimate learner legal machine, in that sense.

For an A1 compliant 125, it not only looks and feels like a premium machine, but it goes like one too. You can ride it on a CBT and it’s cheap to run, and I just can’t get my head around why anyone would commute by public transport anymore. If you’re a new rider or want to get into the two-wheeled world on something that’s new and user-friendly with the aura of a bigger bike, then take one for a spin. You won’t be disappointed. 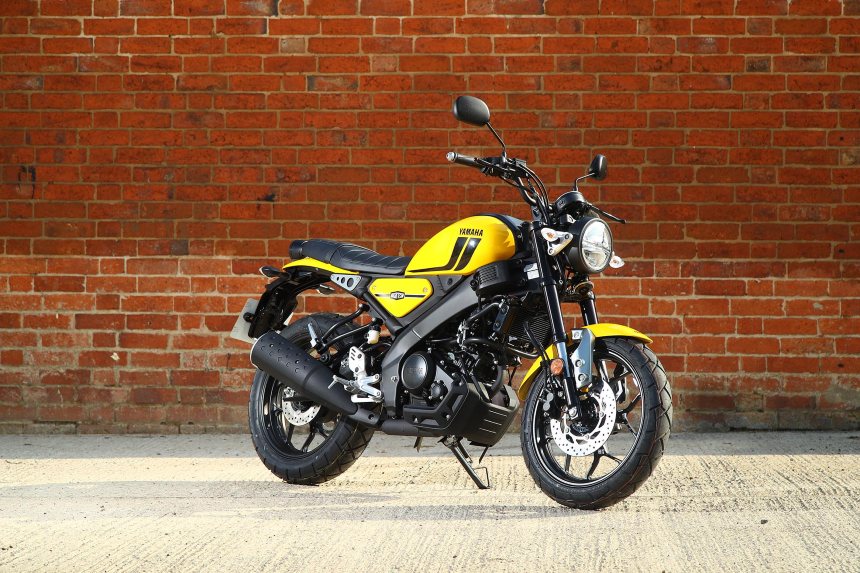