Who is making electric motorcycles today?

In the former category, there are a host of start-up companies vying for business, with Chinese brands NIU and Super Soco leading the way. Both have established themselves as market leaders, NIU focussing on scooters and Super Soco developing both scooters and learner legal motorcycles. With their small batteries, these machines are relatively inexpensive to buy and run – making them popular with commuters and couriers alike.

The leisure motorcycle market is even less established, with Italian brand Energica (best known for supplying the MotoE race bikes used in MotoGP support races) and California’s Zero (commonly referred to as the Tesla of bikes) leading the way. Both brands only make electric motorcycles and are slowly chipping away at the British market, although prices and worries around range and charging times still put many traditional bikers off.

What about the mainstream manufacturers?

KTM have dabbled with electric and the Freeride E but Harley-Davidson is currently the only legacy manufacturer making a pure electric road motorbike. The LiveWire created quite a stir when it was launched in 2019, and even more of a reaction when Charley Boorman and Ewan McGregor used them for their ‘Long Way Up’ TV series.

The LiveWire has been well received, although sales have been slow – not least due to the £29k price tag. Harley’s reaction has been to hive LiveWire off to its own brand and dropping the price to compete with Zero – at least in the US.

Harley might be the only recognised manufacturer selling an electric motorcycle, but we’re pretty sure that all have something hidden away in their design departments. The four main Japanese manufacturers have confirmed that they are working on swappable battery technology (think of the standardisation of video cassettes in the 1980s). KTM and Piaggio have also joined this consortium, which represents a way forward for motorcycles and light electric vehicles.

Triumph, in conjunction with other automotive big hitters like Williams, has secured government funding for a two-year study which will result in its ‘TE-1’ prototype, while Kawasaki has gone one step further – releasing images of a working middleweight prototype and confirming that it is also looking at hybrid technology. What’s more, they’ve even announced that they will introduce 10 alternative propulsion vehicles to their range within the next four years.

But probably the most surprising announcement came from Ducati, who recently announced that it will take over supply of the MotoE grid from 2023 – replacing Energica. Like Harley, Ducati is one of the most visceral and emotive bike brands in the business, and although the Audi-owned company has made no secret that it was looking at battery-powered bikes, it appeared to be in no hurry to actually produce one. With a grid full of electric Panigales on the horizon, it appears to be only a matter of time before we see a road-going version in showrooms. 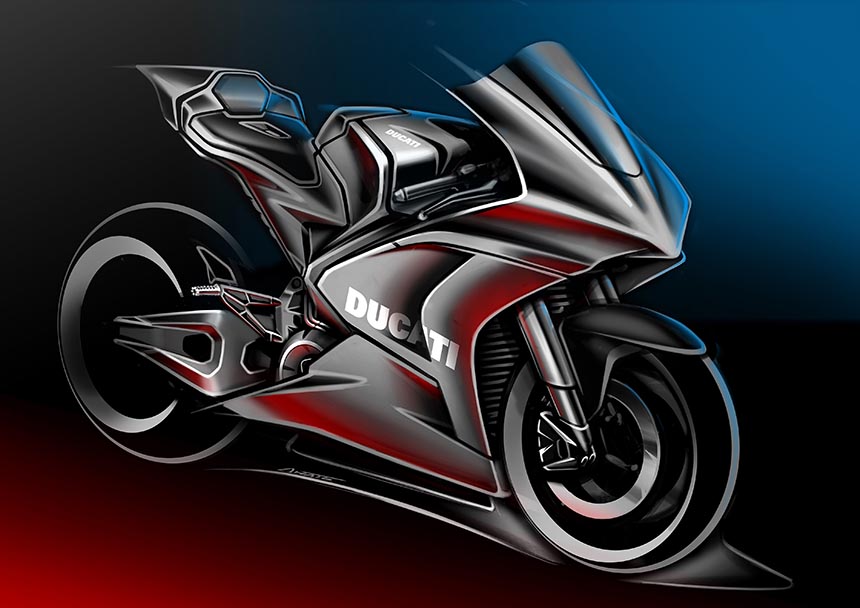 Who knows, but we doubt it.

Hydrogen as an alternative fuel is well known but has never been adopted in large quantities for a variety of reasons, not least the difficulty of producing and storing it.

Scientists are known to be developing man-made fuels which will be clean and able to replace petrol in internal combustion engine machines. Whether this project makes it to the consumer has yet to be seen, however all the time and money spent on developing automotive battery technology and charging infrastructure means that electric vehicles are likely to play some part in the transport mix for generations to come.

For small commuters, and low powered mopeds and scooters, electric is already a very good solution. For running around cities and delivery work, a clean running and easy to ride machine is perfect. Low speeds and less emphasis on distance place little strain on the battery, meaning that machines can be fitted with smaller, lighter and cheaper batteries which can often be removed for off board charging, or swapped over for fully charged ones. The Japanese led battery syndicate could well pave the way for truly swappable batteries in small machines, where riders are able to ride into a ‘swap shop’ and head out fully charged within minutes.

With larger motorcycles, especially those used for leisure, there is more of a dilemma. The need to travel longer distances, and to deliver greater power, means that these bikes need bigger, heavier and more expensive batteries – which cannot be removed – as well as large onboard chargers to allow them to be recharged quickly using public charging points.

There’s an argument to say that synthetic fuels could kill these machines in a stroke, however we can’t see that being the completely the case. Although many old school bikers love the sensations of traditional internal combustion engines, there’s no doubt that electric vehicles and their stunning acceleration can be exhilarating in their own right – as Tesla and many others are proving in the car world.

Not everyone wants to admit it, but right now an Energica or Zero offers the kind of seamless thrust that no petrol motorcycle can match, allied to a sci-fi soundtrack and smoothness that brings a whole new dimension to your riding. We fully expect that more and more riders will buy into electric motorcycles in coming years for exactly that reason and even if scientists create fuel to keep petrol bikes on the road for the rest of our lives, we think that electric propulsion will continue to be credible enough to appeal to a new generation of riders. 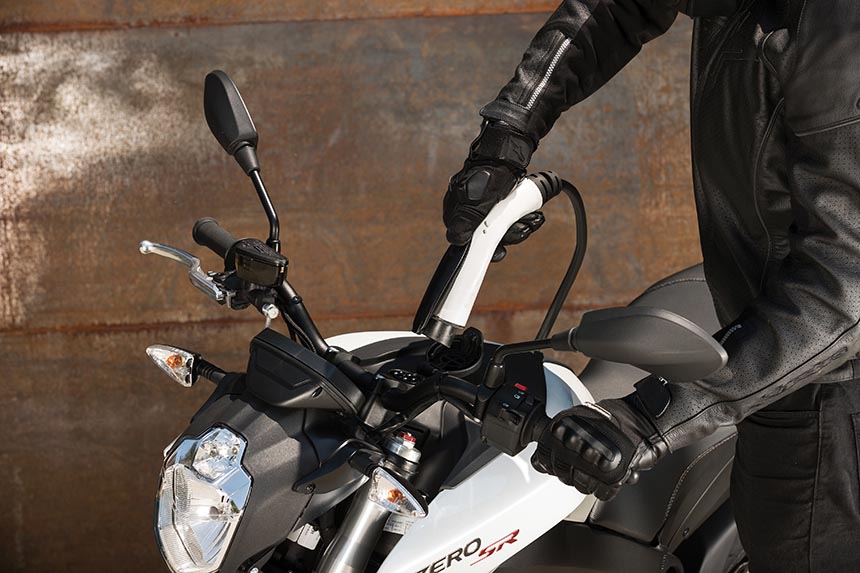 What about the charging network?

The good thing about electric vehicles, and an often overlooked point, is that they are charged at home.

That means that you’ll always leave home with a full charge, and with range improving all the time, for many journeys there is no need to charge while out on the road.

Public charging points do exist but tend to be more discrete than petrol stations – meaning that an app is the best way to find them. The network is increasing all the time, so for riders who do need to use it, it shouldn’t be too difficult to find. What’s more, technology seems to be standardising – meaning that it becomes easier to use.

It’s going to be interesting to see the evolution of electric motorcycles and scooters over the next decade. Historically we have seen that powered two-wheelers are generally five to 10 years behind the car world in terms of trends and adoption of technologies. With electric cars now becoming widely accepted and adopted, it may be that the motorcycling landscape will also change beyond all recognition come 2030.