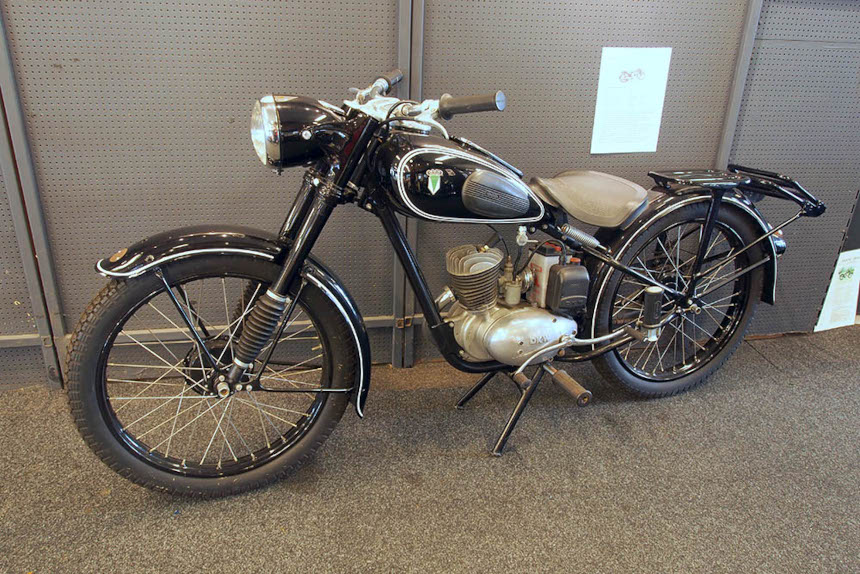 Ask anyone to name an iconic classic motorbike and they’ll very possibly mention the Triumph Bonneville, Ducati 916 or Kawasaki Z1, but there’s one design that’s usually overlooked – the DKW RT 125.

While most motorcycling icons earn their notability through their performance or race track results some, like the Honda Super Cub and CG125, do so because they sell in such vast numbers and play a significant role in getting the population moving. And while the DKW RT 125 in itself was not necessarily a common sight on British roads, the motorcycles it would go on to use its designs most certainly would.

DKW was a German automotive manufacturer founded by Danish engineer Jørgen Skafte Rasmussen in 1921 and it would quickly become part of Auto Union, which in turn would evolve into the Audi company we know today.

The designs and tooling to the RT 125 were taken by the Soviets at the end of World War Two, allowing the Russian MMZ company to produces copies of the German machine as the M1-A Moskva and K-125. 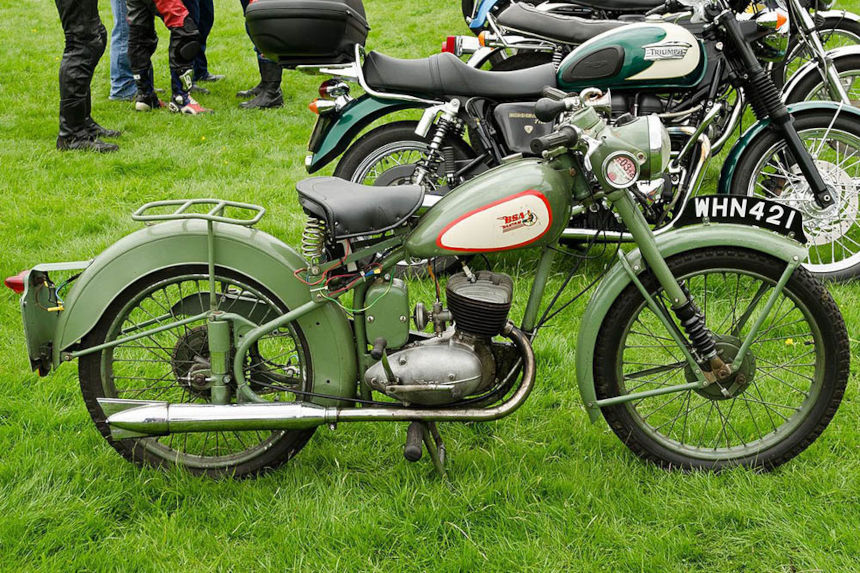 As part of the war reparations programme, several other factories in allied countries went on to build RT 125 based machines. These included the Harley-Davidson Hummer, Minsk M1-A and probably the most famous of all, the ‘British’ BSA Bantam (pictured), which sold over a quarter of a million units in various guises between 1948 and 1971.

Production continued in Germany too, with a relocated DKW building a version in West Germany and MZ taking over the old DKW facility in the east. The post war DKW RT 125 was designated RT 125 W, to denote it was built in the west, and was produced from 1949 to 1957.

As well as providing well proven and inexpensive transport in post war Europe and America, the RT 125 design would go on to inspire a new generation of Japanese manufacturers, which have become the standard bearers in today’s motorcycling landscape.

Most notably the DKW RT 125 provided the inspiration for Yamaha’s first model, the YA-1. Launched in 1955, the Yamaha YA-1 was not a direct clone of the DKW, but is widely acknowledged as being largely a reverse engineered DKW.

The DKW RT 125 may not have been the most glamourous of classic motorbikes, but it’s contribution to the world at a difficult time in history means that it is not one which should be overlooked.