Honda has announced a brand new all-rounder for 2022 in the shape of the Africa Twin-based NT1100.

Powered by the same 1084cc parallel-twin motor as the best selling adventure bike, the new model takes on a role traditionally filled by Honda models like the Pan European and the NT700V ‘Deauville’ – although the NT1100 hasn’t been given an emotive model name to go alongside its factory NT designation.

What it means is that we have a very solid looking all-rounder, which Honda is designating as a tourer, that should be a very capable day-to-day motorcycle. The Deauville and Pan European were beloved by high mileage riders, such as police forces and couriers, and although the NT1100 features a chain final drive, rather than the maintenance-free shaft of its predecessors, this looks likely to continue in that vein.

The Africa Twin engine is well-proven, delivering 100bhp in a fuss-free manner, and the NT version will also be available with the excellent DCT ‘automatic’ transmission, for which there has been a good uptake on other Honda models. 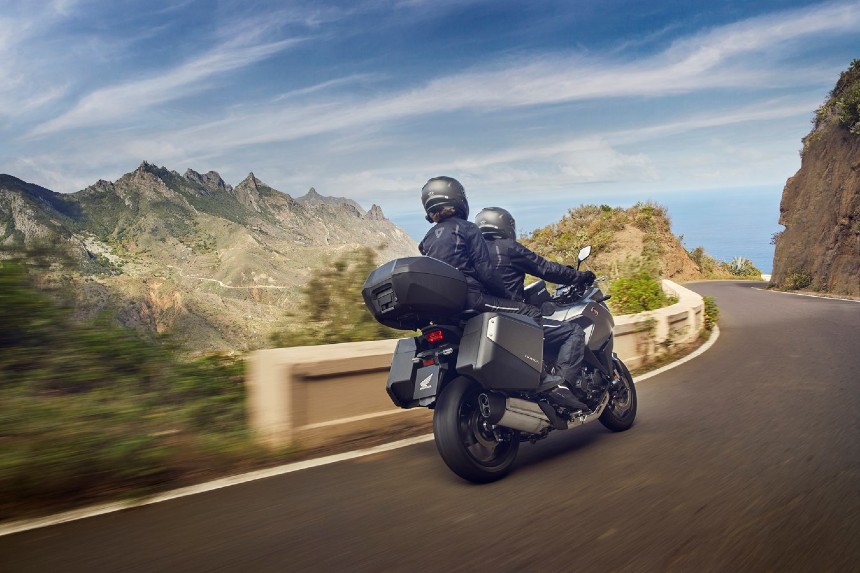 But as a pure road bike, the NT1100 should be accessible to more riders than the tall adventure bike. The steel double-cradle frame is shared between both bikes, but the NT1100 gets new Showa suspension and smaller wheels, with industry-standard 17” items front and rear – although there is no word yet on what the OEM tyres will be.

Otherwise, the spec is as you would expect from an Africa Twin derived model with five riding modes, a 6.5” TFT dash (with Apple CarPlay and Android Auto connectivity), traction control and wheelie control. Adding to the practicality comes a five-way adjustable windscreen, heated grips and slim rear panniers, all as standard, with a quick-shifter and large (50 litre) rear top box available on the options list.

Despite their narrow width, designed to make the NT1100 easy to ride through busy traffic, the panniers still hold a combined volume of 65 litres, making the new model eminently practical – which was always the great strength of the Deauville and Pan European.

The standard model will come in at £11,999, or £12,999 for the DCT version, and will come in three conservative colour schemes (white, black or metallic grey) when it arrives in showrooms early next year. That puts it on a price par with all-rounders from the Japanese competition, like the Kawasaki 1000SX Ninja, Suzuki GSX-S1000GT and Yamaha Tracer 9 GT. 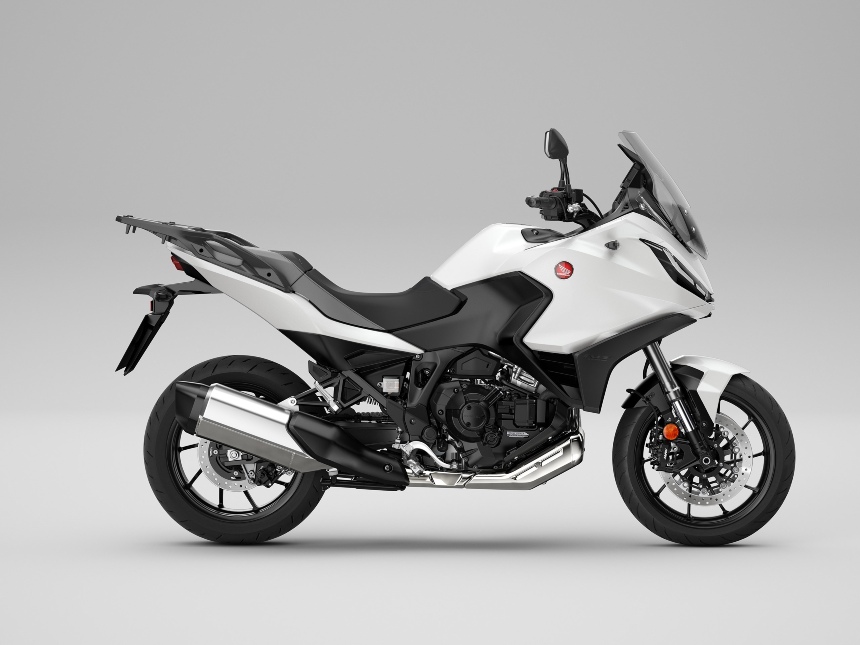