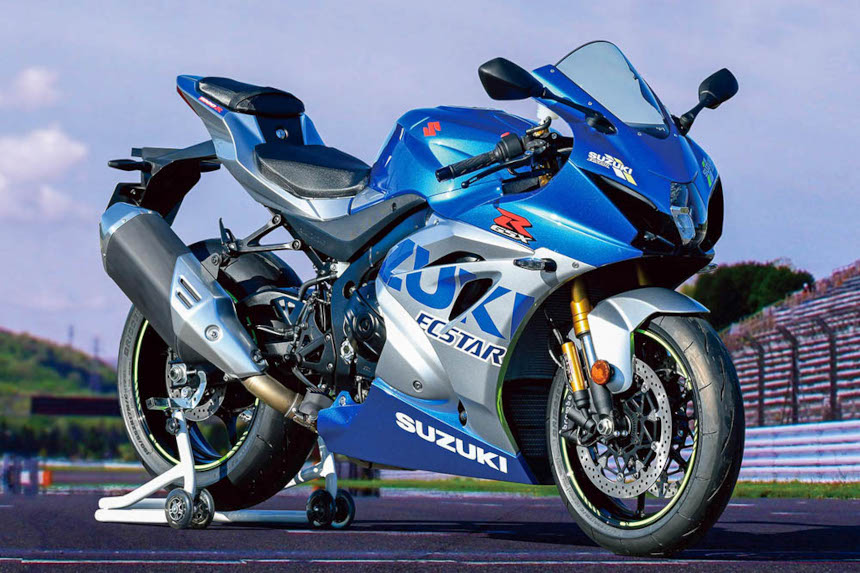 Here at Carole Nash Insidebikes, we still love a proper sportsbike. There’s no better feeling than having all of that power, those incredible handling attributes and all that tech working in perfect harmony, and on track there is no better weapon than a full-throated 1000cc superbike to really push a rider to their limits. And as with many sectors, innovation is a regular occurrence; over the past 10 years we’ve seen standard machines offer up a genuine 200bhp, with electronics evolving from a gimmick to game-changing tech and, most recently, the aero race and the introduction of wings.

Yet, with big updates and new models from every big player in the market, Suzuki haven’t brought anything to the party in the past half decade, other than the odd colour update and a few very minor changes here and there. So, does the five year old Gixxer still cut the mustard? Well, we took one out for a few sessions of Cadwell Park to find out… 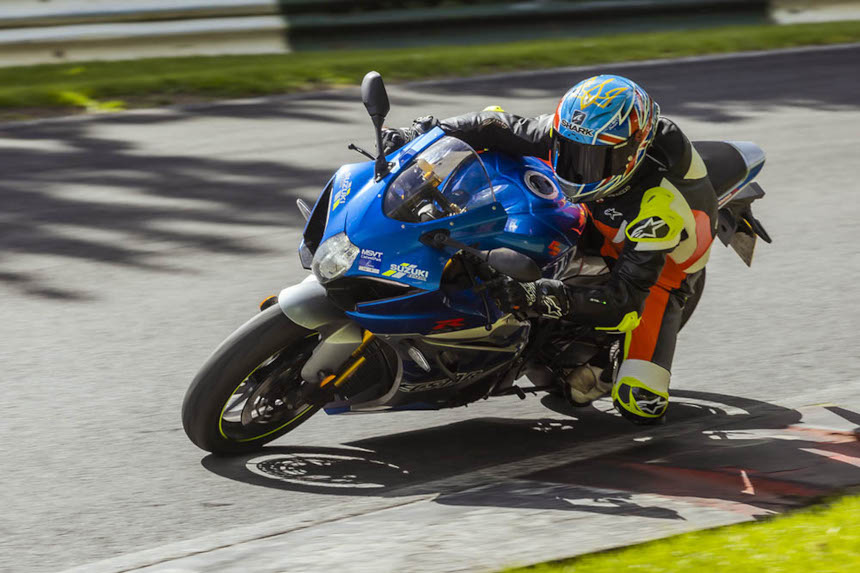 The GSX-R is, of course, an icon. We could write a book about the legendary GSX-R750 of 1985, while the original GSX-R1000 K1, introduced over two decades ago, joined the Yamaha YZF-R1 in changing the very essence of what made a fast road bike.

The K5 model of 2005 was considered the pinnacle of the ‘analogue’ superbike, the end of an era before traction control, rider modes and electronic everything. After that the ‘Gixxer’ went a bit quiet, eclipsed by faster and more controllable superbikes like the BMW S 1000 RR and Kawasaki ZX-10R. The icon remained almost untouched for a decade, before the all-new ‘L7’ arrived in 2017.

I actually had my very own GSX-R1000R L7 as a race bike, when they were first released. I loved it; it was (fairly) easy to setup, was incredibly reliable and was an all-round package that wasn’t crazy money either.

Yet in today’s forward-moving world, it’s mad to think that the very bike I recently swung a leg over at Cadwell Park was barely any different to one I picked up all those years ago. And in all honesty, it shows; unlike the recent crop of super sharp, aggressive winged sportsbikes, the GSX-R1000R has a really old-school, bulky and gentle look, that mimics the previous GSX-Rs.

Although the finish is nice, there are a few things left to be desired; the dash for example isn’t even a colour screen, and the selection of electronic choices are limited to say the least. I know it doesn’t sound like a big deal to a lot of people, but when you’re sinking this amount of cash? A bit more of a modern interface would be nice. 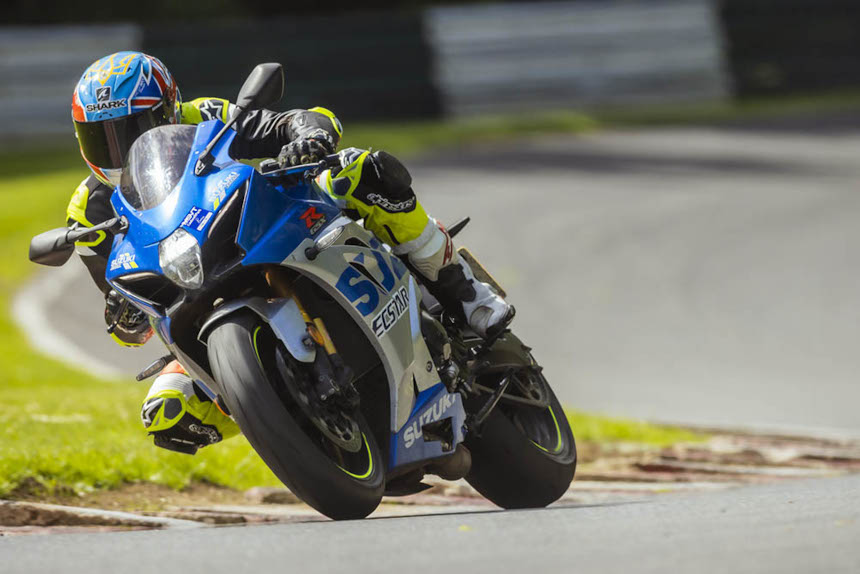 Saying that though, the GSX-R really does feel like a comfy armchair to clamber onboard. It’s fairly big, it’s spacious and everything is positioned nicely, with a fairly easy reach to the ground too. Having done thousands of miles on these bikes previously, I do have to admit that it made me smile jumping back on.

Getting going, the big Suzuki is a docile beast even in its most aggressive engine mode, and on track it instantly feels comfortable. As far as power figures go, it’s towards the lower end of the spectrum in comparison to its rivals. You can feel that at the top end, it doesn’t quite have as much oomph, as some of the pricier, more exotic options on the market.

Saying that, what it does have is an absolutely gorgeous mid-range with a whole load of torque on offer, which provides a really progressive, yet powerful, pick-up out of corners. Although it’s not the slickest system I’ve ever used, the ‘shifter and ‘blipper work nicely too.

One point where the GSX-R1000R does lose points are the brakes. Although they’ve got a Brembo logo attached, they aren’t the sharpest, most aggressive calipers on offer, and although they do offer a decent amount of feel, they don’t quite have the bite that some more expensive machinery does.

It’s a real shame actually, as the Suzuki is still a cracking machine in terms of its handling - offering up a whole load of feel throughout the corner, and even as standard it feels incredibly capable. The front end especially, offers an abundance of confidence from the very first few laps.

Saying that though, the tech is somewhere where the GSX-R really lets itself down. If you aren’t sold on the idea of electronic rider aids, have a go on the latest Panigale V4 or RSV4 Factory; they are so unintrusive yet so good, it’s almost like going bowling, and being able to put the sides up, just enough to keep things fun, but not enough to ruin the excitement.

Yet the GSX-R’s electronics are quite dated; the ABS is incredibly intrusive over bumps, and although the traction control works better, it’s still quite aggressive when it comes in – especially over Cadwell Park’s infamous Mountain, when the front wheel lifts. Don’t get me wrong, they’re not the worst system on the planet, but with so much evolution, it’s incredibly noticeable when compared to the latest generation superbikes.

There’s no denying the GSX-R1000R is an incredible machine, which is super capable and still great value for money. Taken in isolation it is spot on. At £17,400 it is a good chuck cheaper than the more exotic competition.

The problem is that although it’s still incredible, the (more expensive) competition has moved the game on; from the dash, to the brakes, to the tech, to the styling, it just doesn’t quite top the charts. If anything, I’m being too harsh on the GSX-R – but only because it has so much more potential. Please Suzuki, bring us a new one!