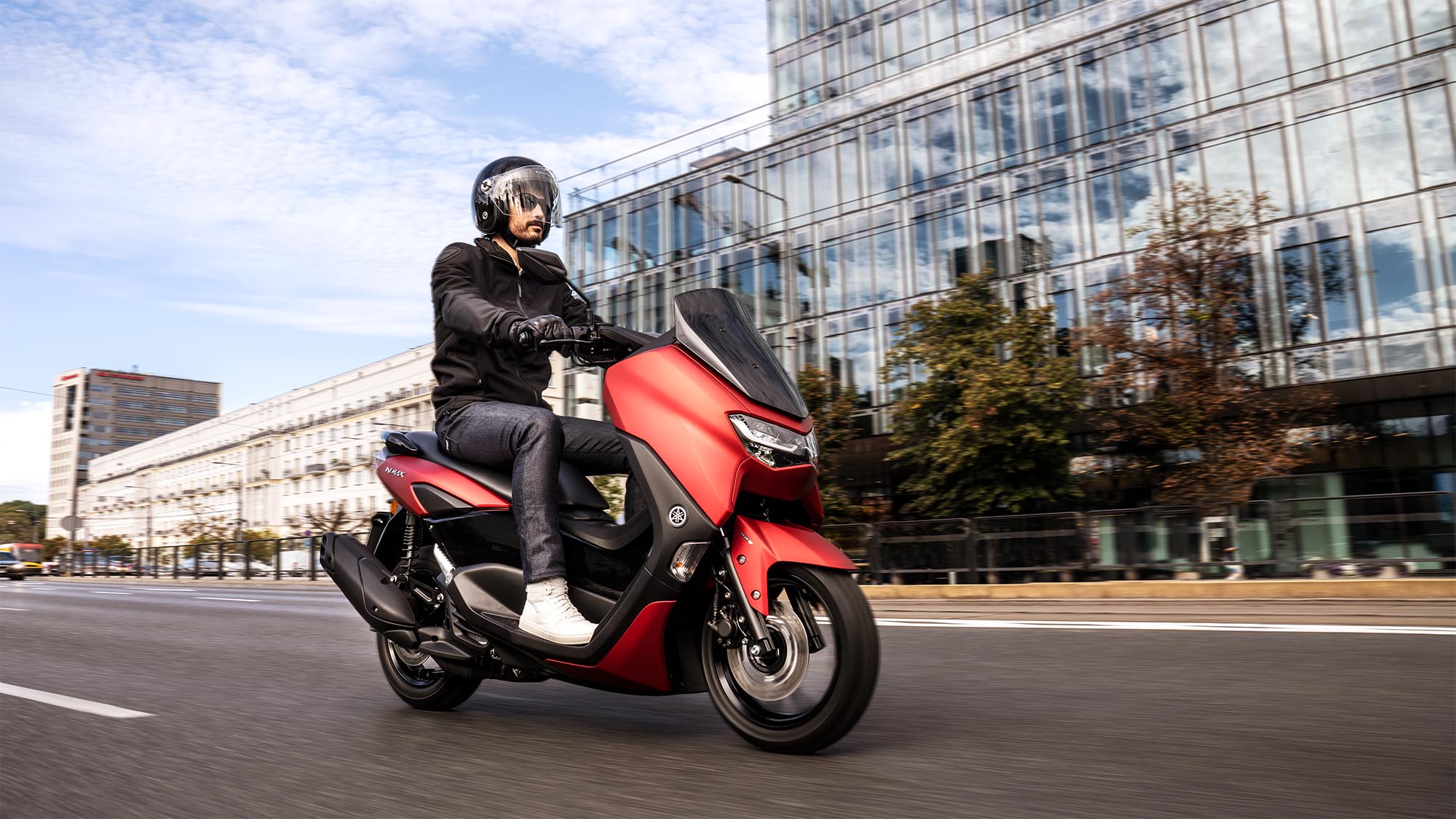 Yamaha’s twist and go NMAX 125 scooter has long been a best-seller in the UK, regularly fighting for top spot in the sales charts with the equally huge-selling Honda PCX125.

This sector has become even more important thanks to the search for alternatives to public transport with the threat of Coronavirus and, just like Honda has with the PCX, Yamaha has given the NMAX a Euro5 enforced update for 2021.

The NMAX 125 is Yamaha’s biggest-seller in what it calls the urban mobility category and, to date, more than 72,000 have been sold since it was introduced in 2015 – that makes up nearly two thirds of the total sales in this class for Yamaha.

Yamaha pitch the NMAX 125 as a sporty premium scooter aimed at the entry-level market and getting a new one right is vital to the success of the sales.

New for 2021 is redesigned bodywork and a new frame, while the 125cc, single-cylinder, four-stroke engine is now fully compliant with Euro5 regulations. Stop/start technology helps reduce emissions and improve fuel consumption, with the switchable system working to shut off the engine when stopped before automatically restarting when the brakes are released and the throttle is turned.

It may be small in terms of capacity but that doesn’t mean the engine in the NMWX 125 isn’t sophisticated in terms of technology. The 125cc engine’s Variable Valve Actuation (VVA) technology features a special intake camshaft consisting of two cam lobes, one ideal for low to mid-rpm, and one that works at higher revs. The VVA system automatically alternates between the two cams in order to achieve the most efficient combustion characteristics.

Other new technology on the 2021 NMAX 125 includes twin LED headlights, a new daytime running light and integrated rear lights and indicators. There’s also traction control that assists in slippery conditions and will be especially helpful for newer riders.

The NMAX 125 is the first scooter to feature Yamaha’s Simple Communications Control Unit (SCCU) which has been designed to keep the rider informed through the Yamaha MyRide app installed on their smartphone.

The app will update the rider on the status of various technical and running information including battery and oil status, fuel consumption and more. The app will even log the parking location of the scooter using the last logged connected location.

NMAX owners can also access many other sources of information including ‘Ride & Record’ a function that records data such as lean angle, acceleration, speed, distance and more from previous rides. Data can be shared with other MyRide users from all over the world, and new riding routes can be discovered and shared.

A key ingredient for any successful scooter are the practical touches like underseat storage – the NMAX 125 gets a storage cubby big enough for crash helmet which is not only lockable but also waterproof.

The full connectivity includes dashboard notifications of emails, texts of phonecalls received by the rider’s smartphone. There’s also a 12v power outlet to charge a phone and the front storage compartment is easily accessed.