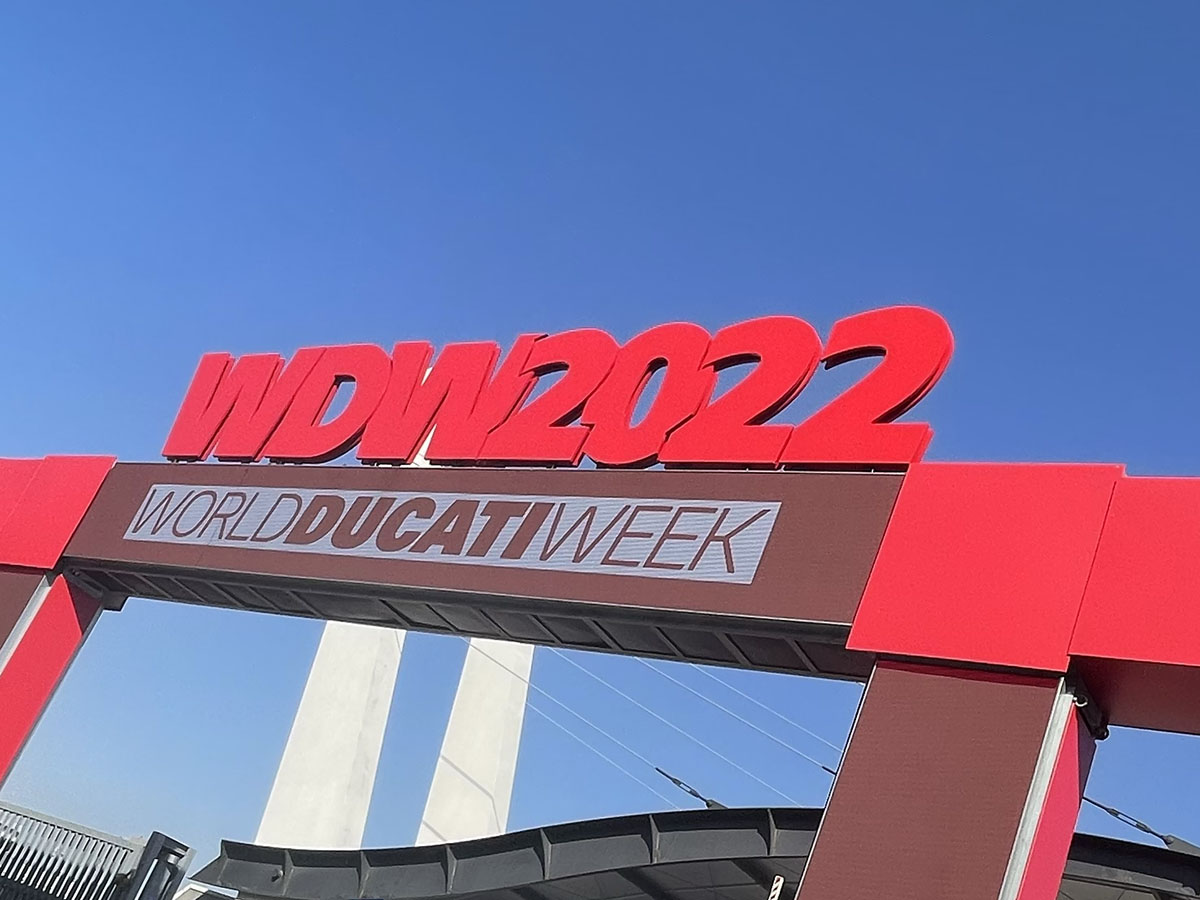 I love motorcycles. Not just the excitement they bring and the feeling they give, but the whole lifestyle around it; when you ride a motorbike, you’re part of a world-wide community. And every two years, the circuit of Misano and the province of Rimini becomes the stage for one of the biggest, biking festivals on this planet. And in its 11th edition, the 2022 stage of World Ducati Week was the greatest ever. 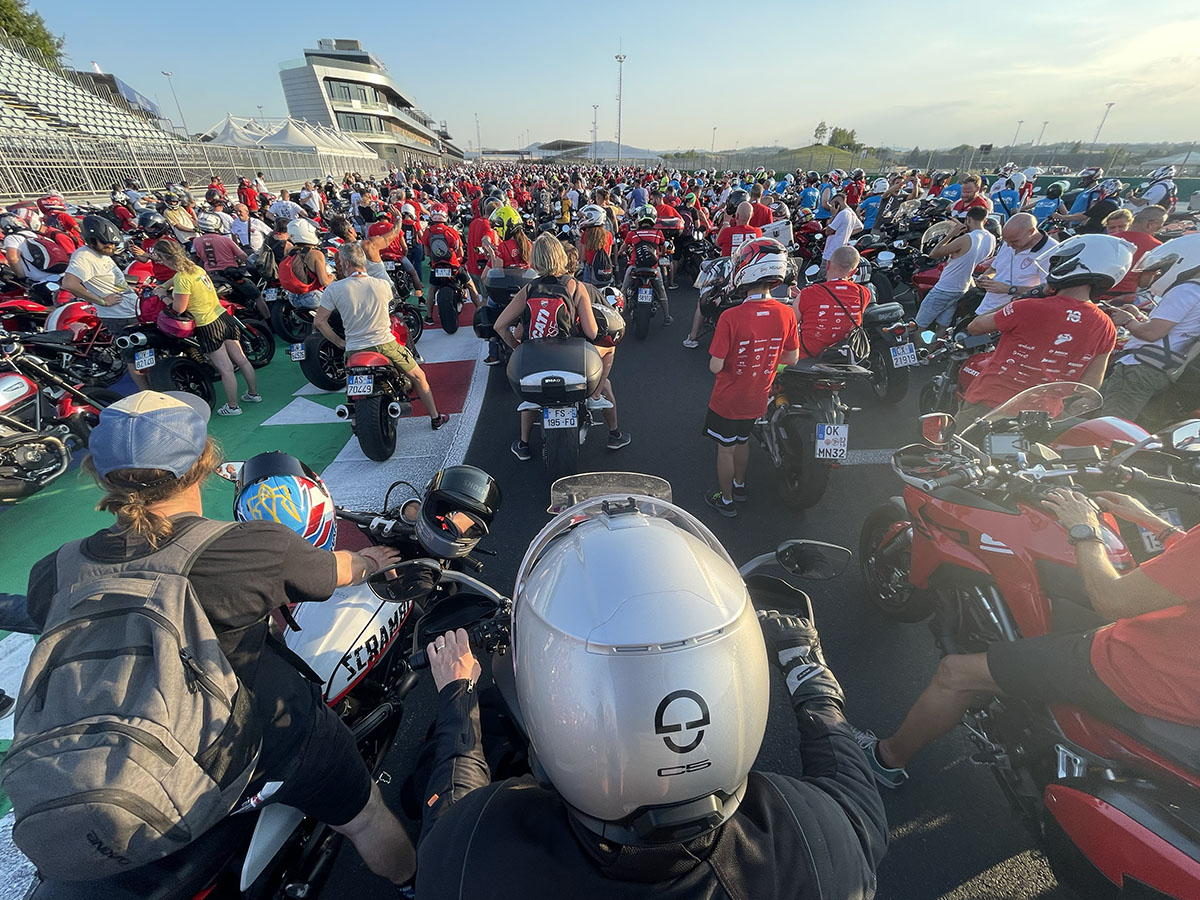 Owing to a certain pandemic, it had been four years since the last iteration of World Ducati Week landed on the glorious setting of Misano on the Adriatic coast, so it meant that Ducati went big in terms of everything in their events and experiences catalogue, with everything from stunt shows to riding experiences, races to tech talks, and of course, the legendary Ducati parade. To give you an idea to just how big this whole event is, here are some numbers to blow your mind: Over the three days, WDW attracted a whopping 80,000 visitors, from 84 countries. 5,805 laps of Misano were completed by bikes and cars (Lamborghinis and Audis, which are part of the Ducati family), and a whopping 1,244 experiences were completed on the Ducati Experience machinery. There were also 600 simulator tests, 45 Ducati Talks, 4,320 sets of leathers tried on, 22 hours of music, and a parade of Ducatis that was so large, it took 33 minutes from start to end to leave the circuit. Now that, is a serious achievement. But it’s not just about the achievement, as Insidebikes actually made the trip over to the legendary festival to see, feel and experience it in person – and it’s something that every motorcycling fan, whether a Ducati die-hard or not, should experience.

For starters, it could not be held in a better location. Not only is Misano World Circuit Marco Simoncelli an incredible circuit not only to ride but to spectate on with great facilities, perfectly placed grandstands and a nice, spacious paddock, but it’s also situated on the stunning east coast, with under a 10-minute ride to the beach. With glorious sunshine it’s a place perfect for a holiday in normal times, yet even on our arrival before WDW had even got underway, the atmosphere and buzz was infectious and spread for miles on end. Wherever you looked there was racing merch, every bar and restaurant adorned the Ducati flag and the glorious rattle of the dry clutch was basically the soundtrack to the weekend. It was a really good vibe with very few idiots, just a load of like-minded people having a good time in a great place – and that’s before we even got to the circuit.

Because that is where the real magic happens. Turning up at the Misano World Circuit Marco Simoncelli, you could be easily fooled into thinking that there was a big, world class race event going on, considering the sheer amount of people flooding in. But it was so cool, and every Ducati fan looked valued; you didn’t just park your bike up miles away and trudge along. The bike parking was in the main paddock, creating a sea of red exotica as far as the eye could see. And in front of that exotica? Well, there was so much to do, it even took me by surprise, from tech talks, to bike exhibits, to even being able to create your own racing logo and number – whether you wanted to get to know the insides of an IMU, or just try your hand at a Panigale simulator, there really was something for everyone. 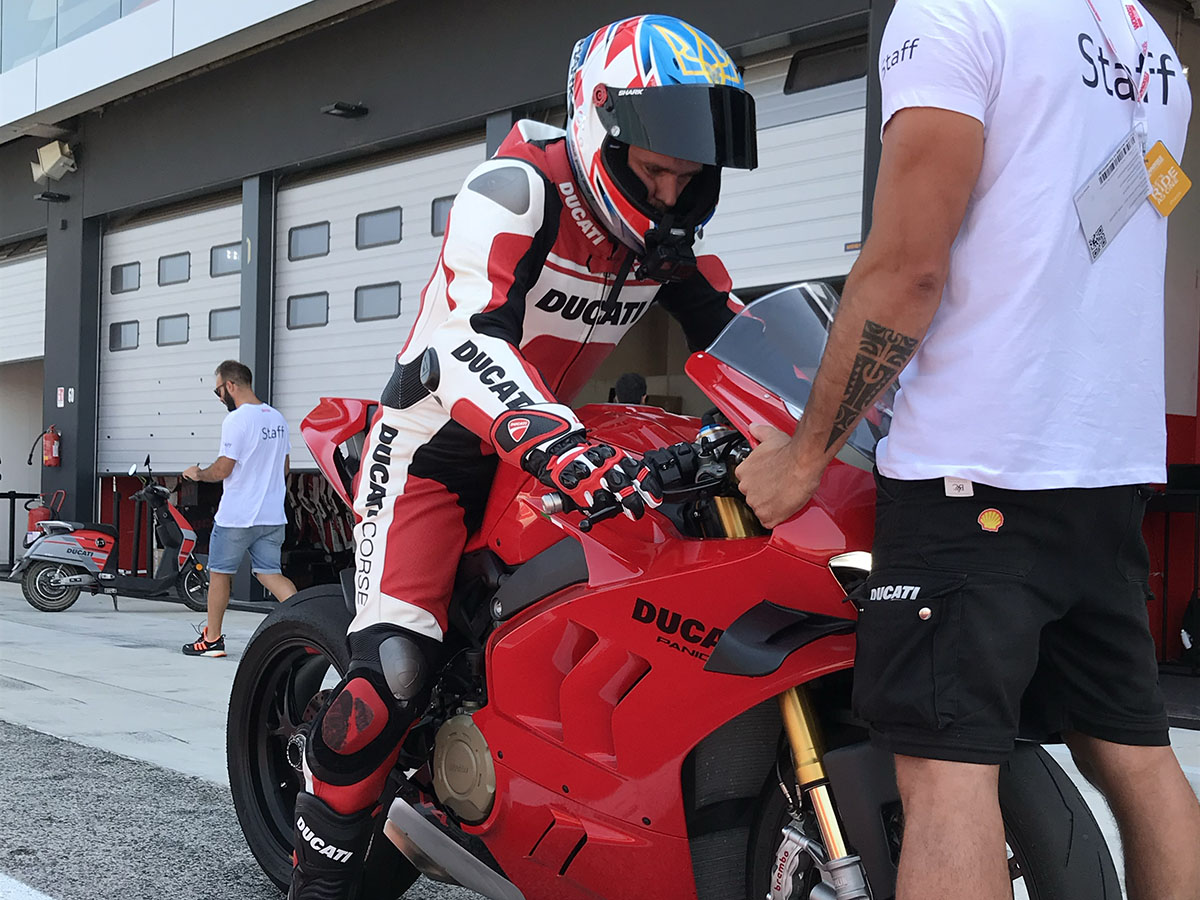 And that’s before we even get into the actual riding (and driving) experiences. There was so much on that covered everything from a 20 minute Panigale track session, to off-road experiences on the Desert X and road rides on the Monster and the Multistradas. I managed to bag both a road ride and a track ride, and it was a great experience for people to be able to test the latest and greatest machinery, with the ride up the mountains calm and peaceful on Ducati’s latest Monster, but the track ride an incredible experience on one of my favourite bikes on the planet – the Panigale V4S. A 20 minute session on one of those things around Misano, an incredible circuit in itself? That’s basically worth the trip alone. There were loads of other events too; the stunt riding was absolutely bonkers, the Lamborghini rides looked epic and I couldn’t help but fancy a go on the two-seater GP bike, but that’ll have to wait ‘til another time. The days really are jam packed full of entertainment, and ending the Friday night in the huge parade? Well, that was a sight to behold, riding the Misano circuit with tens of thousands of other people, all at once. It was a proper bundle, in the best kind of way. 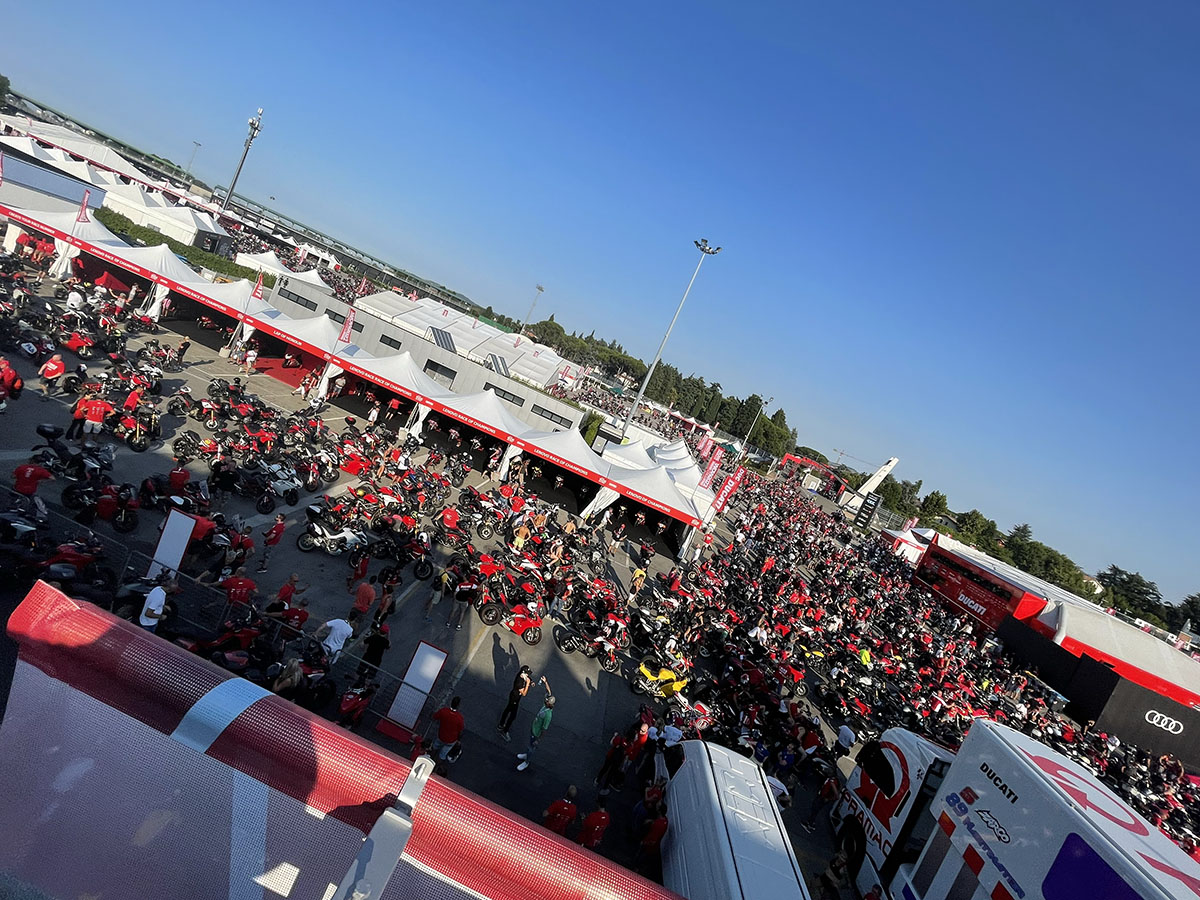 But then again, it’s not just about the riding and once the day at the track had finished, it wasn’t the end of things; on the Friday night, Ducati held a Scrambler Beach Party and, on the Saturday, there was a huge event on stage, that had everything from rider interviews to a proper DJ and a party. But to top it off? Well, Ducati held one of the coolest race events possible, in the Lenovo Race of Champions, which saw 21 of Ducati’s current racing heroes, covering everything from their World Supersport and AMA racers to their factory MotoGP squad, dicing it out on identical Panigales – and with some incredible lap times, close racing and even a few crashes, it’s fair to say that there was absolutely no messing around either… I mean, Bagnaia was just 2.5 seconds from the WSBK pole lap, set earlier this year at Misano.

Being named after Carl Fogarty, having owned two Ducatis and having been a fan of the brand since I was allowed anywhere near my Dad’s pristine 916 that had pride of place in the garage, I’ve always had a lot of love for the Bologna marque, and at World Ducati Week? Well, I was like a kid in a sweet shop. But the beauty of it was, it wasn’t just a willy-waving buy a bike type job; it was a proper festival that was run on a love of motorcycles, which was incredibly well executed. If you’re a Ducati fan, then you have to get yourself to the next iteration, taking place in 2024 – and even if you’re not, you need to go anyway. By the time you leave, you’ll be a convert…