Who the heck are… Meguro Motorcycles? 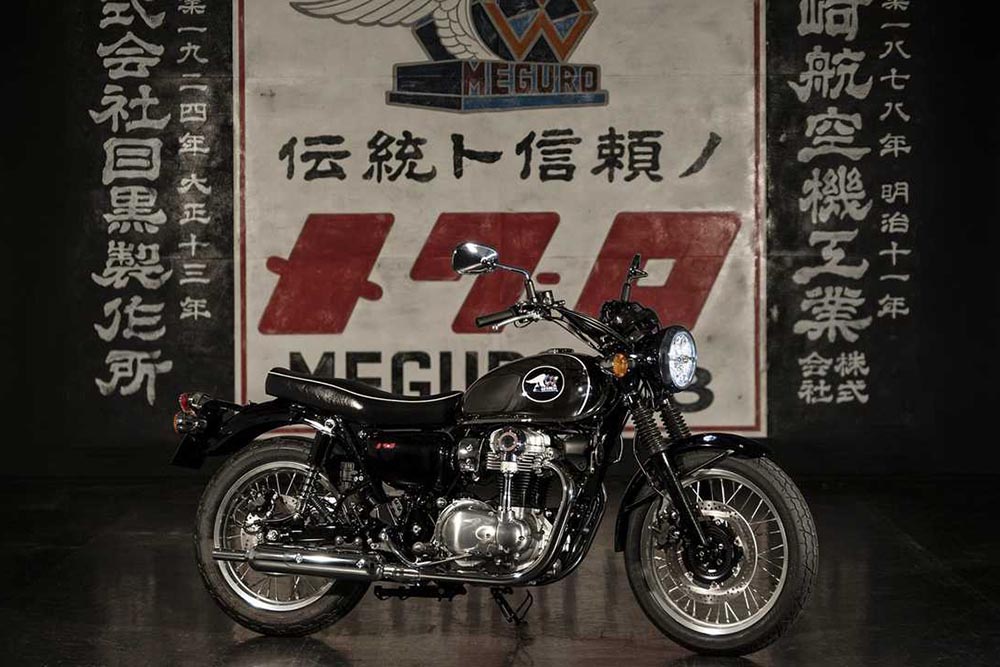 Chances are that you’ve never heard the name Meguro before, but this recently revived brand was critical to the founding of one of today’s Big Four Japanese manufacturers.

It’s hard to believe, but there was a time when Japanese companies did not dominate the world of motorcycle manufacture. The year was 1937. Soichiro Honda had just set up his first company, producing piston rings for car manufacturers; loom maker Suzuki was looking to make its first foray into automotive manufacturing, Yamaha made musical instruments and Kawasaki was famous for building ships and trains. The Japanese motorcycle industry was in its infancy, with some manufacturers dabbling with copies of western designs. One of those companies was Meguro, named after an area of Tokyo, who produced a 500cc single, called the Z97, based on a Swiss design.

The company’s roots could be traced back to 1924, when Hobuji Murato and Takaji Suzuki set up an engineering company which specialised in the design and build of gearboxes. Murato had worked with Harley-Davidson in its early days, which helped to understand the processes involved in building complete motorcycles, and although the first bike went on sale in 1937, the onset of World War Two saw production stopped as the factory was retooled to make aircraft components.

Production resumed in 1948, with a full range of 125cc, 250cc and 350cc overhead valve singles, heavily influenced by British designs of the time, joining the 500cc Z97. Meguro were one of the best selling motorcycle brands in the Japanese market and its products were popular with the police and military.

The single cylinder designs served Meguro throughout the 1950s but by the end of the decade the company experienced financial troubles following the introduction of some unsuccessful new models. By 1990 Meguro was established as Japan’s oldest motorcycle manufacturer but significant changes were afoot. The company had been working with Kawasaki throughout the 1950s and, in 1960, the conglomerate became more and more involved. As part of the deal, Meguro built a two-cylinder model, called the K Stamina, which was a copy of the BSA A7. Meguro had raced a two-cylinder BSA copy with some success in the 1950s and the new models were well received and highly regarded for their engineering.

By 1962 the company had changed its name to ‘Kawasaki-Meguro’ and by the end of 1964 the Meguro name was almost completely gone, as Kawasaki took full control of the company. The A7 based design underwent further development work and the engine was enlarged to 650cc to create the Kawasaki W1, which was sold at home and abroad from 1965, while a Meguro-Kawasaki branded 250 remained in the range until 1969.

The Meguro brand has lain dormant for over 50 years but rumours suggest that Kawasaki is set to revive the name as a sub-brand.

Having also recently purchased Bimota, it would appear that Kawasaki is looking to ramp up its heritage offerings in coming years. The W650 and W800, which pay homage to the W1, have been popular retro classics for the past 20 years and last month they announced a rebadged version of the W800, called the Meguro K3 (pictured), will go on sale in Japan.