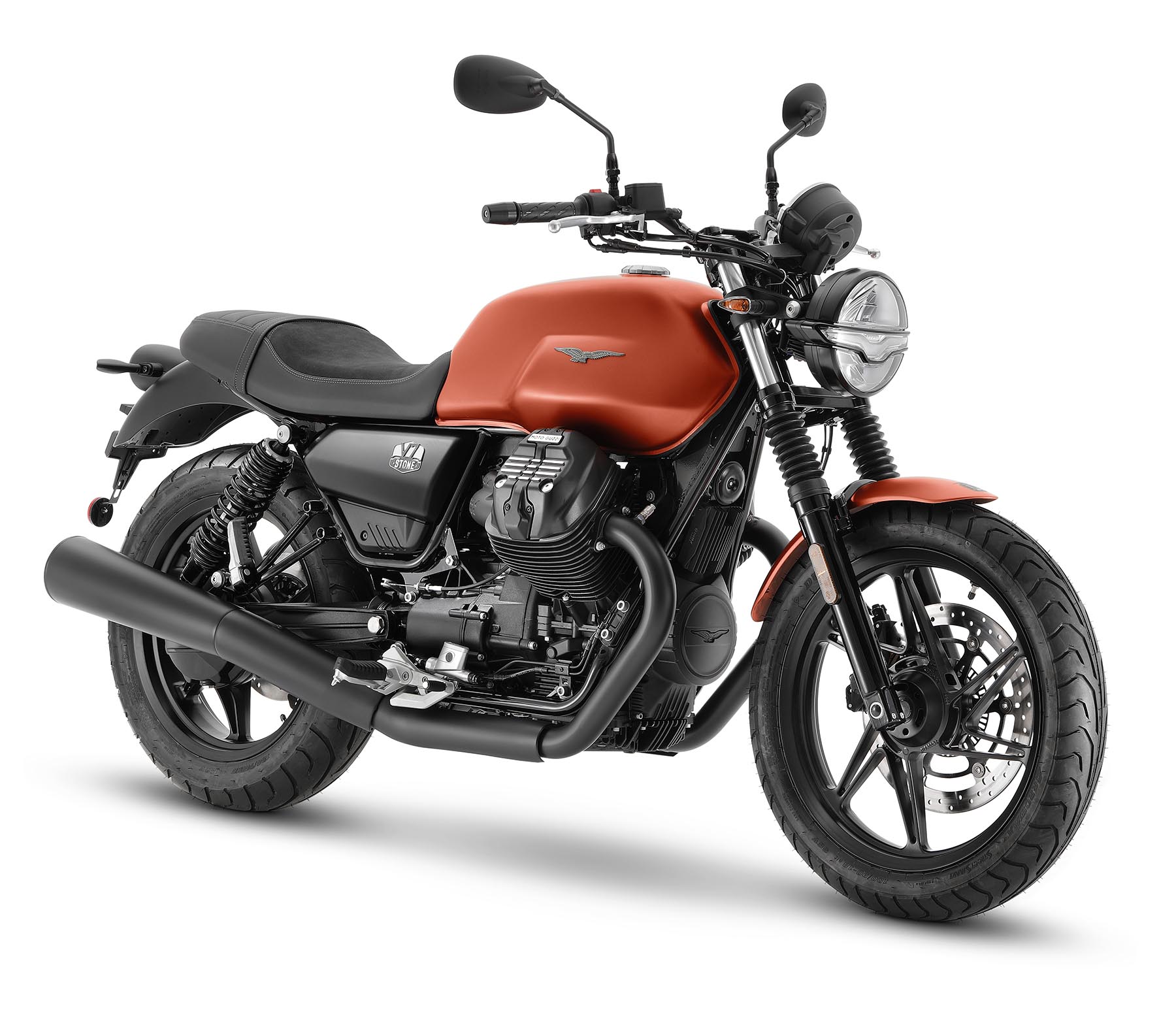 Moto Guzzi’s charming V7 has been updated for 2021, with 25% more power, an upgraded chassis and new detailing as part of its Euro5 upgrade.

Probably the most authentic retro bike on the market today, the V7 combines the Italian company’s classic transversely mounted V-twin engine layout with styling that looks like it’s come straight out of the early 1970s.

The headline stat about the 2021 V7 is the adoption of the 850cc engine from the equally retro V85TT adventure bike. That boosts the power from 52bhp on the old, 750cc, model to 65bhp, with torque up to 73Nm. The V7 is no speedster, of course, but the new engine should address one of the only real criticisms that could be laid at the Mandello built machine, namely that it lacked the performance of rivals like the Ducati Scrambler and Triumph Bonneville 900.

Moto Guzzi has slimmed down the V7 range for 2021 and two versions of the updated machine will be available. The V7 Special is the more traditionally styled variant, staying true to the original V7 of 1971, and comes complete with spoked wheels, twin analogue clocks and plenty of chrome to complement the two-tone paint schemes. The cheaper V7 Stone is a more contemporary take on the classic Guzzi design, with cast wheels, single circular instrument cluster and blacked out metal components alongside satin finished single colour liveries.

Visually, it’s hard to distinguish the 2021 model from earlier V7s but take a closer look and you’ll see a number of small differences. The side panels and shorter rear mudguards are new, as are the stylish looking LED lights. Kayaba twin shocks are an upgrade on older versions and are said to be plusher, with more travel, while the rear wheel now accommodates a wider 150 section tyre, up from the old bike’s rather weedy 130. The shaft drive has been beefed up too, to cope with the extra power and torque. Other changes include a new two-tier saddle, revised footpegs and a strengthened frame around the headstock area.

From young hipsters looking for a super cool city bike (Moto Guzzi are also making an A2 licence version available) to old boys looking for a hassle free ‘classic’ bike, the V7 has a wide appeal. It is an often overlooked modern retro bike, which is a great shame as it’s one of the most soulful bikes on the market today. From the characteristic gentle sway of the engine at standstill to the mild torque reaction from the shaft drive under acceleration, it’s a mellow ride that harks back to the days when motorcycles were simpler and more analogue than today’s computer controlled machines. Classic motorbikes are as much about the feel as they are the look, and if you’re in the market for a mellow modern retro, the quirky Guzzi is well worth a look. It is proper old school, right down to the pushrods and lack of a radiator.

There’s no word on exactly when the 2021 V7 will hit showrooms, or how much it will cost, although historically the V7 has been reasonably competitively priced against other entry level modern classics on the market.