Last year’s condensed racing calendar threw up some incredible on track action, even if we couldn’t watch from the trackside.

It goes without saying that we’re eagerly awaiting the 2021 season and despite the UK having no full-time rider in the MotoGP world championship for the first time in over a decade, following Cal Crutchlow’s retirement, there is still plenty to get excited about.

We saw plenty of surprise winners in 2020 and we’re expecting more this year too. We’ll be keeping our eyes open for these riders in particular, as they all look to make their own piece of history over the next 12 months. 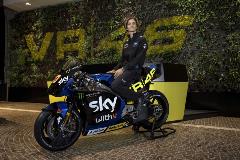 Growing up, Italian Luca Marini couldn’t have asked for a better tutor to show him how to ride fast on a motorcycle, being the half-brother of nine times world champion and MotoGP GOAT (Greatest Of All Time) Valentino Rossi. And they’ll be going head to head in 2021!

Next season sees 23-year-old Marini move from Moto2 after five seasons in the championship up to the premier class on board the first SKY Racing Team VR46 Ducati, racing against Rossi for the first time on track… Discounting the regular battles they have at Rossi’s training ranch back in his hometown of Tavullia, of course.

The Ducati that Marini will be riding backed by his brother isn’t the most favoured bike on the grid though, in fact it’s the third best Ducati after the factory and Pramac Racing teams’ machines. But following Marini’s most successful Moto2 season, finishing runner up and fighting for the title until the final round, the number 10 is one to watch in 2021. 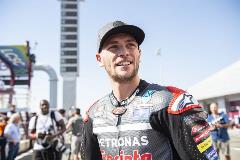 Sticking with Grand Prix racing, Carole Nash-backed British rider Jake Dixon is set to have his most successful season yet in the middleweight Moto2 class next season, remaining with Petronas Sprinta Racing squad for a second year.

Dixon’s 2020 campaign got off to a steady start, with a 14th and 18th position in Qatar and Jerez and two DNFs after that, but something clicked in the second half of the season as he managed to string together a series of top 10 results proving his talent, with a fourth place finish the highlight of 2020 at Aragon in Spain.

At the round before his fourth place, heartbreak struck at the famous Le Mans circuit, sliding out of a healthy lead in difficult conditions in front of fellow Brit Sam Lowes, who went on to win the race. But such promising performances has earned Dixon another year in the championship with an excellent team.

The former British Superbike championship runner up is currently recovering from a broken wrist sustained at the Teruel Grand Prix, but is fighting hard to be fit come the opening round of 2021, ready to continue his positive run of form. And who knows, with Britain crying out for a premier class rider following the retirement of Crutchlow, could Jake be in the running for stepping up to the premier class in 2022?

Fifteen year old Honda British Talent Cup rider Eddie O’Shea is a name you could be hearing a lot in the future. He is set to take the next step on the “Road to MotoGP” in 2021 as the he has been chosen as the Brit to race in the Junior Talent Team contesting the FIM Moto3 Junior World Championship – which has seen the likes of current MotoGP world champion Joan Mir graduate – in addition to his promotion to the Red Bull MotoGP Rookies Cup.

O’Shea had a consistent impressive 2020 season showing both speed and progress, leading the British Talent Cup standings for most of the year before just losing out on the crown in the season finale at Brands Hatch, but his performances throughout the season earned him the chance to move onto the world stage.

He joins 2019 BTC champion Scott Ogden in the Junior World Championship. It’s a dream ticket for any young rider and it will be interesting to see how he copes with the massive step up in competition. 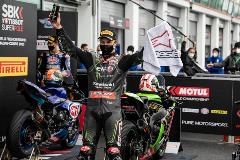 Jonathan Rea needs no introduction, of course. Cal’s departure means that JR is undisputed as Britain’s top motorcycle racer, and he remains determined to keep rewriting the record books for many years to come.

The Carole Nash-supported six time world superbike champion signed a new “multi-year” deal with the factory Kawasaki Racing Team in the summer, cementing his intentions to continue winning world titles. He’s won a championship every year that he’s been with Kawasaki, with the lucrative partnership beginning back in 2015. But next year could potentially be his biggest challenge yet? Kawasaki have launched a new ZX-10RR for Rea to get to grips with and the competition in the championship looks to be as strong as in any season gone by. Title rival Scott Redding now has a year’s World Superbike experience under his belt, and there’s renewed competition from BMW, Honda and Yamaha, not to mention Kawasaki team-mate Alex Lowes. But with his experience and sheer speed, Jonathan will go into the season as a firm favourite to take that seventh world title and his 100th race win. 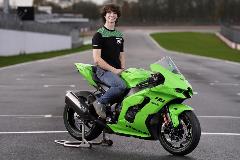 Nineteen year old Scot, Rory Skinner, has already achieved an awful lot in motorcycle racing. In 2015, he was selected as the only British rider to compete in the coveted Red Bull MotoGP Rookies Cup – which has seen the likes of Grand Prix rider Johann Zarco progress from – where he raced for three full seasons achieving a pole position and podiums in the process.

Then in 2018, Skinner moved to the British Talent Cup, a new British-rider-focused MotoGP feeder series, and became the inaugural champion which should’ve seen him move into the Moto3 world championship. Complications in making a move happen resulted in Skinner transitioning to the British Supersport championship as privateer on a Chris Walker-backed Kawasaki ZX-6R with a podium at Donington Park his best result.

The 2020 season, however, proved just how talented the young Brit is. Riding for the Appleyard Macadam Yamaha team, he won the first six races in a row in impressive style, and secured the championship with two races to spare. His dominant performance in the competitive Supersport series made him a sought after rider in the eyes British Superbike team bosses.

It was the official Kawasaki team, FS-3 Racing, who eventually secured his signature. Like Jonathan Rea, he’ll be on board the new Kawasaki ZX-10RR. Winning the title at the first attempt is likely to be a tough ask against such experienced opposition, but we’re expecting some strong results and more than a few surprises throughout the season.