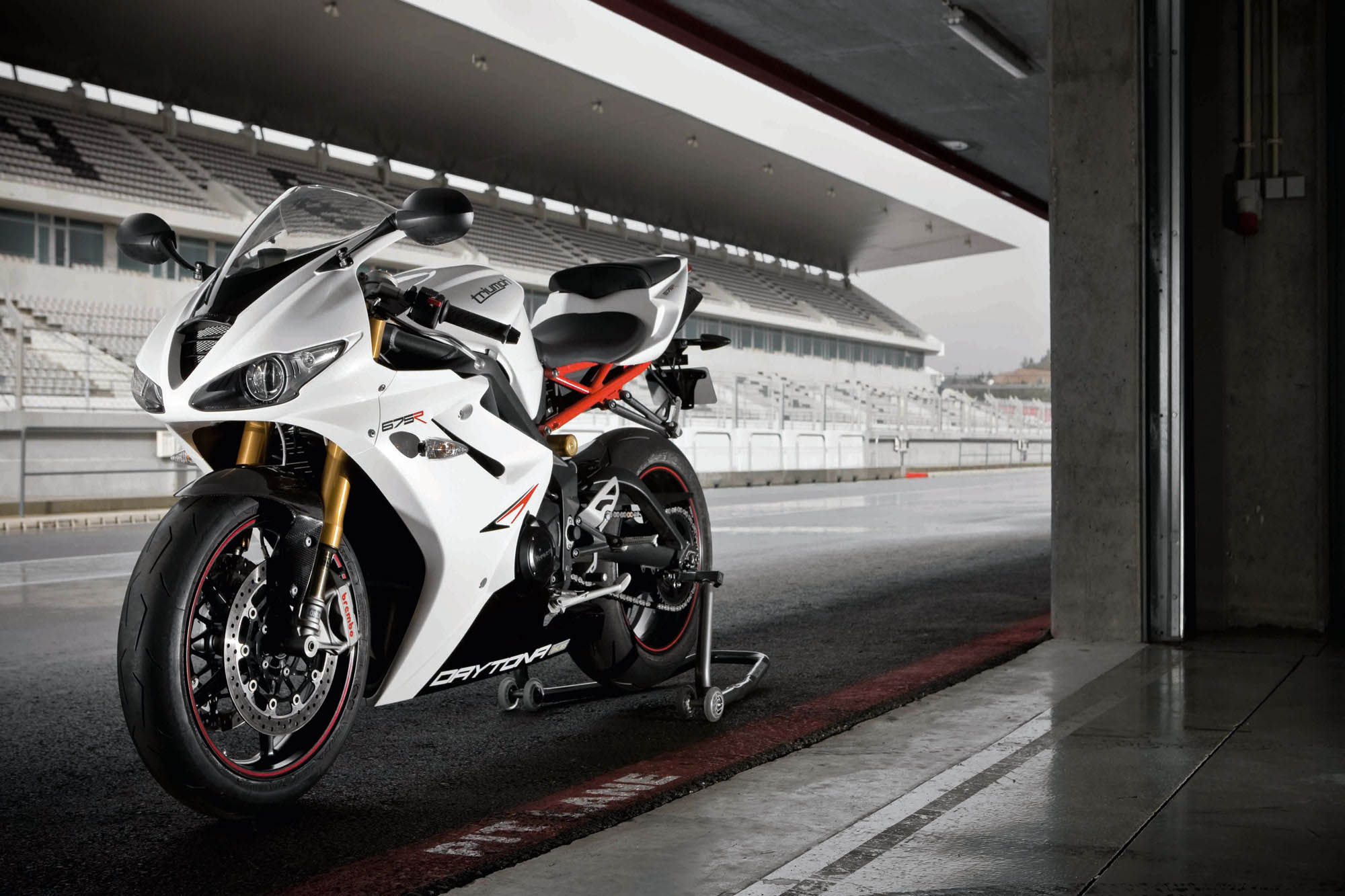 The answer? Loads! It feels like just yesterday when these bikes were rolling out of the showrooms and (to us at least) well looked after examples feel as fresh, exciting and technologically advanced today as they did back then.

So what ‘future classics’ are still exciting us in 2021? Selecting just five was a mission in itself, but we hope you enjoy our trip down memory lane.

The early 2010s was a golden time in Triumph’s Hinckley era. The British company was knocking it out of the park with so many great models: their new Speed Triple was class leading and the all-new Tiger 800 adventure bike range was as good as anything coming out of Bavaria.

But for future classic status we’re going for the 2011 Daytona 675R, because it’s the pinnacle of a model which made a huge impact on Triumph’s fortunes. First introduced in 2006, the Daytona 675 was the first time Triumph had been able to claim a truly class leading bike. The three-cylinder 675cc machine took on the best Japanese supersport bikes – which were massive sellers at the time – and beat them with some style.

A minor update came in 2009 and for some this R version, introduced in 2011, was the pinnacle. It added top notch Ohlins suspension and Brembo brakes, as well as some fancy pearlescent white paint, carbon fibre trinkets and red detailing. It gave an added touch of class to an already classy motorcycle.

Triumph brought out a new Daytona for 2013, but it struggled to have the same impact. Middleweight sportsbikes were on their way out of fashion and the 2013 suffered from less elegant styling, while being no faster than the model it replaced. The longer stroke motor in this 2011-2012 model gave the Daytona 675R a strong mid-range and created a wonderful bike that was full of character and so much more enjoyable than the high revving 600s to ride on the road.

There are a few things going against this particular model when it comes to its place as a future classic motorcycle though. That logo being used by Triumph on its sportier bikes was a bit weird. Why they replaced the iconic logo with a strange script is anyone’s guess, but it was gone within a few years! Despite the fancy suspension, Triumph didn’t tend to go as far as the likes of Ducati when it came to upspeccing its posher models, and it was assembled in Triumph’s Thailand factory too which will mark it down for some. That has no implication on the Daytona’s build quality, however some traditionalists will turn their noses up at the thought of a Triumph built anywhere but the British Midlands and that might mean that early UK built, non R, examples will be most sought after when the Daytona reaches real classic territory.

With a two year production run, and brought out at a time when supersport sales were in decline, they’re relatively rare just now. We’d bank on around £6,000 for a decent example. 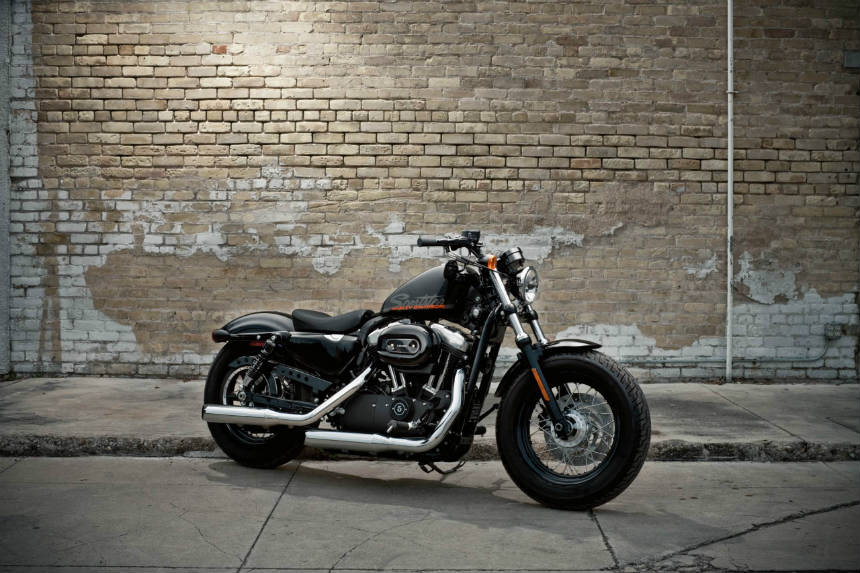 The Forty-Eight was a new model introduced in 2010 but far from being an all-new machine, it was a variant in the long running Sportster range. Harley Sportsters tend to polarise opinion. On one hand they are basic, crude and old fashioned, on the other they are basic, crude and old fashioned… One man’s meat is another man’s poison and all that, but if you want a simple ‘iron horse’ there really is little to match a Sportster. It’s easy to ride, low to the ground and full of good vibes and V-twin character.

The Forty-Eight was based on the Sportster 1200 and was so named because its tiny peanut tank was inspired by the iconic design that first appeared in H-D’s 1948 model year. It also featured blacked out components, feet forward controls, shorter rear shocks, a solo seat and a beefed up front end. The look and feel was on point, although the small tank and lack of comfort meant that it was no tourer.

It’s an old school, air cooled Harley that will never go out of fashion and prices remain strong. Most have been well looked after and many have been modified with desirable official Harley-Davidson accessories, so getting one for less than £8k will be a mission. That’s strong money for a decade old bike that’s as basic as they get, though the good news is that old Harleys have a reputation for barely depreciating. Look after it and the Forty-Eight will likely continue to hold its value well. The 2010s saw an electronics revolution in motorcycling and, in 2011, this was starting at the top with riding aids starting to appear on range-topping superbikes.

Kawasaki had introduced some basic traction control on its ZX-10R back in 2008, but by the time the noughties had turned into the tens, BMW had moved the game on with the S1000RR.

Kawasaki had upped their game as well, with the 2011 ZX-10R, but the bike to beat in world superbikes at the time was Aprilia’s RSV4, which had taken Max Biaggi to the 2010 title and which would go on to win twice more (Biaggi in 2012 and Sylvain Guintoli in 2014).

The RSV4 was introduced in 2009. It was famous for its compact dimensions, made possible by the neatly packaged V4 engine, and prodigious power output of nearly 180bhp. The model was available in various levels of specification and, in 2011, Aprilia introduced a limited edition (of 350) examples of the Factory Special Edition, to celebrate Biaggi’s success.

Back then, riding modes, traction control and wheelie control were all novelties, and many bikers found it hard to accept electronic aids on their sports bikes, but that’s what Aprilia’s excellent APRC (Aprilia Performance Ride Control) package offered. Public reception would change in years to come though, as riders realised that not only did they increase safety, they also improved the riding experience.

Aprilias remain relatively rare and less desirable than fellow Italians Ducati. There are a bewildering range of different models out there but with its championship winning heritage it’s certainly deserving of future classic status. We’ve seen examples of good spec RSV4s from less than £6k, and even this limited edition model for under £10k. That’s a serious amount of pedigree for not a lot of money. 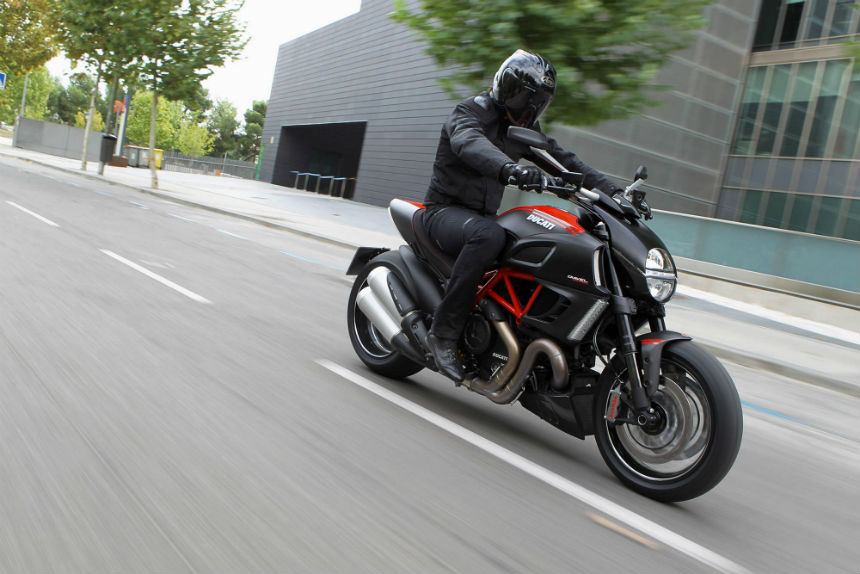 Ducati was another brand reinvigorating its range in 2011. The Multistrada 1200 had arrived the year before, turning its quirky ‘All Roads’ model into a seriously credible challenger to the BMW R1200GS and Triumph Tiger 1050, but 2011’s Diavel was a real talking point. If a Ducati adventure bike was taking the brand away from its sportsbike core, surely cruiser would be a step too far?

Well yes, and no. While many struggled to get their head around the fact that Ducati had the audacity to ‘take on Harley-Davidson’ the truth is that the Diavel was a cruiser done in a definite Ducati way.

The 1198cc V-twin was taken from Ducati’s 1198 superbike. With over 160bhp, this was no typical cruiser. With mid-mounted pegs, it was more of a VAMX style muscle bike than a traditional custom bike (the later X Diavel filled that role with its feet forward stance and belt drive) and it was fast, very, very fast!

The stunning acceleration and 240 section rear tyre made it a bike of extremes. It’s not quite got the cult following of a VMAX or Triumph’s Rocket III, but today £7k will buy you a rare machine that puts as bike a smile on your face, and turns just as many heads, today as it did 10 years ago. 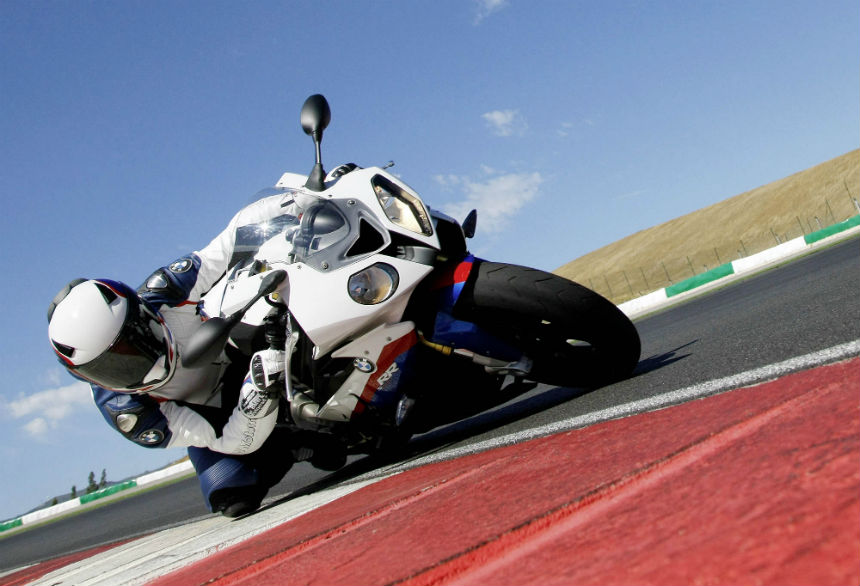 It really is incredible to think that the BMW S 1000 RR is approaching classic status. BMW’s first true superbike was a real gamechanger in many ways. It was launched in 2009 and by 2011 the final first generation examples were rolling off the production line.

It’s hard to underestimate the impact this bike had both on BMW’s fortunes, and in the way in which it would define future performance motorcycles.

Before the S 1000 RR, BMW’s image was fuddy duddy. The GS adventure bike was a great seller but hardly appealed to a younger audience. Racing in world superbikes was part of BMW’s marketing plan and the range of models which followed attracted a more diverse following.

The S 1000 RR produced a class leading 190bhp but it was the electronics that really moved the game on. BMW’s riding modes and dynamic traction control proved that electronics really could make a difference to the riding experience, and the S 1000 RR breathed some life into the ailing superbike class.

BMW never really achieved what it hoped for in racing though. After two tough seasons, 2011 was something of a breakthough on the circuits with new signing Leon Haslam finishing fifth overall and scoring three third places.

Will the S 1000 RR ever be a true classic? Who knows? But with good 10 year old examples changing hands for between £7-8000 they represent an awful lot of performance for the money.