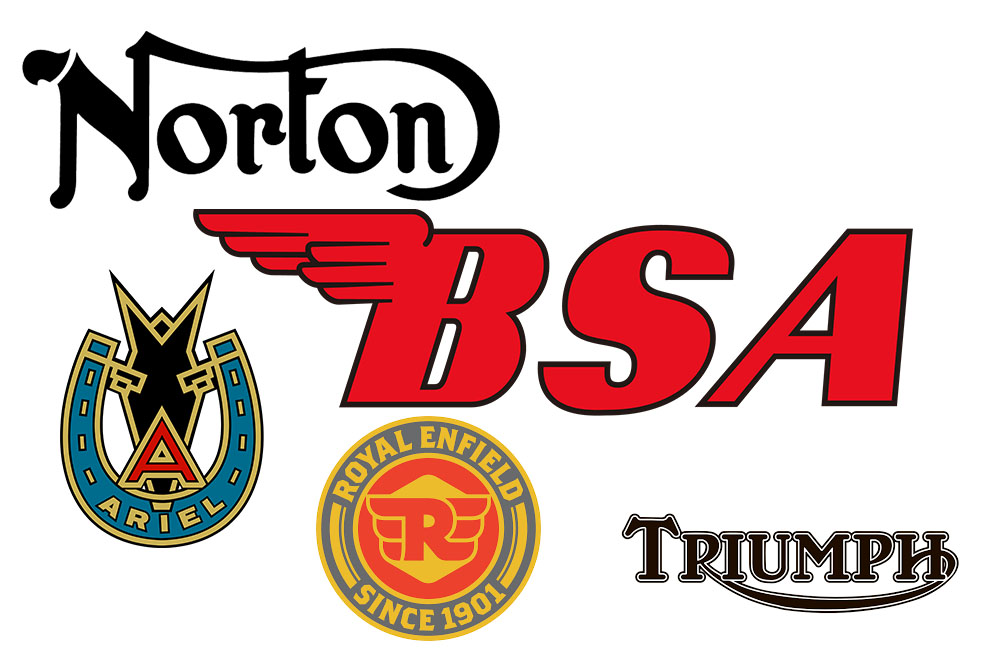 There was a time when British motorcycle brands ruled the world. From racers like the BSA Gold Star and Manx Norton, to the Triumph Bonneville superbike of the 1960s, machines from these islands were the fastest and most desirable around.

But the latter decades of the 20th century were not kind to the British industry. New, cheaper and more technologically advanced designs from Japan moved the game on significantly in the 1970s, and by the mid-80s the British industry was all but gone.

Despite the demise, the biggest British brands continued to hold significant allure both at home and abroad. With the recently announced revival of BSA, Britain’s biggest bike brands are all now back. Here’s the lowdown on the five most iconic British bike companies whose products you should be able to buy in 2022…

Ariel Motorcycles was one of the leading manufacturers between the wars.

Based, like all the main British bike makers, in the English midlands, the company’s most famous design was the Ariel Square Four of 1931. Utilising an innovative chain-driven overhead camshaft four-cylinder engine, the Square Four was one of legendary engineer Edward Turner’s first the earliest designs.

The brand was owned by the bigger BSA company for most of the 1950s and made its last motorcycle, the 200cc Ariel Leader in 1967.

After being dormant for more than 30 years, the name was revived in 1999 when the new Ariel Motor Company developed the minimalist Ariel Atom, a two-seat sports car. The company moved back into bikes in 2015, with the Honda V4 powered Ariel Ace – a 173bhp power cruiser that’s hand built in small numbers in Somerset.

The name BSA stands for Birmingham Small Arms and reflects the fact that the company originally started out making firearms, back in 1861.

The company made its first motorcycle in 1910 and went on to become one of the biggest manufacturers in the world, with the lightweight BSA Bantam, originally of German design, selling over 250,000 units between 1948 and 1971. Despite being better known for fairly utilitarian motorbikes, BSA also produced the iconic Gold Star, the definitive production race bike in the post war years. Available in 350cc and 500cc versions, as well as road and off-road variants, the ‘Goldie’ remained in production until 1963.

The BSA Group acquired Triumph in 1951 and although the brands initially ran their own product lines in 1968 the BSA Rocket 3 and Triumph Trident, a pair of 750cc three-cylinder superbikes were developed jointly. This would be the last hurrah for BSA, as the company folded in 1972.

In 2006 the giant Mahindra group, which also owns the classic Jawa and Peugeot Motorcycles brands, bought the BSA name and has recently announced a new model, a 650cc single boldly wearing the Gold Star badge and due to be built in Coventry.

Along with Triumph, Norton is arguably the most famous of all British brands.

Founded in 1898 by James Lansdowne Norton, the company had an enviable reputation in racing, particularly at the Isle of Man TT. They won the first ever TT race, in 1907, and took the honours in the flagship Senior TT every year between 1947 and 1954.

Despite this, the company struggled financially and in 1953 was bought by Associated Motor Cycles, which also owned AJS and Matchless. This did little to revive fortunes and by 1966 AMC was also out of business. A new company, merged with Villiers, was shortlived and a (Government backed) merger with Triumph also didn’t last for long. While Triumph lived on through a worker’s co-operative, by the mid-1970s the Norton name seemed to be lost forever.

Since then the Norton story has been one of largely unsuccessful rebirths. In 1988, a new line-up used an unusual Wankel rotary engine but was commercially unsuccessful, even if Steve Hislop famously (and surprisingly) won the 1992 Senior TT on one.

A spell under American ownership promised a revival of the iconic Commando model, but that was sold on to British entrepreneur Stuart Garner in 2008. Garner’s 12-year spell in charge of Norton was mired in scandal but this year a new Norton factory has been opened, under the ownership of Indian company TVS.

TVS’s two bike range is set to go on sale soon, with a 1200cc V4 superbike and café racer based around designs from the Garner era.

Royal Enfield started out, like most British motorcycle companies, in the midlands at the start of the 20th century. Launched in 1931, its single cylinder Bullet was one of its most popular models and ultimately led to the continued success of the brand.

Like many bike companies Royal Enfield fell by the wayside in the 1960s but by this time the Bullet was proving a big success in post-colonial India, where the bikes were assembled from imported kits. Following the demise of the British company, a new Indian organisation was set up to continue production of the Bullet in Madras (now Chennai).

The Bullet remains on sale in India but the Indian owned Royal Enfield builds new models, albeit in the traditional style, as well. Although they’re still built in Chennai, they have an R&D centre in the UK and are making big strides in the British market, providing well priced classically styled motorcycles for bikers looking for a no-nonsense ride.

The most famous of all British motorbike brands, Triumph was famous the world over through classic models like the Bonneville, Speed Twin and Thunderbird, but the arrival of high performance Japanese bikes in the 1970s saw the Triumph crumble along with the rest of the British industry.

Thankfully Derbyshire builder John Bloor had a vision and bought the rights to the brand at auction, following the ultimate demise of the Meriden based company in 1983. His fastidious approach to building a high quality product saw a near six year gestation period for the new company, and by early 1991 a new era of motorcycles were rolling off the production line in a new factory in Hinckley, Leicestershire.

Even then, few could have imagined what a success the new company would be. Recently, some 30 years later, the millionth Triumph of the Bloor era has been built.