Royal Enfield looking to create a storm with new Meteor 350 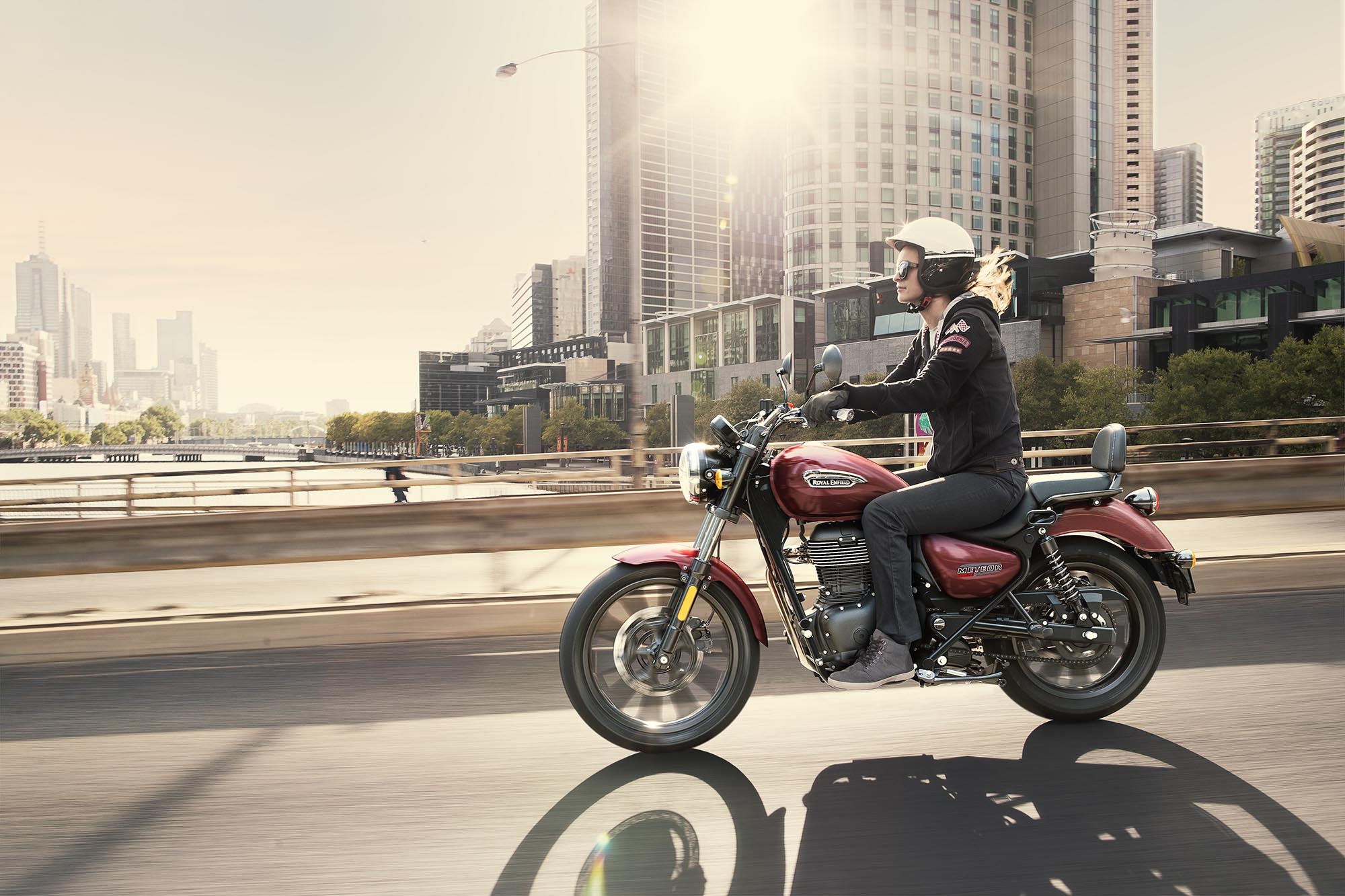 Rejuvenated Royal Enfield hopes to continue its stellar 2020 sales performances with the introduction of a new budget model, the Meteor 350, which will go on sale at just £3749 in the first quarter of 2021.

The Indian company enjoyed a successful year in 2020, selling more than 1000 examples of its 650cc Interceptor twin and even enjoying a brief spell as the UK’s best selling motorcycle in the summer. Now the Chennai based giant is hoping that its A2 legal cruiser will continue the upwards trajectory, as they continue to invest in new models and selling bikes in export markets.

Royal Enfield was founded in Redditch in 1901, making it the oldest motorcycle brand currently in production. The company was famous for its single cylinder Bullet models, first launched in the 1932, and although the British company went bust in 1971, it remained one of the most desirable motorcycle brands in India.

Production of Indian Bullets started in 1955. They were built under licence at a factory in Madras (now known as Chennai) after being chosen as the most suitable motorcycle for Army use. The Bullet remains in production today but in recent years the company, now owned by the giant Eicher Motors group, has expanded its range with a number of new models aimed at a global market.

Enfield introduced a new research and development centre in the UK in 2017. Based at Bruntingthorpe in Leicestershire and staffed by a number of ex-Triumph engineers and designers, the company has expanded its range with the two-cylinder, 650cc, Continental GT and Interceptor 650, as well as the Himalayan adventure bike.

These models remain true to Royal Enfield’s roots. They are basic, cheap to buy and easy to maintain – and none more so than the Meteor 350, which inherits its name from the company’s 1952 touring motorbike.

It’s a ground up new design, with a basic 350cc single cylinder engine likely to produce around 20bhp. The styling is described as cruiser, with a low seat, mildly raised bars and pegs set slightly forward, but it’s a fairly unassuming design that is unlikely to offend those looking for a basic roadster design.

Details of the Meteor are still thin on the ground, but Royal Enfield have confirmed that there will be three funkily titled trim levels (named Fireball, Stellar and Supernova) and seven colour options. It is expected that there will be a comprehensive range of official accessories for owners who want to modify their bikes, and the different trim levels are likely to come pre-fitted with some of these, including the windscreen and passenger sissy bar. Despite the basic specification, expect to see some modern technology on the Meteor, including Bluetooth smartphone connectivity, as the company looks to attract more youngsters to the brand.

Royal Enfield says that it is targeting a wide range of riders with the Meteor 350, from rookies through to experienced riders looking to downsize, and including city commuters to weekend leisure riders.

Commenting on the new model, Siddhartha Lal, Managing Director of Eicher Motors, said: “The Meteor 350 is a supremely refined, easy and accessible cruiser. It is a charming combination of classic cruiser styling with modern capability."

Arun Gopal, Head of Business Markets EMEA, added: “One of Royal Enfield’s core objectives is to introduce as many people as possible into motorcycling,and we see our products as instrumental to that process. The introduction of the Meteor 350 further strengthens our reputation for building bikes that are appealing, accessible and approachable for a broad demographic."

With its low price, three-year unlimited mileage warranty and three-years roadside assistance, the Meteor 350 may well contribute to Royal Enfield’s continuing rise in the UK as more and more commuters look for an inexpensive and more socially distanced way to get around in 2021.