Motorcycle racing in 2021: what can we expect? 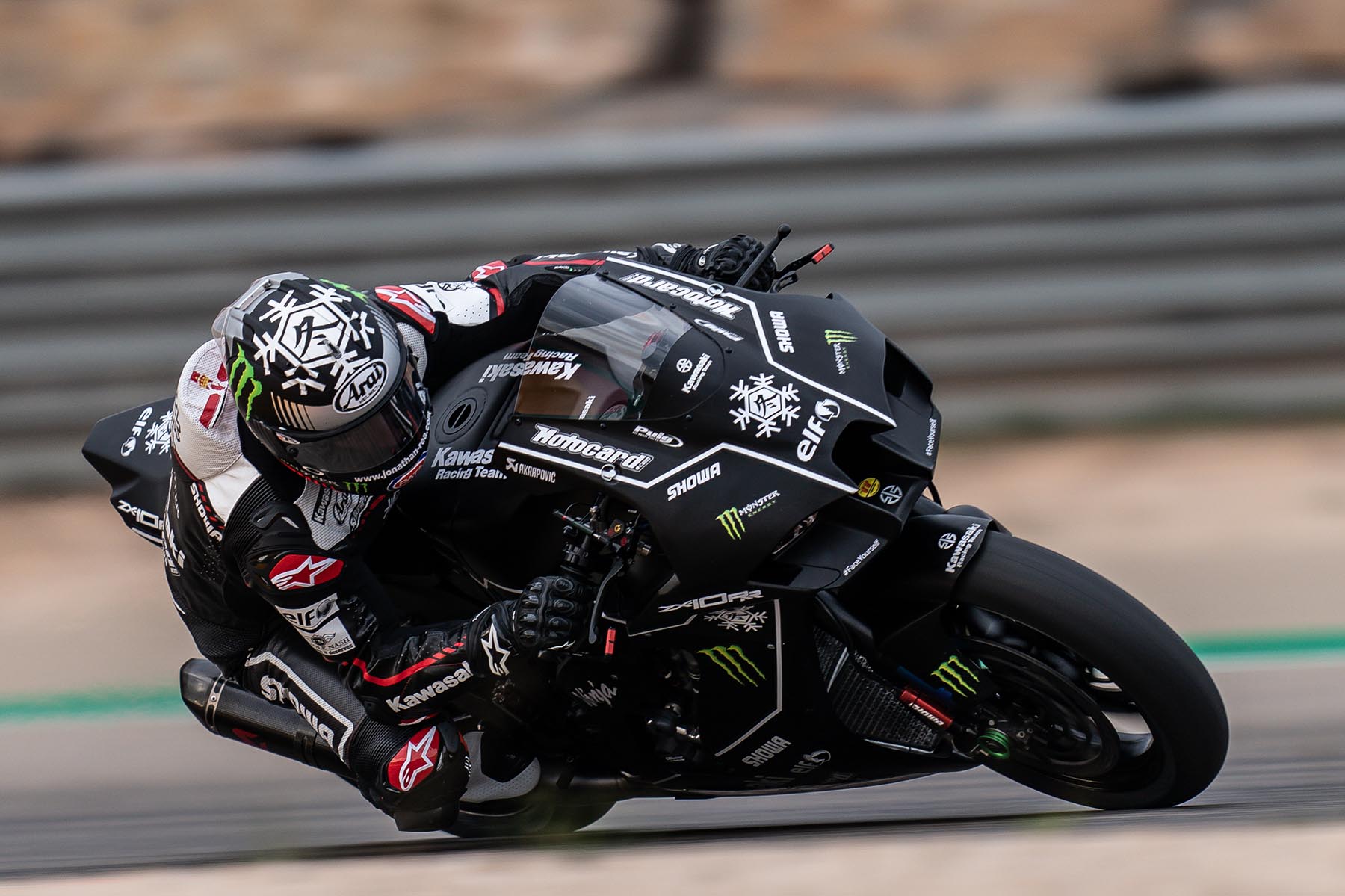 As with most aspects of life, 2020 was a strange old year for motorcycle racing. Coronavirus meant that all the main series started late, ran behind closed doors and packed a condensed season into little more than three months. In many cases races didn’t go ahead at all, including prestigious events like the Isle of Man TT, North West 200, the Suzuka 8-Hour endurance race and even the British Grand Prix.

It provided great TV viewing, but with a vaccine around the corner and hopes of a more normal 2021, there’s plenty to get excited about. Of course, Covid will still play its part and we’ll see a slightly later start to the season than usual in most championships, while some races are still provisional or even cancelled completely. We expect that there will be fans trackside though, and we can’t wait. Here’s why…

MotoGP was a real rollercoaster in 2020. When racing finally got underway behind closed doors for the premier class in July, the season was blown wide open when Marc Marquez suffered an arm injury that would keep him out for the rest of the season.

That injury casts a doubt over the six-time champion’s participation in 2021. Marquez has since undergone a third operation on his broken arm and could well remain unable to race when the 2021 campaign is scheduled to get underway in Qatar in late March.

Last season was one of the most unpredictable ever, with nine different race winners, and 2021 could well prove to be more of the same.

Despite being the smallest of the Japanese factories, Suzuki’s bike and riders were the most consistent in the topsy-turvy season, with Joan Mir winning the title in just his second season in the class, despite winning a solitary race. His team-mate Alex Rins was third overall, despite being injured during the opening rounds of the compressed season. Expect the GSX-RRs to be competitive again in ’21.

Yamaha started off the season in sensational fashion but struggled with consistency, so it will be interesting to see if they can turn the potential into a title in 2021. French sensation Fabio Quartararo won the opening two races last year but faded badly and finished eighth in the standings. He moves to the factory squad alongside Maverick Vinales, who was sixth overall with one win. If they find the magic ingredient, either Yamaha rider could win the title in 2021. Italy’s Franco Morbidelli was actually the top ranked Yamaha man in 2020, winning three times and finishing second overall despite being on the older spec YZR-M1 at the Petronas SRT squad. He remains with the Malaysian owned team, where he will be joined by the legendary Valentino Rossi, who swaps seats with Quartararo. The Italian had a reasonably strong start to 2020 but it all fell apart after he contracted Covid mid campaign. Fully fit, the 42-year-old will be hoping to have at least a few more podium finishes in his illustrious career.

If things were unfathomable at Yamaha, then they seemed to be self-destructing at Ducati in 2020. Relations with factory riders Andrea Dovizioso and Danilo Petrucci went sour quickly. With no Marquez, Dovi would have been a massive title favourite but in the end he finished fourth, with just one win to his name. He won’t be racing in 2021, as Ducati promotes Jack Miller and Pecco Bagnaia from the Pramac Team. Ducati actually won the manufacturer’s title this season and both riders can be title contenders with a small step up in consistency in 2021. Johann Zarco and newcomer Jorge Martin will fill the satellite squad, with Italians Luca Marini and Enea Bastianini running the older spec Desmosedici GP20 for the Esponsorama outfit.

Without Marc Marquez as their talisman, Honda struggled in 2020 and failed to win a race. Brother Alex showed some signs that he could get to grips with the RC213V as the year went on, and he joins Takaaki Nakagami at the satellite LCR squad. A fully fit Marc would still be title favourite, though new team-mate Pol Espargaro is fast and fearless.

Espargaro was a surprise package in 2020, finishing fifth overall on the previously unfancied KTM. The Spaniard took five third places and was the highest placed orange bike, even though the Austrian manufacturer actually won three races. Some paddock pundits believe that the KTM may now be the best bike in the series and Portugal’s Miguel Oliviera, winner of two races, moves to the works Red Bull team alongside fellow race winner Brad Binder. If either can find consistency, they could lead a title charge for KTM, who will once again have a satellite squad, where Petrucci will be joining Spain’s Iker Lecouna.

The final factory is Aprilia. The perennial poor relations of the class retain Aleix Espargaro, with the second seat likely to go to Italy’s Lorenzo Savadori. Neither is likely to be fancied for a podium finish, however Aprilia’s poor showings in recent years mean that they are not subject to the same development freeze as the other teams, which at least gives them a chance to close the gap to the others.

Cal Crutchlow’s retirement from racing means that there will be no full-time Brit in MotoGP for the first time since 2010, but British riders will be among the favourites in the two smaller classes.

Sam Lowes narrowly missed out on the 2020 Moto2 title but won many hearts by bravely scoring points in the last two rounds with a broken hand. Fully fit, the 30-year-old Lincolnshire rider will start the year as title favourite in the intermediate class.

Looking to stop him will be the Carole Nash-backed Jake Dixon. The ever popular 25-year-old Kent rider had a breakthough year as he moved from the mid-pack in his debut season to a podium contender. He ended the year with a badly broken wrist but if that doesn’t cause him problems, he should be real contender in 2021. In Moto3, Scotland’s John McPhee is the elder statesman of the class and will be among the title favourites. The 26-year-old has spent a decade in Moto3, scoring three wins in the class. With a potential move to Moto2 falling through, he’s been retained by the Petronas SRT squad to lead their title charge in the smallest class.

Not too many changes in world superbikes for 2021. Carole Nash ambassador Jonathan Rea (pictured) will start the year as title favourite, having been unstoppable in the past six seasons. WorldSBK’s all time greatest rider needs one more win to reach the magic century and will have an updated Kawasaki ZX-10RR at his disposal. Kawasaki Racing Team partner Alex Lowes will likely prove a worthy rival, while fellow Brit Scott Redding, riding the factory Ducati, is likely to be the bookies favourite as the man most likely to dethrone the king. He’s joined at the factory Bologna squad by Michael Rubin Rinaldi, who has swapped places with Chaz Davies, who switches to the privateer GoEleven team.

Turkey’s talented Toprak Razgatlioglu is likely to be a race winner on his Yamaha, while BMW has big plans for success with its new M1000RR. They’ve lured Michael van der Mark from Yamaha to join former champion Tom Sykes at the British run squad, while factory tester Eugene Laverty joins a new satellite team. Honda too will likely be strong in their second season back in the championship, with an unchanged line up of Alvaro Bautista and Leon Haslam.

There are still a few seats to be announced in British Superbikes, however 2021 could mark the beginning of a period of changing of the guard in BSB.

Top five riders from 2020 are staying put. Visiontrack Ducati and McAMS Yamaha remain unchanged, with champion Josh Brookes and third placed Christian Iddon on the Italian bikes, with runner-up Jason O’Halloran and fifth placed Tarran Mackenzie leading the blue brigade. Fourth placed Glenn Irwin remains with the official Honda UK squad, who look likely to announce 22-year-old Japanese hotshot Ryo Mizuno as his team-mate. The highly rated former Japanese champion is a complete unknown on the unique UK circuits, but should prove an exciting addition to the series in his rookie season.

Kawasaki’s official FS-3 Racing squad retains Lee Jackson, eighth in a breakthrough 2020 campaign, and have won the highly coveted signature of 19-year-old Rory Skinner. The Scottish teenager destroyed the opposition on his way to the supersport title last year and may prove a dark horse on the updated-for-2021 ZX-10RR.

There will be at least six strong BMWs on the grid in 2021. The M1000RR replaces the S1000RR, which failed to fulfil its potential as a race bike, and if the bike lives up to the hype any one of six BMW riders could take a place in the season-ending title-deciding ‘showdown’.

The Northern Ireland based Synetiq BMW squad remains the official ‘factory’ entry and lines up with former race winners Andrew Irwin and Danny Buchan, while the Rich Energy OMG Racing squad have two talented youngsters in Kyle Ryde and Bradley Ray. Both are in their early 20s and have beaten top MotoGP stars in their youth careers, as well as winning BSB races in the past. Given the right team and equipment, both are potential championship. The new FHO BMW team is another with experienced riders, with TT legend Peter Hickman joined by Spain’s Xavi Fores.

Tommy Bridewell, seventh in 2020, is another former race winner and stays with the Oxford Products Ducati team. Other seats are still to be announced, with former Moto3 world champion Danny Kent linked with Suzuki, alongside Moto2 podium man Gino Rea. Jake Dixon’s former RAF Kawasaki team are another to declare their hand but could well keep the fast 21-year-old Ryan Vickers. Look out too for the supersport class, where Triumph are returning to action with an official team running a Street Triple RS based racer.

What about the roads?

Coronavirus saw real road racing all but wiped out in 2020 and 2021 isn’t looking great either.

The Isle of Man Government has already announced the cancellation of the 2021 TT races and although the status of the others remain up in the air, the loss of the TT will likely have a knock on effect as the big name riders and teams build their seasons around the event.

A decision is still to be made on the late summer Classic TT and Manx Grand Prix, so it is possible we will see some racing around the iconic island course in 2021.