Are you a fan of the CB1000R but want something that little bit flashier? Well look no further than the new limited edition CB1000R 5Four.

Based on the usual CB1000R (including a quickshifter as standard) the 5Four has been created by 5Four Motorcycles’ Guy Willison – a professional bike designer and builder, who you might’ve seen alongside Henry Cole on The Motorbike Show, or as a host at classic motorcycles shows around the country.

It looks pretty trick too, with a host of extras to make it stand out. For starters, it has a Honda Endurance-inspired paintwork, with a custom-made composite front headlight fairing, hand-painted Honda tank logo, handstitched diamond leather seat and a custom-made tail tidy with a reflector mount that can look after both a show plate and a standard number plate. 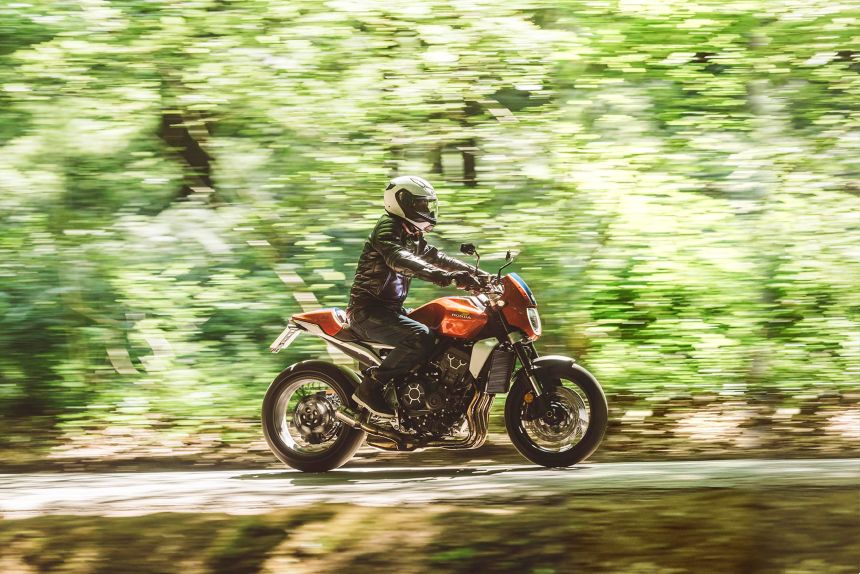 You also get a non-road legal Racefit titanium Growler-X exhaust, slimline LED rear light, aftermarket mirrors, brake and clutch levers and a signed certificate of authenticity, alongside the option to have Guy Willison’s signature too.

Each bike will be individually numbered and will cost £16,954. As it’s an official Honda UK model, it will also be available under a PCP package, which will mean you can pick one of these up for £199, with a £2,654.01 deposit.

If a brand new, modified motorbike with a warranty is up your street head over to your local Honda dealership to find out more or place an order.