Triumph has taken the opportunity to use the incoming Euro5 emissions regulations to sharpen up its Modern Classic range, adding power and reducing weight to improve performance and handling of its most venerable models.

In line with the changes made to the range-topping Thruxton RS last year, the 1200cc Bonneville T120 gets new engine internals to reduce emissions and improve fuel economy.

The engine’s internal mass has been significantly reduced, mainly through the adoption of a lighter crankshaft but also combined with a revised clutch and balancer shaft setup, and the result is an engine that promises a better throttle response as well as cleaner running. The Brembo brake calipers are also updated, while new aluminium wheel rims combine with the engine changes to deliver a 7kg overall weight loss – which should lead to greater agility and better roadholding. Power remains at 79bhp, with a meaty 105Nm of torque from the parallel twin unit, while other detail changes and refined electronics mark the 2021 model over the previous generation. The Speedmaster and Bonneville Bobber cruiser variants will also receive engine updates to meet Euro5 standards, as well as some small detail changes. 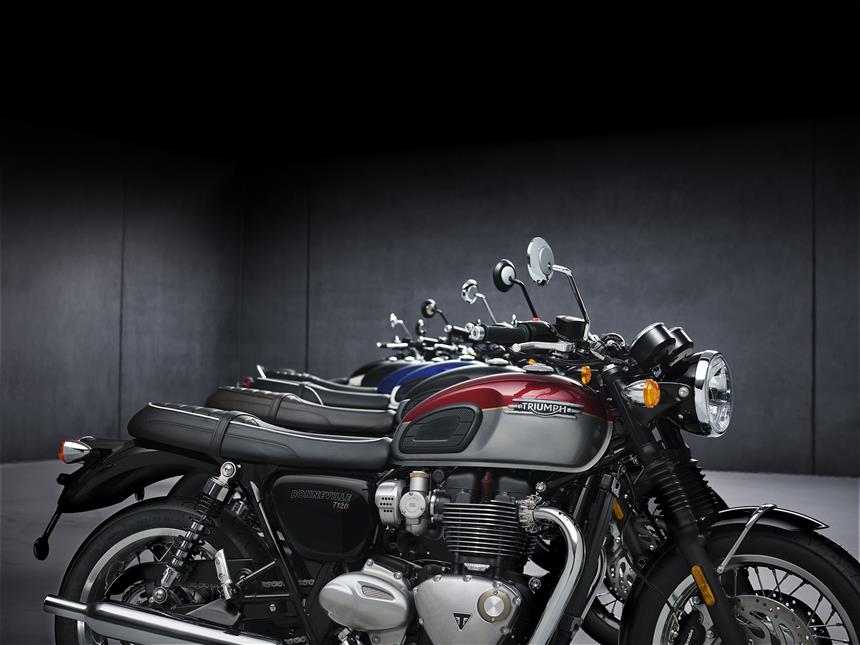 The 900cc models have received a more significant update, with the benefit of a 10bhp power boost as well as the diet brought about by the revised crankshaft and balancer shafts.

Both the Street Twin and Bonneville T100 engines get an additional 500rpm and a power hike to 65bhp, although an A2 restrictor kit is available for new riders.

In the more classically styled Bonneville T100, the engine changes lead to a 4kg weight reduction, while other updates include new fork internals and a higher specification Brembo front brake caliper. The Street Twin gains some additional detail changes, including a more comfortable, and generously padded set, new cast aluminium wheels and a Brembo front brake caliper. There will also be a run of up to 1000 ‘Gold Line’ editions of the Street Twin, which features a hand coachlined fuel tank with, as the name suggests, gold detailing over the black paint. The Gold Line models also feature Triumph’s heritage logo, as used during the company’s Meridan era, as well as gold detailing on the wheels and side panels, and come with the usual certificates of authenticity. 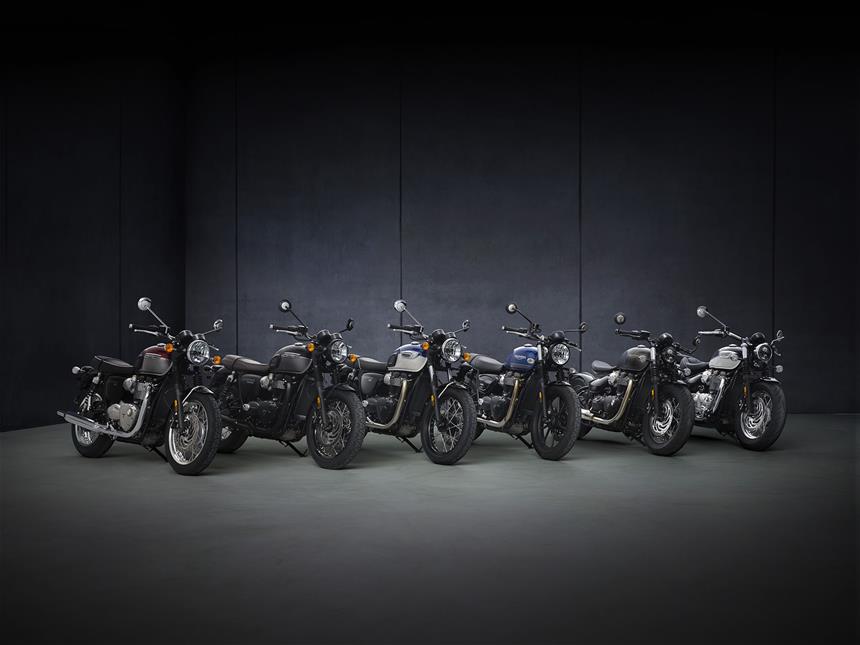 The limited edition model will be in showrooms from May, while the others will arrive in March and April. Triumph has also confirmed that it will be updating its Scrambler models, with full details expected in April.