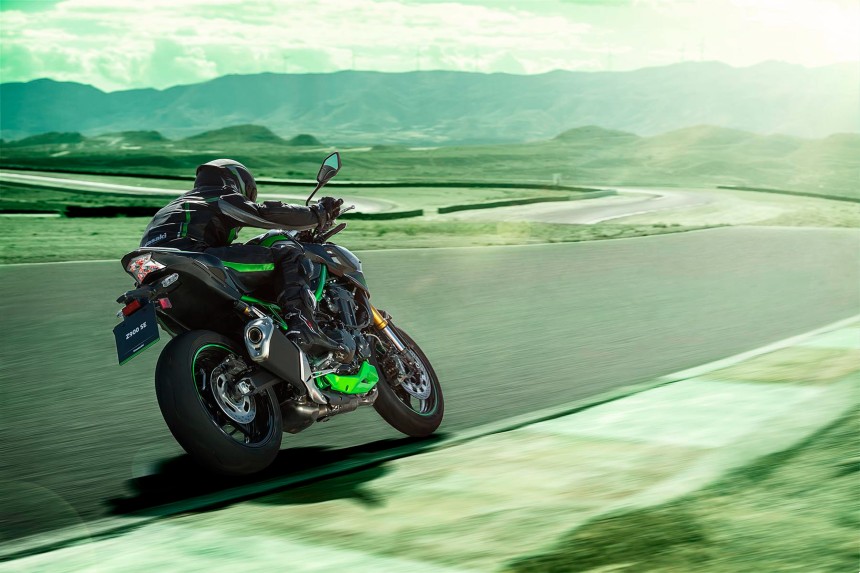 The Z900 has always been an impressive machine in Kawasaki’s armoury, offering a fun and intuitive ride for a reasonable price, that means it has sold incredibly well. But for 2022 Kawasaki have been back to the drawing board and have gifted their Z900 with some higher-spec goodies, in order to bring it in line against the competition.

It’s a tough class, with the likes of Triumph’s Street Triple and Yamaha’s MT-09 already offering standard and upgraded versions to cater for riders with differing needs and budgets.

In line with their competitors, the Z900 SE focusses on upgrading the cycle parts.

Although the engine and chassis remain the same, Kawasaki have been to work in order to make sure that the SE handles and stops better than ever. For starters, it will now come with a set of more powerful Brembo M4.32 monobloc calipers, complete with twin 300mm discs. They’ve then gifted it with some gold coloured, fully adjustable, forks and an Öhlins S46 shock for good measure, which have revised settings for a better ride too.

Kawasaki have then stuck a suite of electronic aids on, including traction control, riding modes and an ‘assist and slipper’ clutch, which is all fed back through a new dash that will now allow for smartphone connectivity.