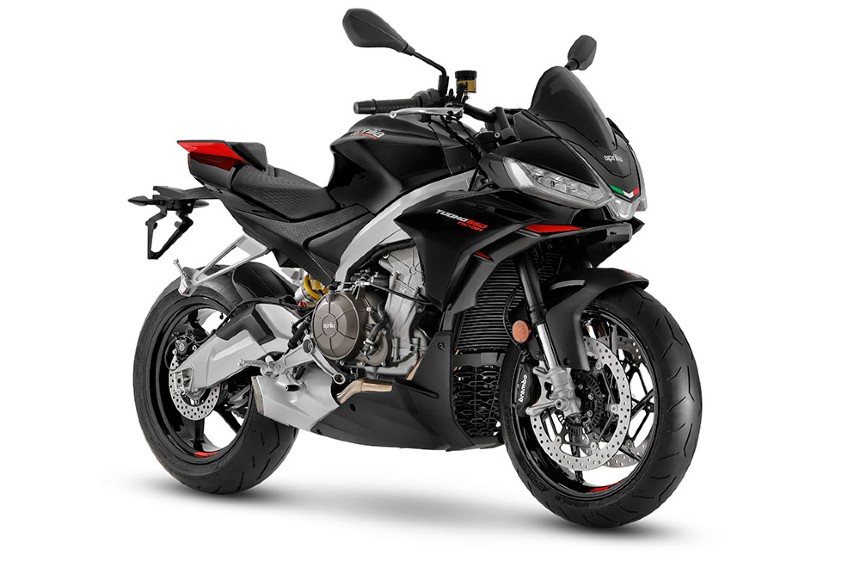 It’s fair to say that Aprilia’s Tuono 660 is an impressive machine – it blew us away when we had the chance to throw a leg over one earlier this year. It’s already pretty trick for a middleweight twin but, if the standard model just doesn’t quite tickle your fancy, Aprilia have gone the extra mile to make this: the Tuono 660 Factory.

So, what’s the difference between this and a bog standard one? Well most importantly, unlike the bigger Factory machines in Aprilia’s range it’s not some snazzy, electronic suspension - the headline here is that the power-to-weight ratio has actually been vastly improved.

Although the standard Tuono 660 used a slightly detuned version of the RS 660’s motor, the Factory model uses the full-fat edition, giving it a 5bhp boost to 100bhp. It’s also been given a shorter final drive for better acceleration (16 teeth instead of 17), and a lightweight lithium battery that reduces the overall weight of the machine by about 2kg.

Electronically, the Tuono 660 Factory gets the full bulk of the APRC electronics suite, including a six-axis IMU, five rider modes, all the riding aids you can think of and now, a quickshifter and autoblipper as well. To top it off, it’s been given some better suspension that is not semi-active but instead fully adjustable, alongside some dark, mean looking graphics and a single-seat unit.